Cadillac is leading the way in GM’s electrification efforts, with a total of eight new all-electric Cadillac models slated to go on sale in the U.S. by the end of the 2026 calendar year. Among these is a new large crossover model scheduled to launch in 2024.

In a recent report, Automotive News details Cadillac’s model plans beyond the mid-point of the decade, including both internal-combustion and all-electric vehicles as the luxury marque pivots to battery power. Included in the list of upcoming vehicles is a so-called large crossover.

“A large electric crossover will launch in 2024,” Automotive News states. “It is expected to be built at Spring Hill Assembly in Tennessee, alongside the Lyriq.”

At present, the GM Spring Hill plant produces several different GM crossover models, which not only include the all-electric Cadillac Lyriq, but also three ICE-based models – the Cadillac XT5, Cadillac XT6, and the GMC Acadia.

Going forward, the details of this new large Cadillac electric crossover remain unclear. However, it will incorporate GM’s Ultium battery technology and GM’s Ultium drive motor technology with regard to the powertrain. That being said, Automotive News also expects that by 2026, the only ICE-powered vehicle in the brand’s lineup will be the Cadillac Escalade.

Cadillac has stated that its North American lineup will be all-electric by 2030, but vehicle rollouts will be based on myriad competing factors, including demand, economic forces, infrastructure, battery availability, and pricing. 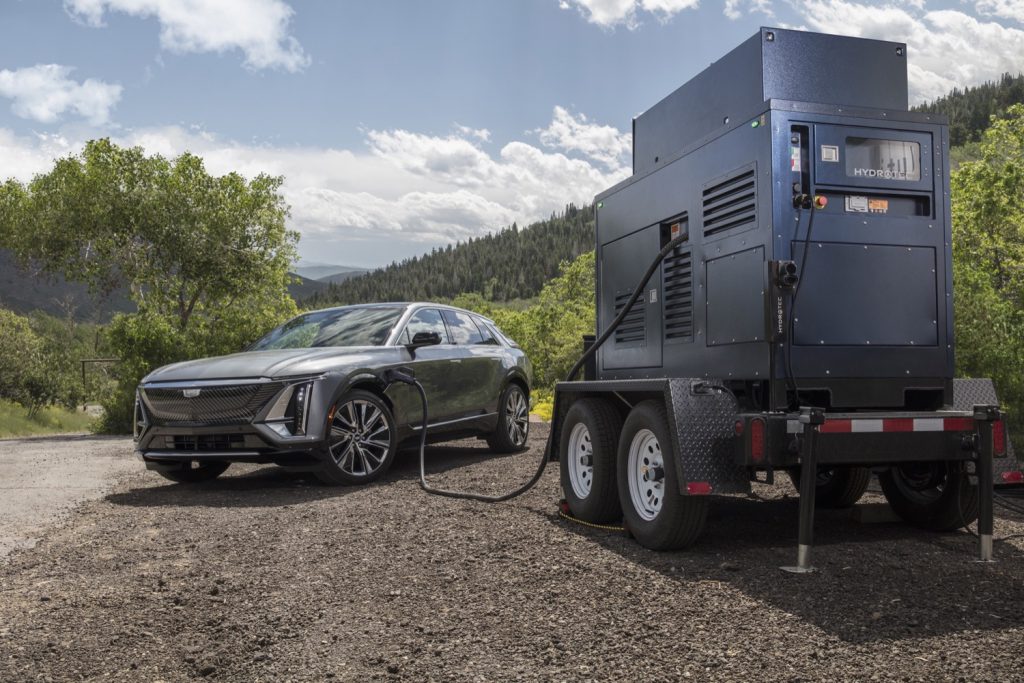 The Cadillac Lyriq is the first full-production Caddy EV out the gates, while future EV offerings will include the new Cadillac Celestiq, framed as the brand’s latest full-size flagship ultra-luxury sedan. Cadillac will also offer an electrified version of the popular Escalade SUV, a compact electric crossover model, and a pair of all-electric sedan models as well.