The first season of Knight Rider, the iconic television series starring David Hasselhoff, was released to the public on the 26th of September, 1982. That means the 40th anniversary of the action crime drama is just around the corner, and Hot Wheels is marking the occasion with a limited-edition 1982 Pontiac Trans Am diecast replica of the series’ artificially intelligent hero car, K.I.T.T.

Hot Wheels recently unveiled a unique Pontiac Trans Am K.I.T.T. diecast model with a working LED scanner bar, emulating the original “anamorphic equalizer,” from the series, along with an accurate gloss black-painted exterior with black wheels and a blue and yellow California plate reading “Knight.” Users will be able to recharge the diecast via a charging port in the bottom of the vehicle.

“So what makes this car different from all the previous Hot Wheels castings is it has a working scanner, which we’ve never been able to do in 1:64 scale before,” Vetuskey explained. “Also equally impressive is we still have an interior, so we still have the dashboard, the seats, we even added a courtesy cover in the trunk, so it’s a little point of difference from our mainline castings.” 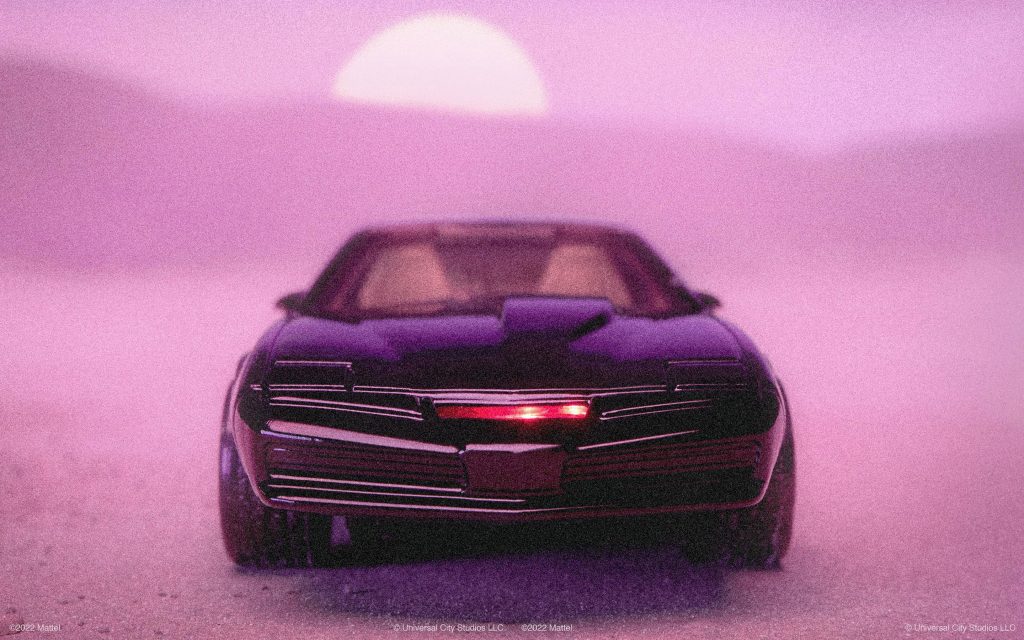 K.I.T.T. was based on a 1982 Pontiac Trans Am, with the vehicle’s A.I. system voiced by actor William Daniels. The vehicle is one of the more iconic cars from the small screen, joining the ranks of the Dukes of Hazzard’s General Lee and the original Batmobile.

The Hot Wheels K.I.T.T. model will be available to purchase via Hot Wheels web shop on July 22nd, 2022, or from the Mattel booth at the San Diego Comic Con later this month.