Just last week, we caught GM testing a curious-looking GMC Sierra AT4X-based prototype, which appeared to be fitted with parts from American Expedition Vehicles, including a high-clearance front bumper. Now GM has officially unveiled the truck, dubbed the GMC Sierra AT4X AEV Edition, which promises to pushes the capability of the go-anywhere AT4X trim level to new heights. 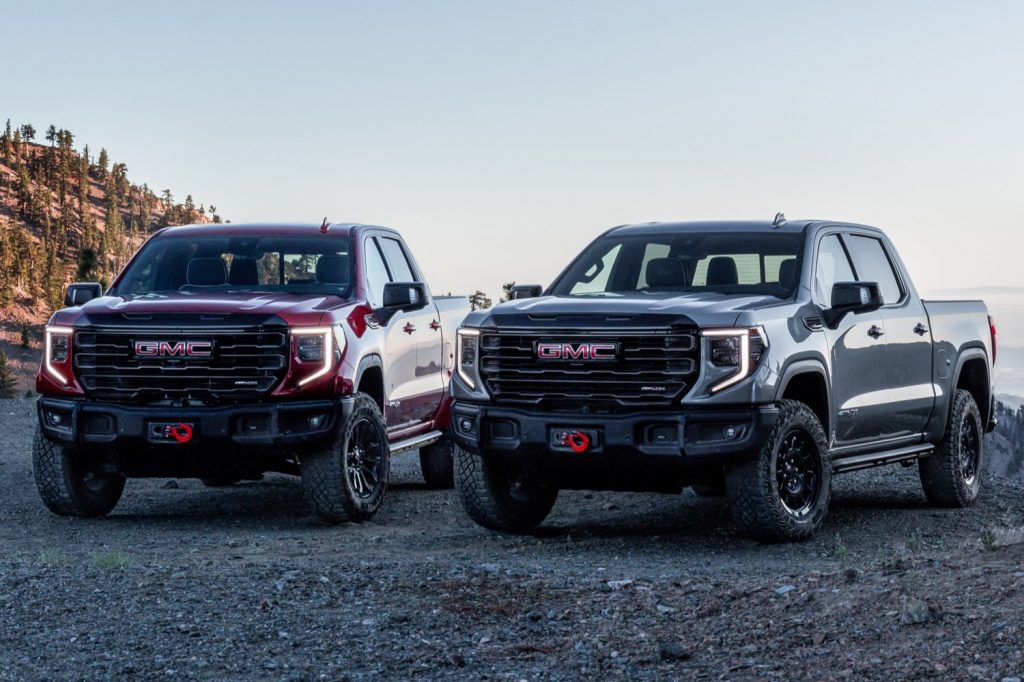 Simply put, the 2023 Sierra 1500 AT4X AEV Edition is the most off-road capable factory Sierra 1500 ever. Like the Chevy Colorado ZR2 Bison models, which was also developed with input from American Expedition Vehicles, the GMC Sierra AT4X AEV Edition features various parts from the aftermarket company intended to make it more capable and durable. This includes the following: 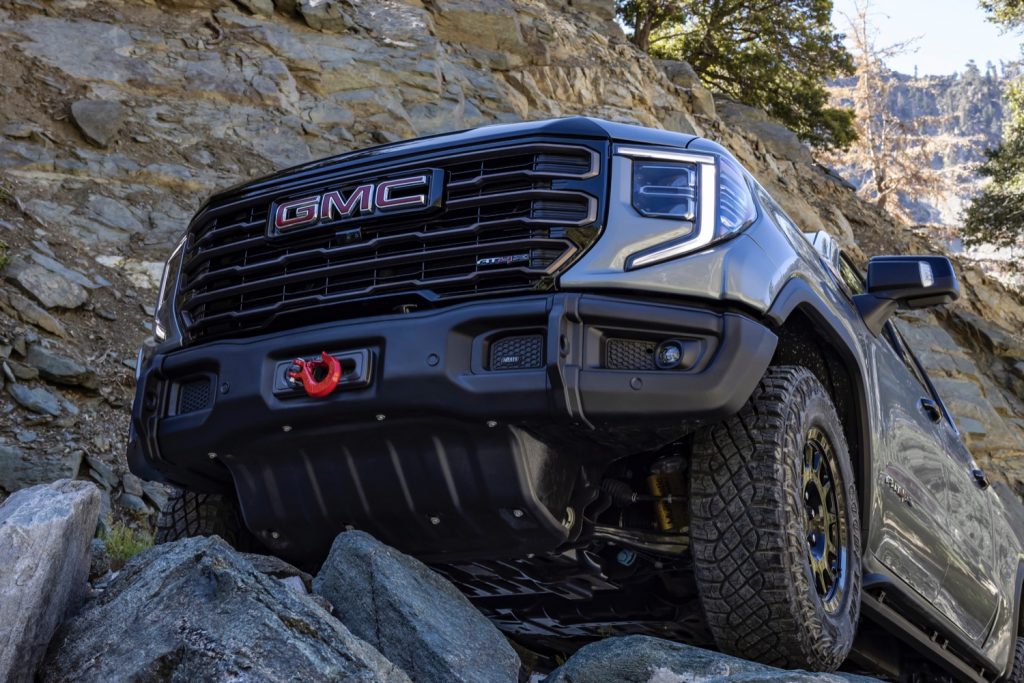 Compared to the standard 2022 Sierra 1500 AT4X, the AEV Edition features an improved front approach angle, which increases by more than 27 percent to 32.5 degrees. The departure angle also improves to 23.4 degrees (up from 23 degrees), while breakover angle improves to 23 degrees (up from 22.7 degrees). The truck’s ground clearance has also been raised by 0.4 of an inch to 11.2 inches.

Based on the standard GMC Sierra AT4X, the AEV Edition also carries over key components from that trim level, including the DSSV dampers, front and rear e-locking differentials and a two-speed selectable transfer case. The only available powerplant is GM’s naturally aspirated 6.2L V8 L87 gasoline engine, which is rated at 420 horsepower and 460 pound-feet of torque, and comes paired with the GM 10-speed automatic transmission. 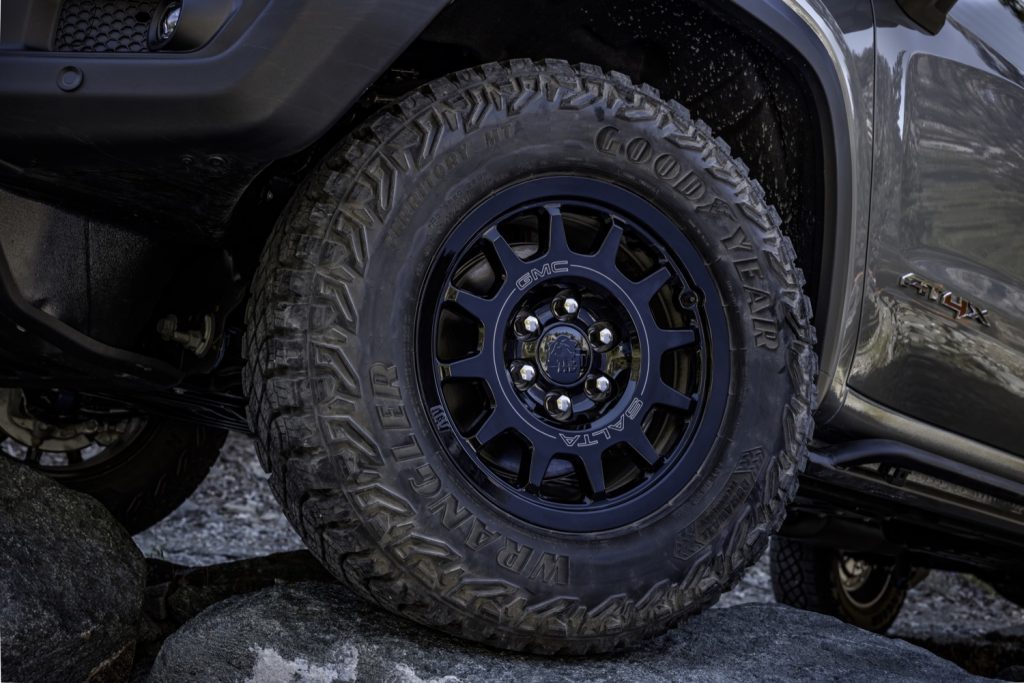 GM says a new Sierra 1500 AT4X variant with AEV components will be available later in the model year. This model will include some of the components from the AEV Edition, including the steel winch-capable front bumper, boron steel front approach skid plate and 33-inch Goodyear Wrangler Territory MT tires, to act as a middle-ground model between the AT4X and ultra-capable AEV Edition. 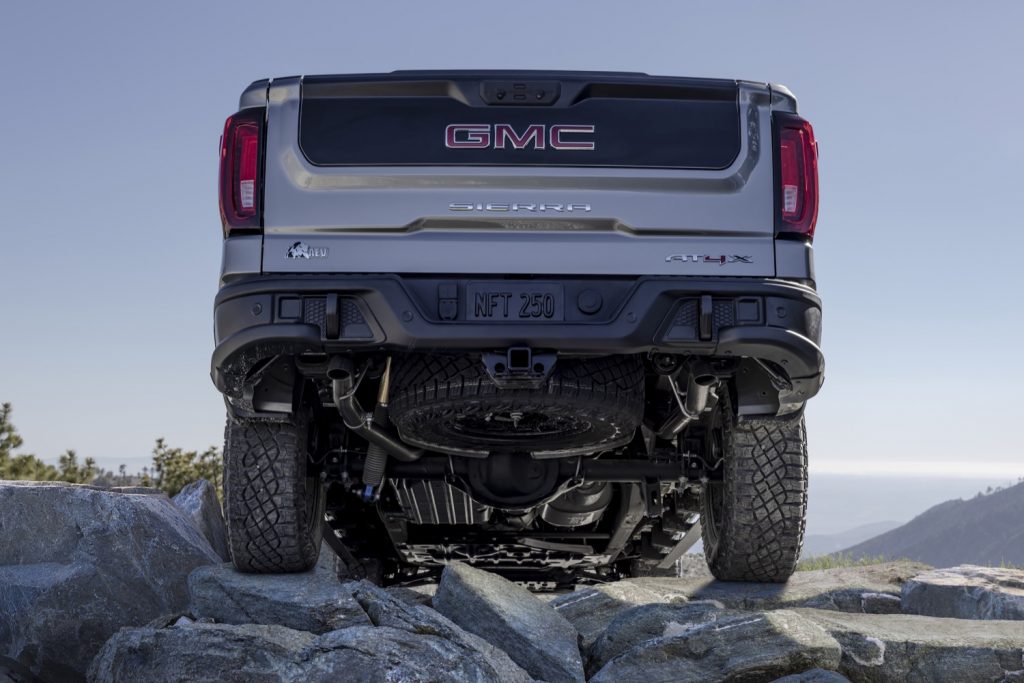 Pricing for the 2023 GMC Sierra AT4X AEV Edition has not yet been announced. We’ll have all the official pricing details shortly, so be sure to subscribe to GM Authority for more GMC Sierra news, GMC news, and around-the-clock GM news coverage.