GM might be transitioning to an all-electric lineup, but the history of internal combustion is not to be denied. Indeed, with well over 150 years of commercially viable applications, the internal combustion engine is undoubtedly one of the most important technologies ever invented, and now, we’re taking a step back to 1935 with the following informational video chronicling the journey of a drop of gasoline as it travels through a Chevrolet fuel system. 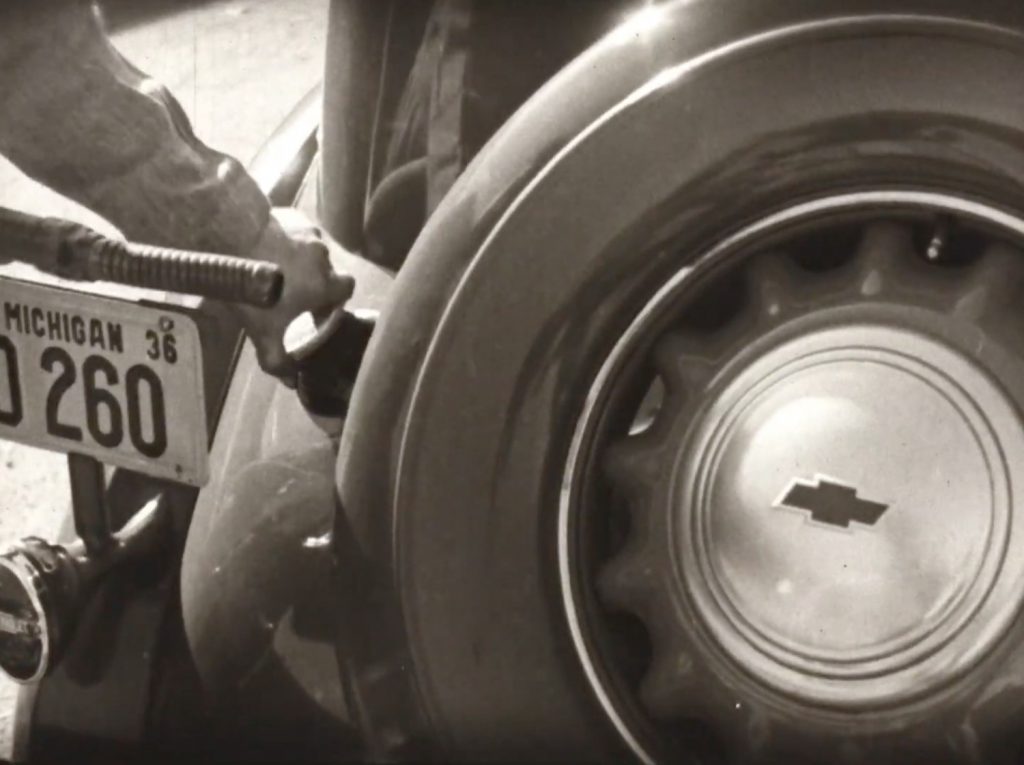 The video, titled “Down the Gasoline Trail,” was produced by the Jam Handy Organization in collaboration with Chevrolet as part of the automaker’s Direct Mass Selling series of videos, per the video description. The video, which is entirely black and white, includes animation that demonstrates how gasoline works its way from the fuel tank to the engine cylinder to be transformed into power, and was broadcast on NBC in October of 1939.

The video opens with fuel pumped into a 1935 Chevrolet Sedan, where we meet an animated droplet of gasoline that dives headfirst into the fuel tank. As the droplet dives to the bottom of the tank, it enters the gas line, where it starts its journey to the engine. 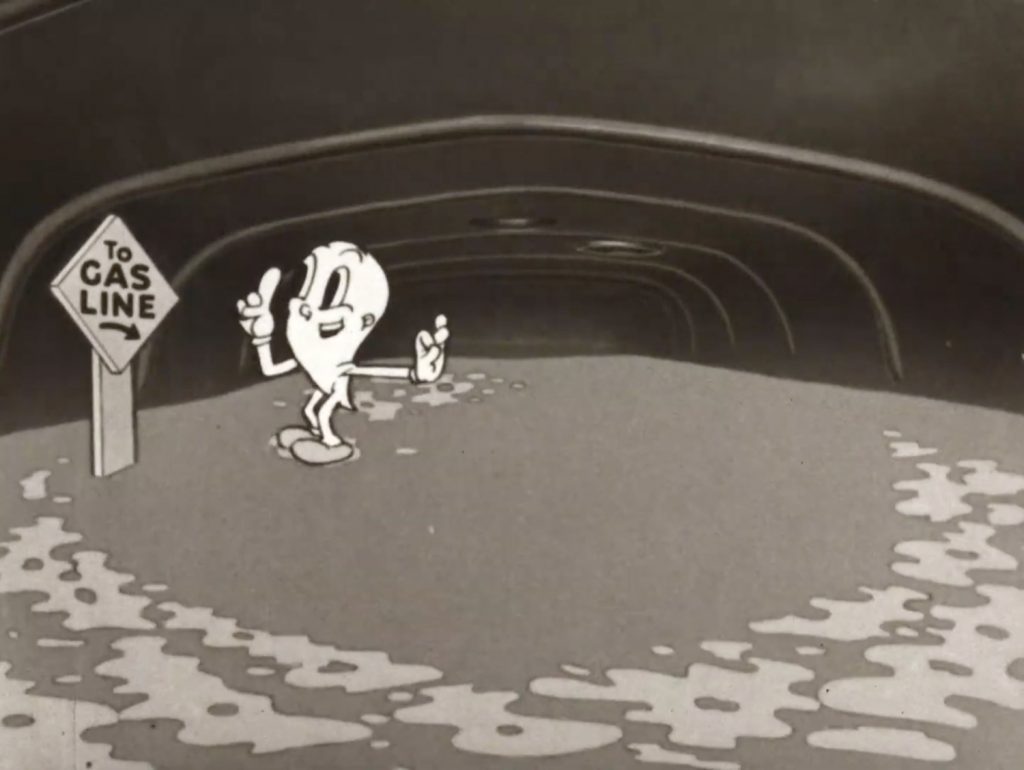 In addition to seeing animated sequences of the anthropomorphized gas droplet, the video also includes a few real shots of the fuel system to demonstrate where the gasoline is traveling. Up next, we get to the fuel pump, where our droplet friend finds a spot of trouble as it tries to pass through the fuel filter. With a bit of “dirt” removed, the droplet proceeds onwards to the carburetor. 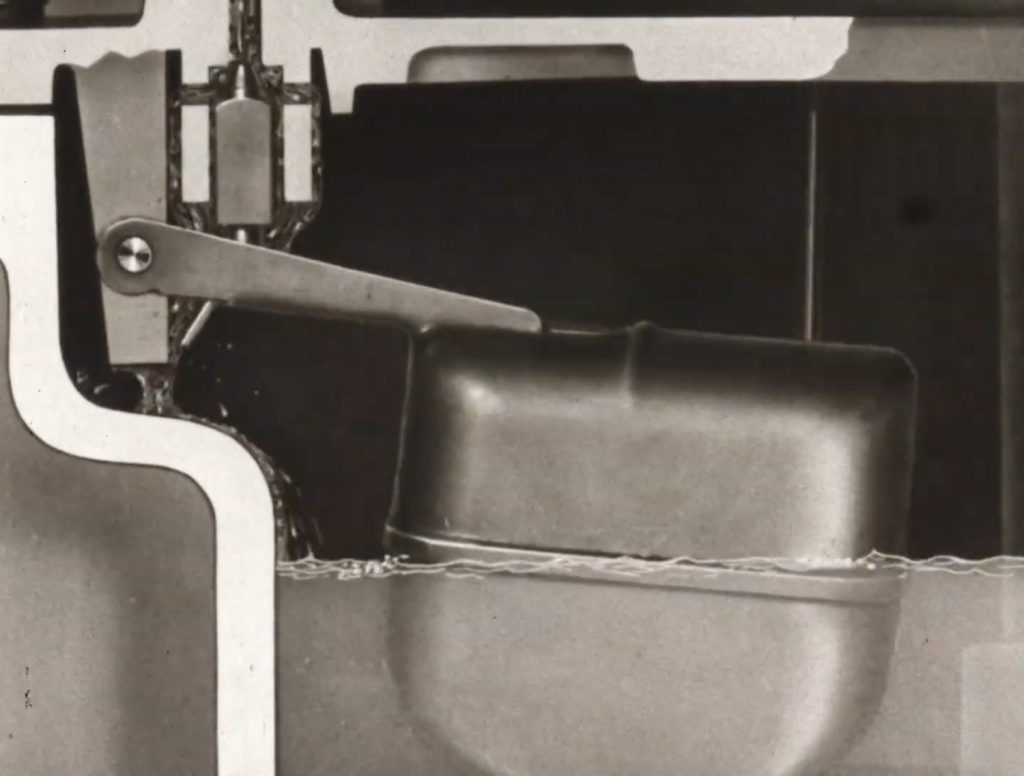 Here, we get the inner workings of the carb, which controls the flow of gasoline into the engine manifold and mixes the fuel with air. Finally, the droplet is shoved into the Chevrolet engine cylinder, where the spark plug ignites the air/fuel mix to create power.