The Goodguys Rod & Custom Association has unveiled a custom 1988 Chevy truck that it will give away to a lucky member of its club or show attendee in 2023.

This over-the-top build was completed by Roadster Shop, which is one of the most well-known names in the vintage American aftermarket industry thanks to its high-quality chassis and suspension components for domestic classics and muscle cars. Roadster Shop unveiled its new LowPro chassis for the beloved Chevy OBS (or “Old Body Style”) chassis last year, which is intended to meet growing demand for aftermarket parts that fit the C/K series of pickups that GM produced between 1988 and 1998. This giveaway grand prize helps promote the new OBS chassis, giving Goodguys’ members a rough idea of the kind of builds that are possible with the new aftermarket chassis. 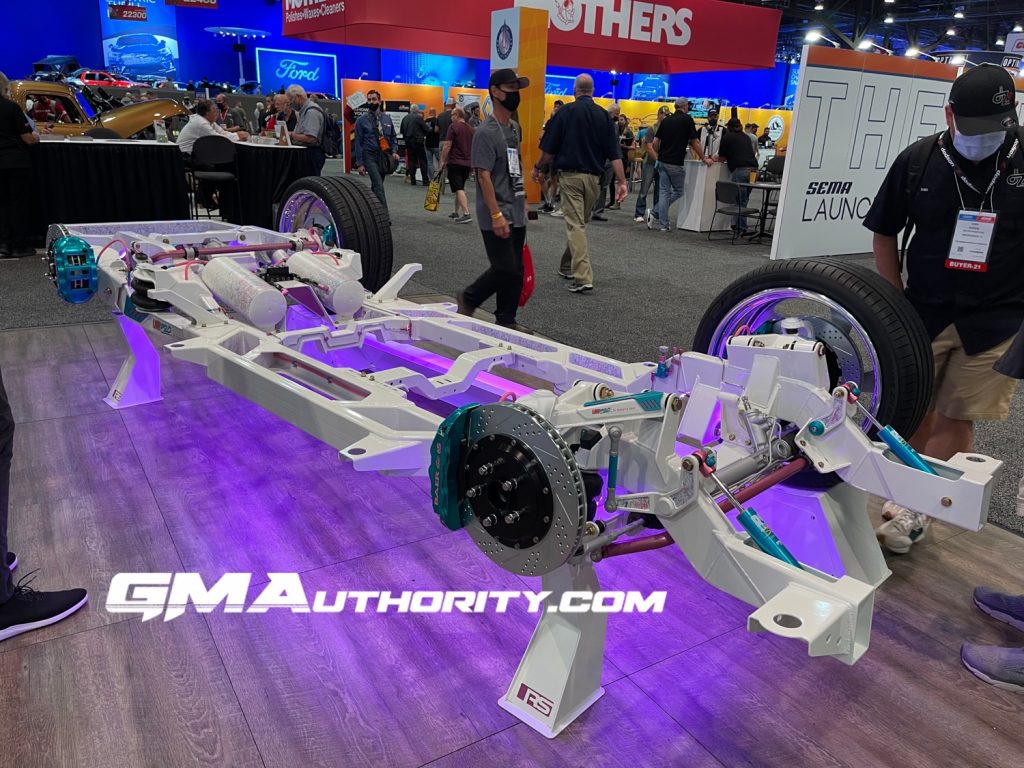 Pulling inspiration from custom cars and trucks of the late 1990s, this modified Chevy truck features a gloss white body with color-keyed bumpers, retro-look bodyside graphics and chrome trim. A set of five-spoke directional chrome wheels serve as a nod to the trends of the era and are joined by a set of teal-painted brake calipers, vented brake rotors, and purple underglow lights. The aforementioned Roadster Shop OBS chassis also has some subtle nods to the 1990s, including real and pink-anodized suspension components, teal and pink speckled paint and air ride suspension. 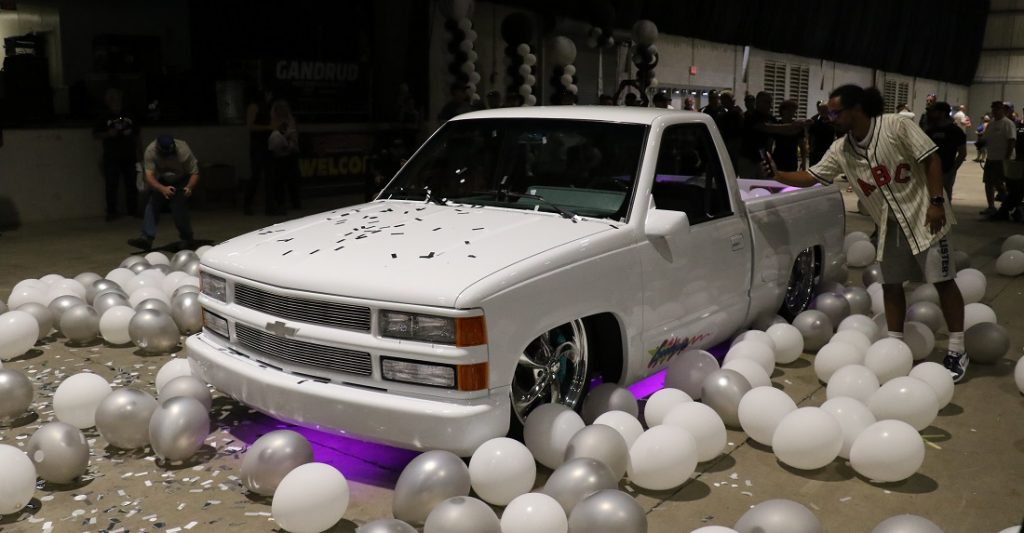 Power in this custom 1988 Chevy truck comes from GM’s tried-and-true 6.2L LS3 V8 crate engine, which sends power to the rear wheels through a beefed-up 4L60E transmission built by Bowler. Other highlights include a set of Ultimate exhaust headers, a Vintage air climate control system and a full Kicker audio system.

Those who want a chance to win this unique slammed Chevy truck can fill out the contest form via Goodguys’ website. All Goodguys Rod & Custom Association members with a valid membership on June 1st, 2023 will also be automatically entered into the giveaway contest. The winner will be announced at the Goodguys Ohio Nationals on July 9th, 2023.