GM autonomous tech is on the up, with the automaker working towards implementing not only semi-autonomous systems into its current range of passenger vehicles, but also fully autonomous tech with the new Cruise Origin robotaxi. Now, we’ve spotted not one, but two GMC Yukons testing new GM autonomous technology alongside a Tesla Model 3 sedan. 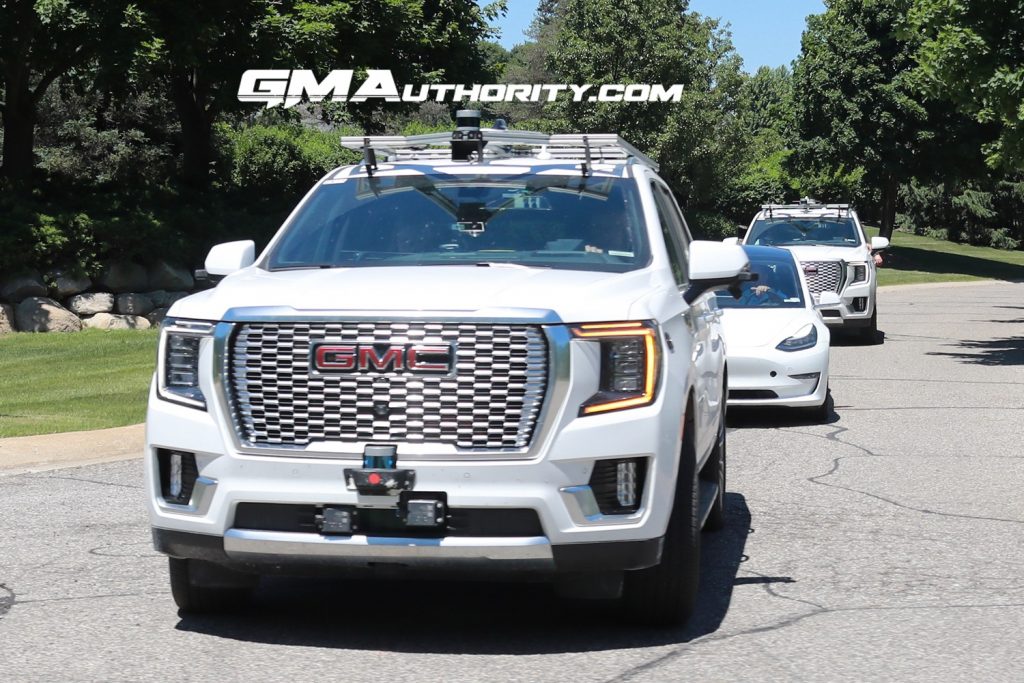 Exactly what was being tested here is a bit unclear. This particular GMC Yukon SUV represents the current fifth generation model, which was introduced for the 2021 model year, and looks to be equipped with a range of sensors on the roof. LiDAR, radar, and an array of cameras are all likely candidates here.

The pairing with the Tesla Model 3 is a bit strange. These two vehicles couldn’t be more different, with the only real common factor between the ICE-powered GMC Yukon SUV and all-electric Model 3 sedan being available autonomous technology, with the Tesla offering Autopilot, and the GMC offering the GM Super Cruise system (as well as whatever features are powered by all that additional equipment on the roof). 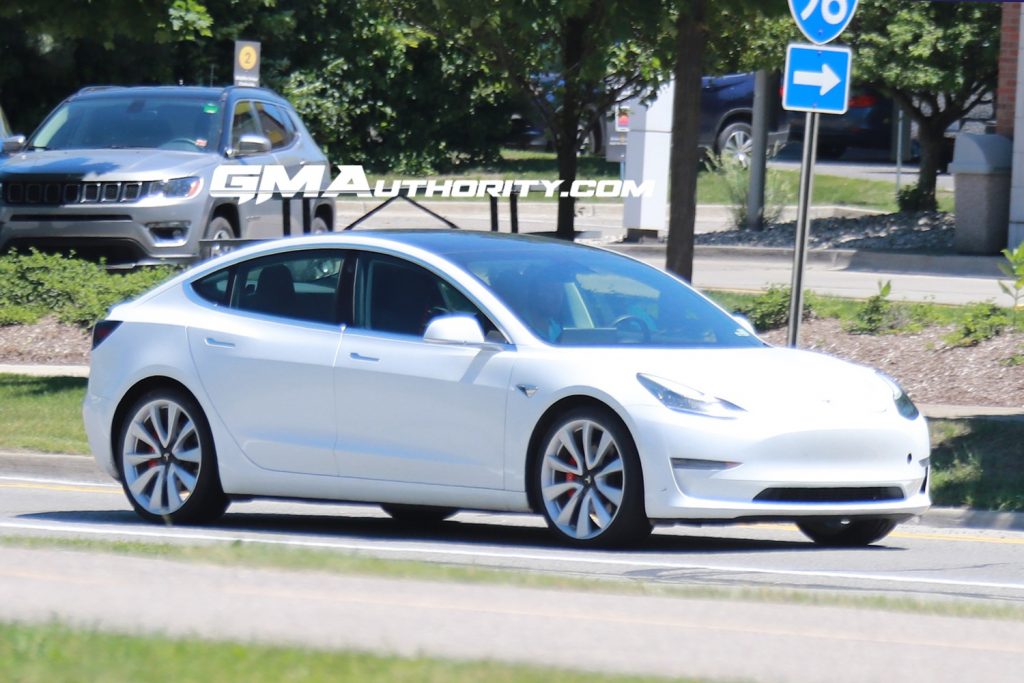 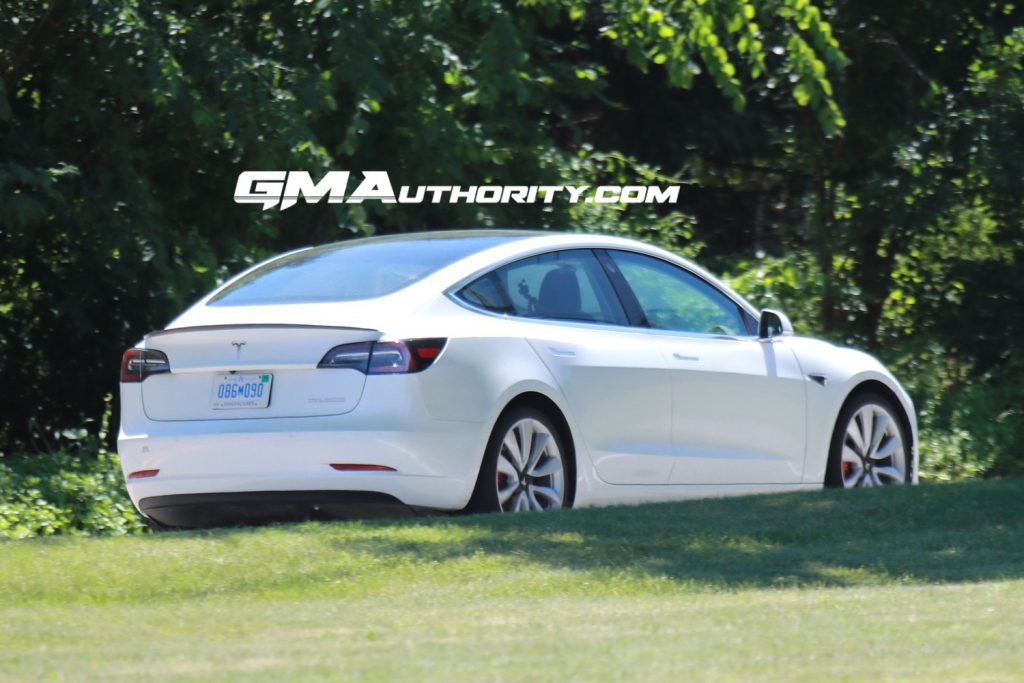 One possibility is that the GMC Yukon seen testing here may be trying out the next-generation of GM autonomous technology, specifically GM Ultra Cruise, which is set to offer hands-free driving assistance in “95 percent of driving scenarios.” By contrast, the GM Super Cruise system is only compatible with a selection of North American highways. The first production vehicle to offer GM Ultra Cruise will be the Cadillac Celestiq, the luxury marque’s upcoming halo sedan. 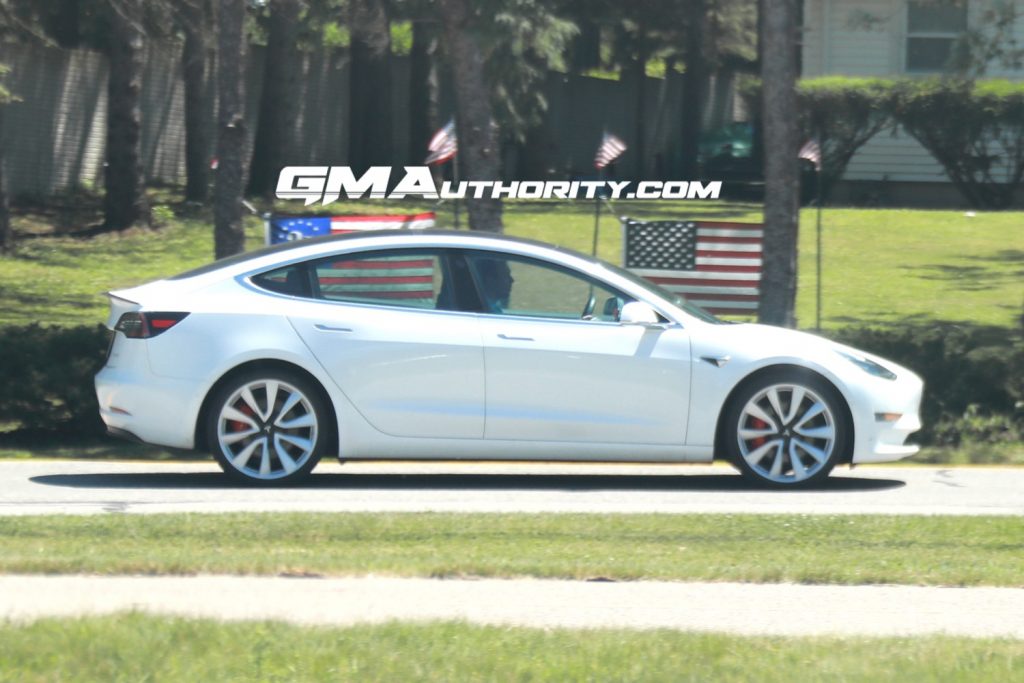 Either way, we’ll keep our ear to the ground for further updates. In the meantime, remember to subscribe to GM Authority for more GMC Yukon news, GMC news, GM technology news, and around-the-clock GM news coverage.