Earlier this year, GM revealed it would be expanding its relationship with American Expedition Vehicles to include a new Chevy Silverado ZR2 Bison variant. Now GM Authority spy photographers have caught a prototype for the upcoming GMC Sierra AT4X ‘Bison’ testing on public roads, giving us an early sneak preview of this future off-road truck. 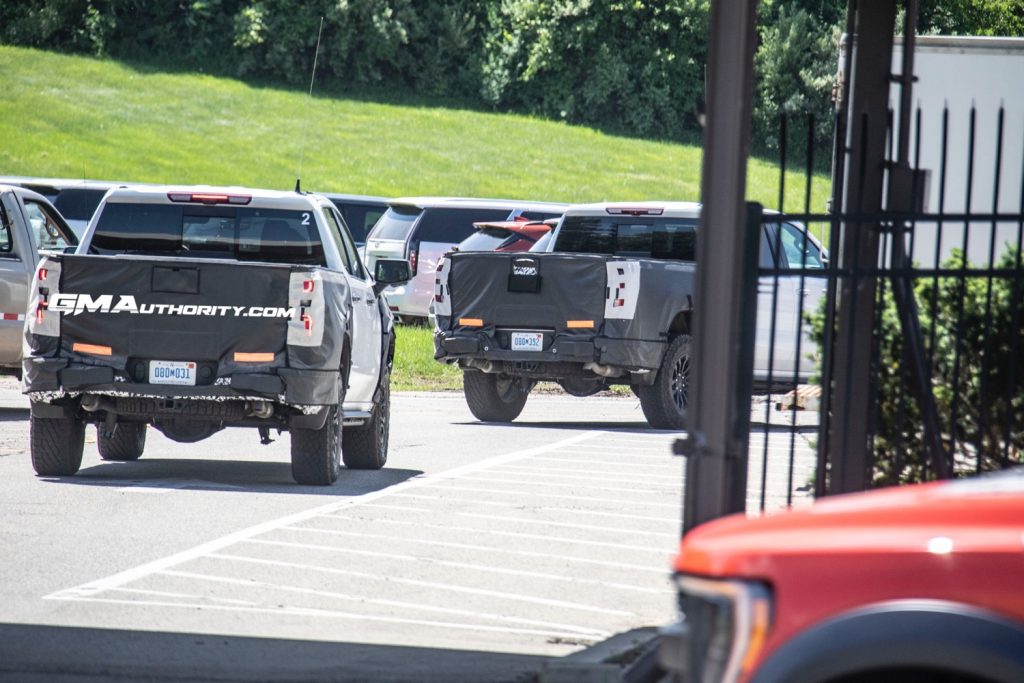 GM already had a well-established relationship with aftermarket supplier American Expedition Vehicles thanks to the Chevy Colorado ZR2 Bison, which features a variety of AEV parts to improve its capability and durability. This relationship is now set to expand with the introduction of the GMC Sierra AT4X ‘Bison’, as proven by these spy shots, which show a disguised prototype for the Chevy Silverado ZR2 Bison accompanied by a similarly-disguised and similarly-equipped Sierra AT4X prototype. These trucks were also spotted with a Ford F-150 Raptor and a standard Silverado ZR2 in tow for benchmarking and comparison purposes. 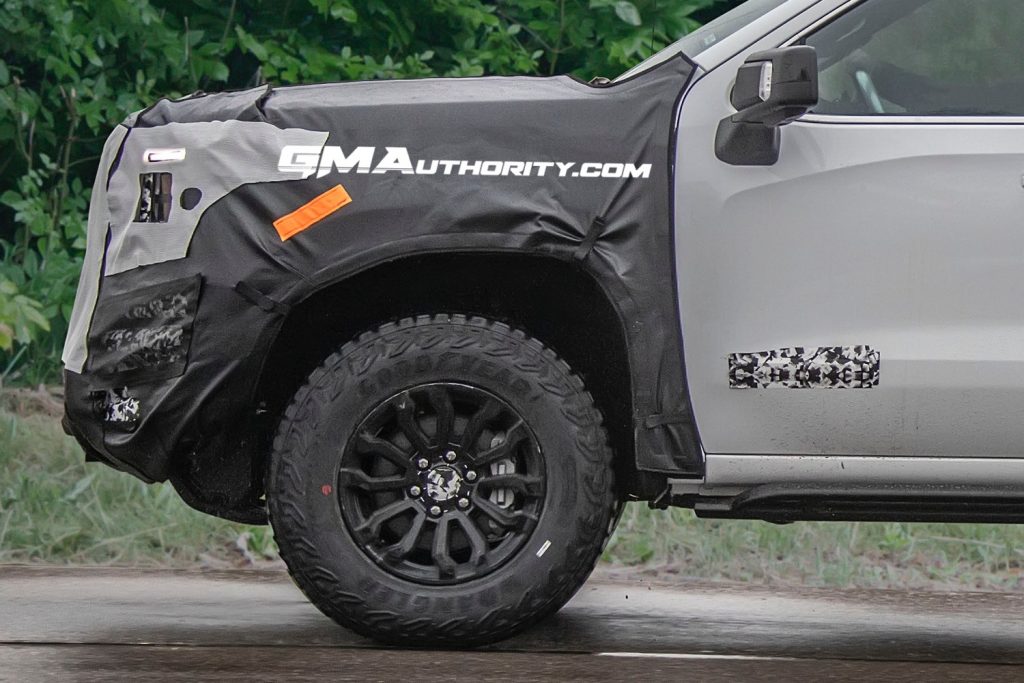 While we’re referring to this future Sierra variant as a Bison, it’s not likely that it will use this nomenclature. The Bison name was already used on the Chevy Colorado and will soon be used on the Silverado, so it wouldn’t be appropriate for GM to use it on one of its more premium GMC products. That said, the Silverado ZR2 Bison prototype and this closely related Sierra variant are very similarly equipped, featuring a high-clearance front bumper, a prominent front underbody skid plate, and larger off-road tires. As expected, the upgraded suspension from the AT4X will carry over to the AT4X Bison, including the MultiMatic DSSV dampers. 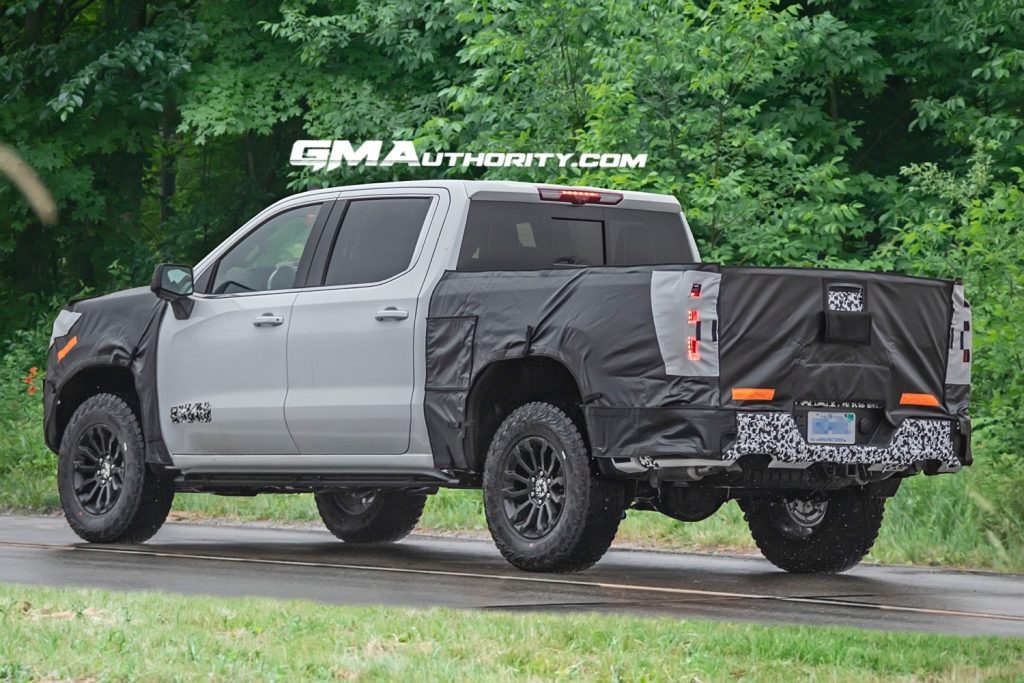 Power in the GMC Sierra AT4X ‘Bison’ will come from a naturally aspirated 6.2L V8  L87 gasoline engine, which is the only engine option offered for the current 2022 model year GMC Sierra AT4X. Output is rated at 420 horsepower and 460 pound-feet of torque, all of which is sent through the GM 10-speed automatic transmission, as well as drivetrain upgrades like front and rear e-locking differentials and an Autotrac two-speed transfer case. 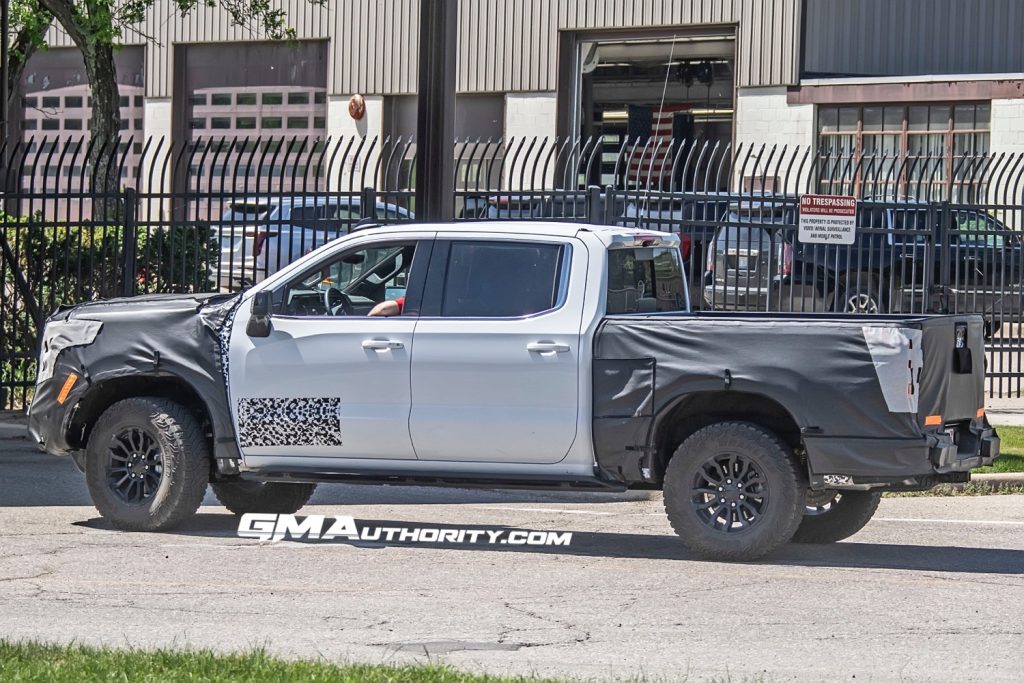 GM Authority will have official details on this future GMC Sierra AT4X variant as soon as they become available. In the meantime, be sure to subscribe for more GMC Sierra news, GMC news, and around-the-clock GM news coverage.