GM has announced a new partnership with Pilot Company, owners of the Pilot and Flying J brands, to set up a new national DC fast charging network that will be installed, operated and maintained by the automaker’s existing charging partner EVgo. The network of 2,000 charging stalls will be co-branded “Pilot Flying J” and “Ultium Charge 360,” and will be installed at up to 500 Pilot and Flying J travel centers nationwide. 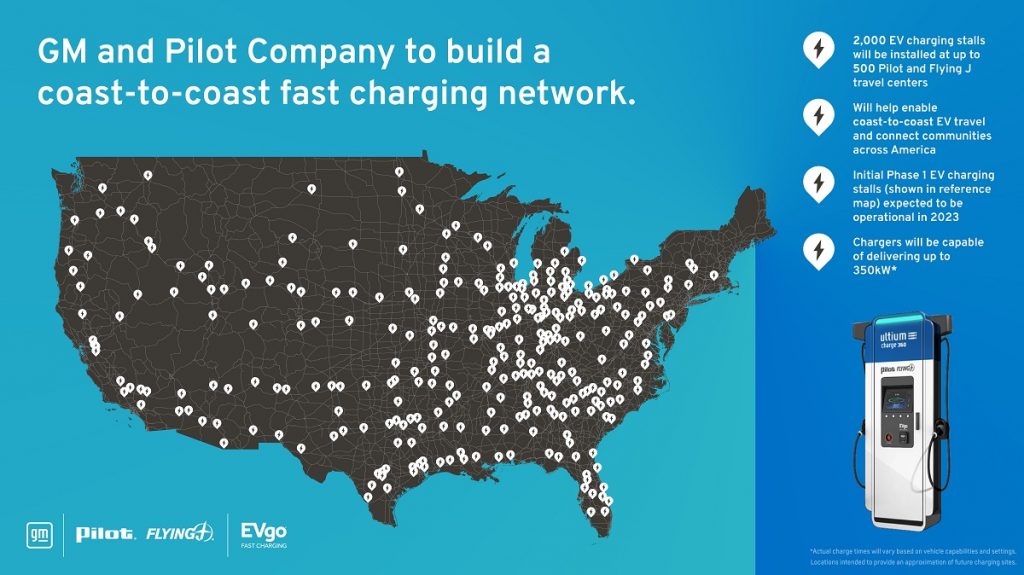 Participating Pilot and Flying J travel centers will feature numerous EVgo charging stalls, including 350 kW DC fast charging plugs. The companies are targeting the installation of charging stalls at 50-mile intervals across the U.S., mainly dotted along highways. The charging network will also be set up with input from the U.S. Department of Transportation. This partnership builds on GM’s existing alliance with EVgo, which will see it set up 3,250 fast charging stalls in various American cities and suburbs by the end of 2025.

With an existing network of travel centers, GM CEO Mary Barra said Pilot Company is an “ideal collaborator to reach a broad audience of EV drivers.”

“We are committed to an all-electric, zero-emissions future, and ensuring that the right charging infrastructure is in place is a key piece of the puzzle,” Barra said. 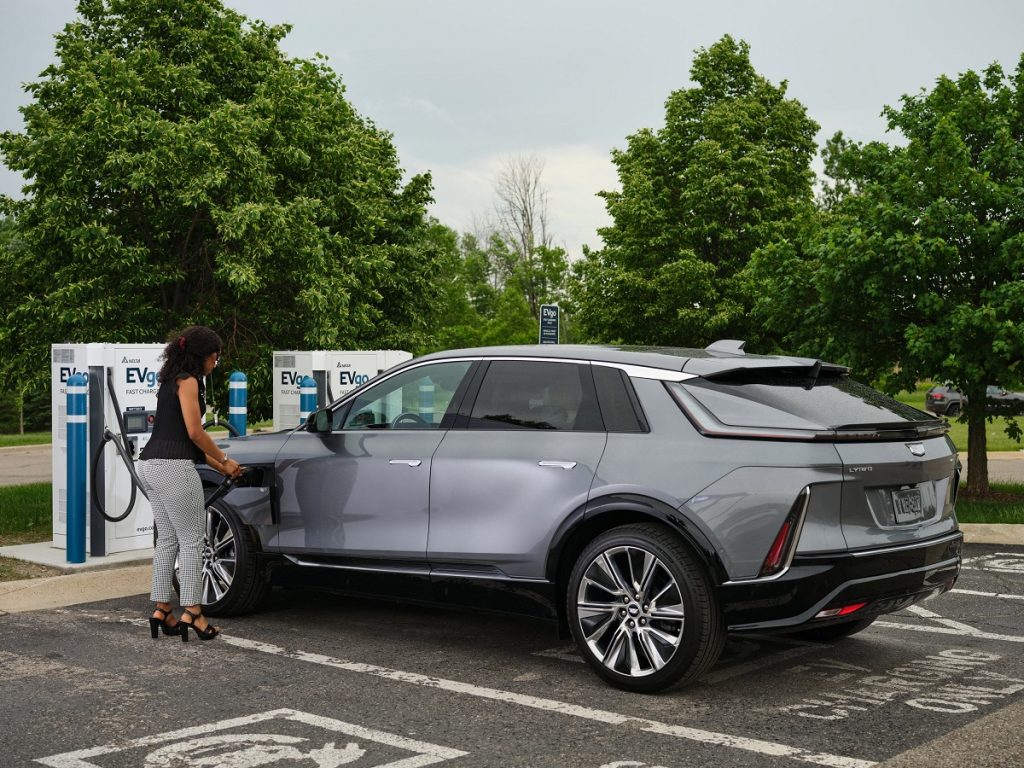 The Ultium Charge 360 branding on the charging stations is a reference to the automaker’s new in-vehicle charging application. Through Ultium Charge 360, drivers of GM electric vehicles will be able to locate nearby charging stations, view plug availability and plan their route, among more. The app can also make it easier to pay for charging sessions when using stalls operated by a variety of companies including EVgo, ChargePoint or Blink, among others.

In addition to the charging network program, GM and Pilot company also said this week that they would “continue working with key stakeholders to use new and existing public-private programs to accelerate the development of more public EV charging infrastructure,” in the coming years.