Earlier this month, General Motors filed to trademark “Cascada,” but now, GM Authority has learned that the filing has been abandoned.

Originally filed on June 30th, 2022, with the United States Patent and Trademark Office (USPTO), the application was assigned serial number 97484017. The application was classified in the Goods and Services category of “motor land passenger vehicles, namely automobiles.” It was abandoned just one week later on July 6th, 2022.

The original filing was a bit curious to begin with. The Cascada nameplate was previously applied to the Buick Cascada, a compact convertible that was produced from the 2016 through 2019 model years. However, all Buick models currently sold in North America have a nameplate beginning with the letter “E” as seen with the Encore, Encore GX, Envision and Enclave. Obviously, Cascada doesn’t fit this naming convention. However, it’s interesting to note that GM did not file to trademark “Buick Cascada,” so it’s possible that the automaker intended to apply it to a vehicle of a different make.

It’s also entirely possible that the trademark was filed by mistake, or that GM decided to move in a different direction with the vehicle the name may have been bound for. Whatever the case, it doesn’t seem like GM is interested in resurrecting the Cascada nameplate in the near future. 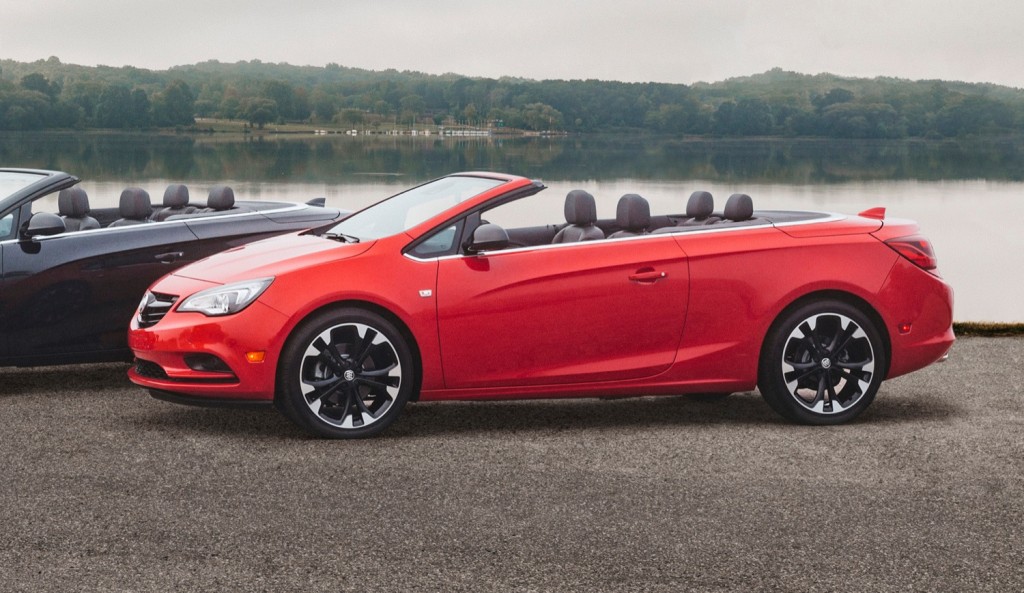 At the end of 2021, GM filed to trademark “Buick Electra,” which certainly falls in line with the “E” naming convention. The trademark was filed in both the U.S. and Canada, and the nameplate is perfect for an electric vehicle. Buick is poised to launch its first EV in 2024, and will transition to an all-electric lineup by 2030. In fact, Buick has already applied the Electra nameplate to an electric crossover concept vehicle, the Buick Electra-X, which was unveiled in China in June 2022.