Chevy has a long history of offering some pretty amazing sports cars, and now, we’re getting a glimpse of the future of Chevy performance with the following Chevy sports car interior rendering.

Recently posted to the GM Design Instagram feed (@generalmotorsdesign), this sketch was created by Jonathan Kong (@zi.kong), a Detroit-based designer. The rendering incorporates a variety of influences from the current Chevy performance lineup, including the eighth-generation Corvette C8, and the Chevy Camaro. 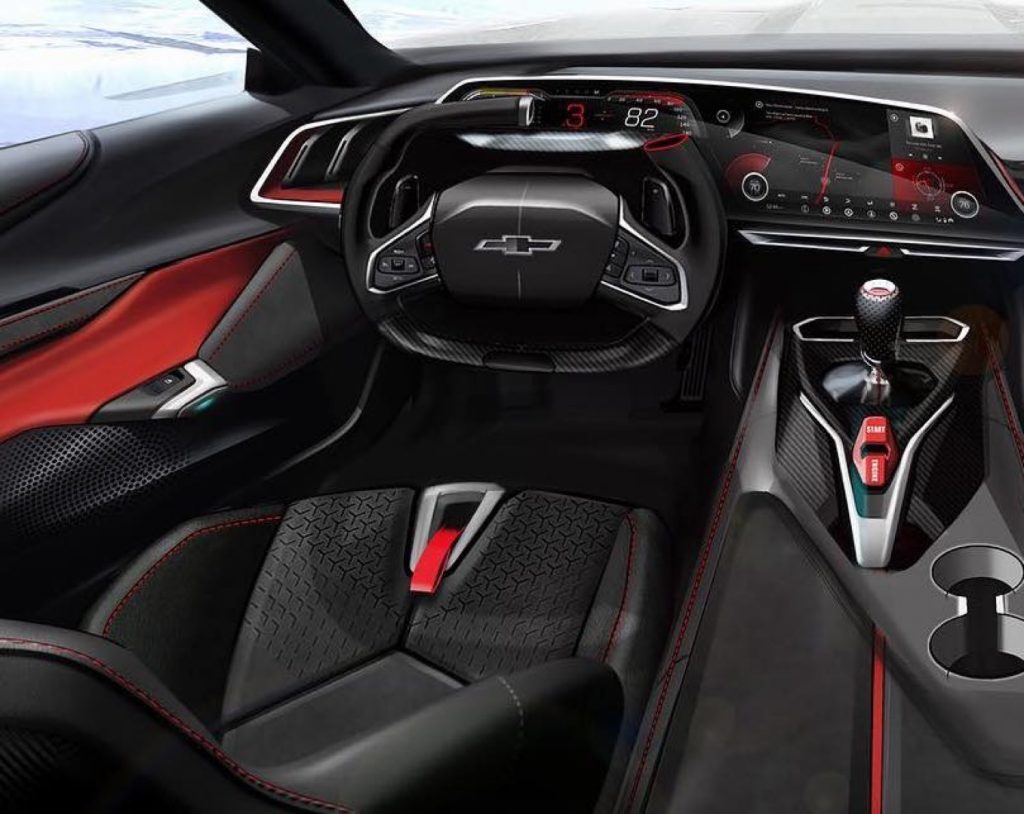 The dash, gauges, and infotainment layout are all tilted towards the driver, focusing everything on the hot seat in a fashion similar to the latest C8, with a wide driver’s information layout set on a horizontally oriented digital screen. The steering wheel is also squared-off along the top and bottom, another design characteristic of the C8 Corvette. However, as one may expect from a concept rendering, the design elements at play here are much more exaggerated than what can be found in the current production design, with a much flatter steering wheel and a much wider screen.

Notably, this particular Chevy sports car does not appear to be the Corvette, as indicated by the Chevy badge in the center of the steering wheel – typically, the Corvette would include the Crossed Flags badge, rather than a Bow Tie badge. 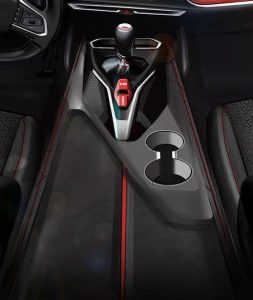 The other obvious Chevy sports car to point to is the Chevy Camaro. The center tunnel, for example, looks familiar, while the shifter appears to be a connected to a manual gearbox, rather than an automatic like the C8 Corvette. That said, this rendering is also unlikely to represent an upcoming Camaro cockpit, as the future of the nameplate is uncertain. A follow-up seventh-generation is currently not in development, while the sixth-gen Chevy Camaro is slated to sunset around 2023 as a 2024 model-year vehicle.