GM-owned autonomous driving company Cruise has had a rough go in recent months. It garnered negative media attention in May after one of its vehicles was reported to have blocked a San Francisco Fire Department vehicle that was trying to respond to an emergency and has faced more intense scrutiny after one of its vehicles was involved in a crash in June that sent the occupant of the Cruise AV to the hospital.

It’s beginning to seem as though safety-related concerns aren’t the only potential problem for Cruise. GM lost nearly $500 million on its Cruise robotaxi business in the second financial quarter of 2022, the automaker said this week, compounding with the $300 million loss recorded in the first quarter for a net loss of around $900 million in the first six months of the year. GM Chief Financial Officer Paul Jacobson said this spending is “consistent with the run rate,” that it expects for the remainder of the year, signalling losses of well over $1 billion this year.

Cruise CEO Kyle Vogt said the financial struggles the company is currently experiencing are the result of “early commercialization,” of self-driving vehicle tech and that it sees potential for the technology to make trillions of dollars one day in the future.

“When you’ve got the opportunity to go after a $1 trillion market where you can have a highly differentiated technology and product, you don’t casually weigh into that,” Vogt said this week. “You attack it aggressively. And given our strong cash position in Cruise, we’re able to do this and aggressively presenting the market, I think, is a competitive advantage. And given our position right now, I think the results speak for themselves.”

GM sees the potential for Cruise to take over the ride-hailing market, offering advantages over rivals like Uber and Lyft, which spend large amounts of money paying human drivers. Cruise, by comparison, would not need to pay human drivers, leaving more profit on the table for GM and Cruise investors. Cruise began charging San Francisco residents for rides in its Chevy Bolt EV-based test vehicles in March and recorded $25 million in revenue in Q2 operating in a geofenced portion of the city. 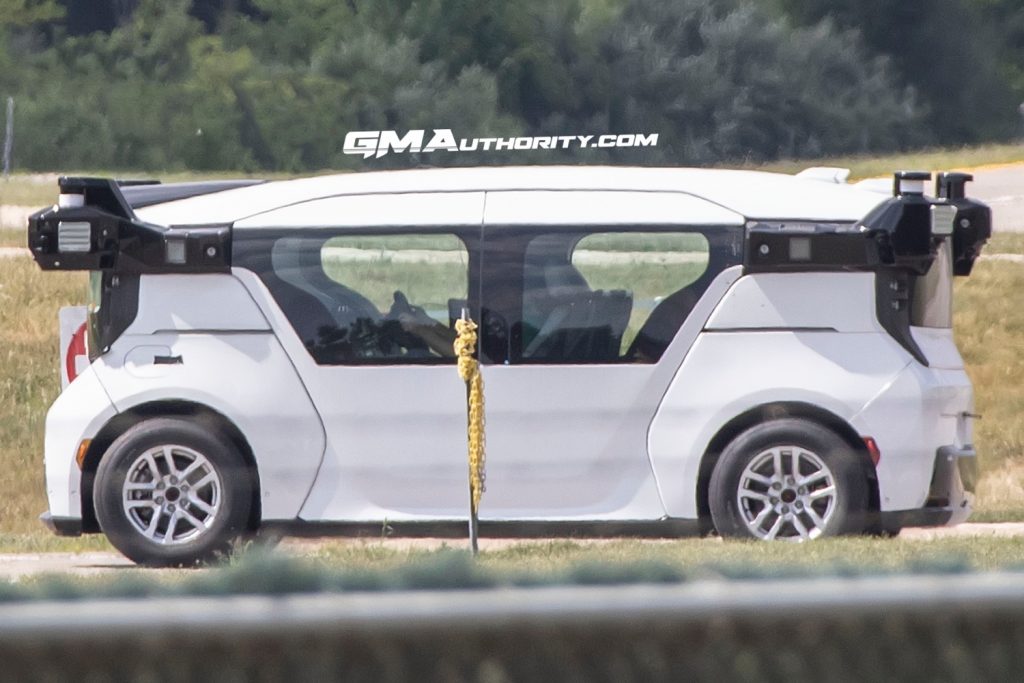 GM plans to begin production of its dedicated Cruise Origin robotaxi at its Factory Zero plant later this year, which will serve as the basis for the company’s driverless, app-based ride-hailing business. The automaker was recently spied testing the vehicle in public by GM Authority photographers – albeit with a human driver operating the vehicle using traditional vehicle controls.