As you might imagine, GM keeps a close eye on what its competition is up do, so it shouldn’t come as a surprise that GM Authority recently spotted a Ford F-150 Raptor being benchmarked by The General.

Though we don’t have a single shot that shows all three trucks, The Blue Oval’s range-topping pickup was being benchmarked against the two closest rivals offered by GM – the Chevrolet Silverado ZR2 Bison and GMC Sierra AT4X AEV Edition. 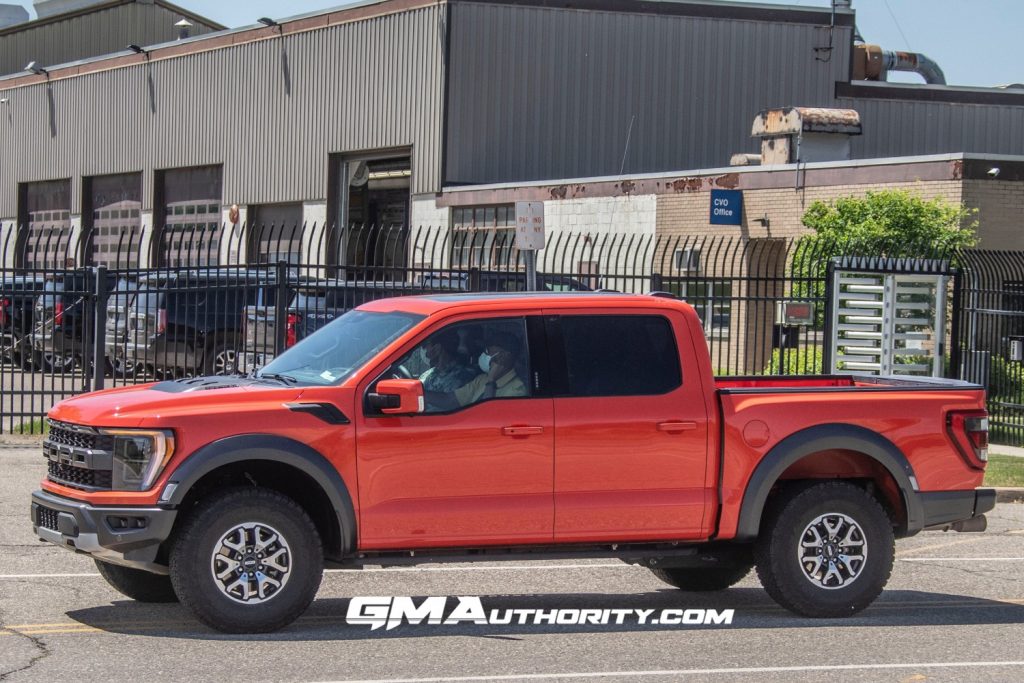 The particular F-150 Raptor is a 2021 model rolling on a set of standard 17-inch aluminum wheels. Under the hood, it features Ford’s twin-turbocharged 3.5L V6 EcoBoost engine, rated at a healthy 450 horsepower and 510 pound-feet of torque. It also features the range-topping Raptor equipment group.

The General doesn’t offer any direct rivals to the F-150 Raptor, but the forthcoming Silverado ZR2 Bison and recently-announced GMC Sierra AT4X AEV Edition. Both of these pickups feature upgraded parts from American Expedition Vehicles (AEV), enabling them to have high-performance off-road capabilities right from the factory.

So it shouldn’t come as a surprise that earlier this month, GM Authority spotted a prototype of the Sierra AT4X AEV Edition testing alongside the orange F-150 Raptor. Incidentally, just one week later, GM pulled the veil off that very model, revealing it in full – including photos and specifications. With development aided by AEV, the Sierra AT4X AEV Edition represents the most off-road ready Sierra 1500 ever built. Unlike the Raptor, it’s powered by the same engine as lesser Sierras, namely the naturally aspirated 6.2L V8 L87 gasoline engine rated at 420 horsepower and 460 pound-feet of torque, The sole transmission option is the GM 10-speed automatic transmission. 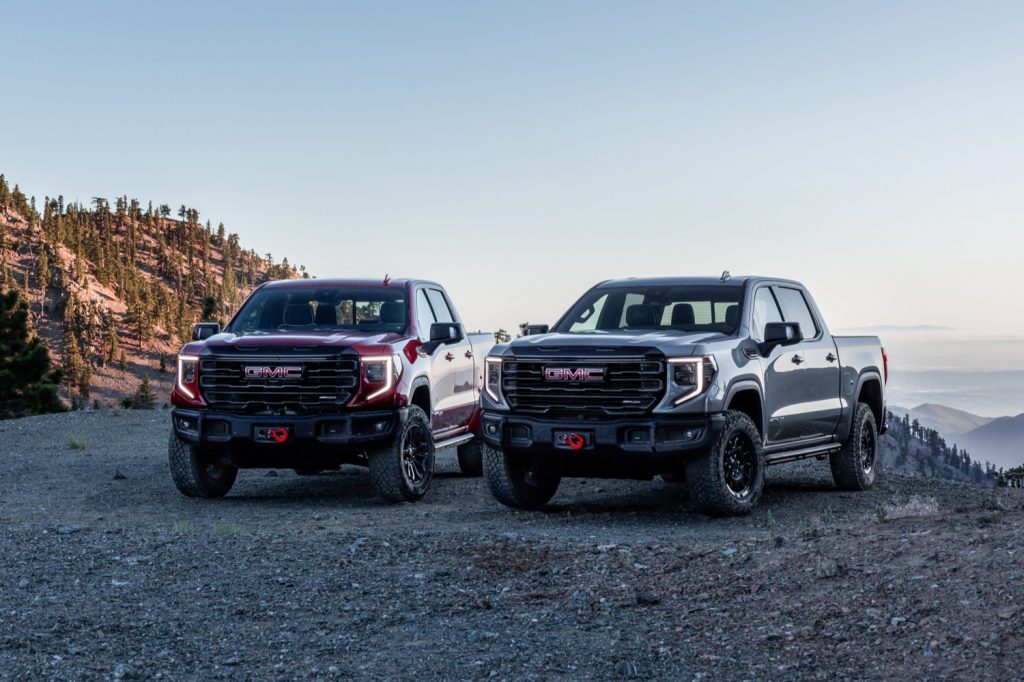 The Silverado ZR2 Bison was also caught in the same test group, giving us a better look at the off-road pickup, albeit with heavy camouflage. It features a high-clearance front bumper along with AEV wheels wrapped in beefy off-road tires. Like the Sierra AT4X AEV Edition, the Silverado ZR2 Bison will also harness the aforementioned 6.2L V8 L87 engine making the same levels of power and torque. 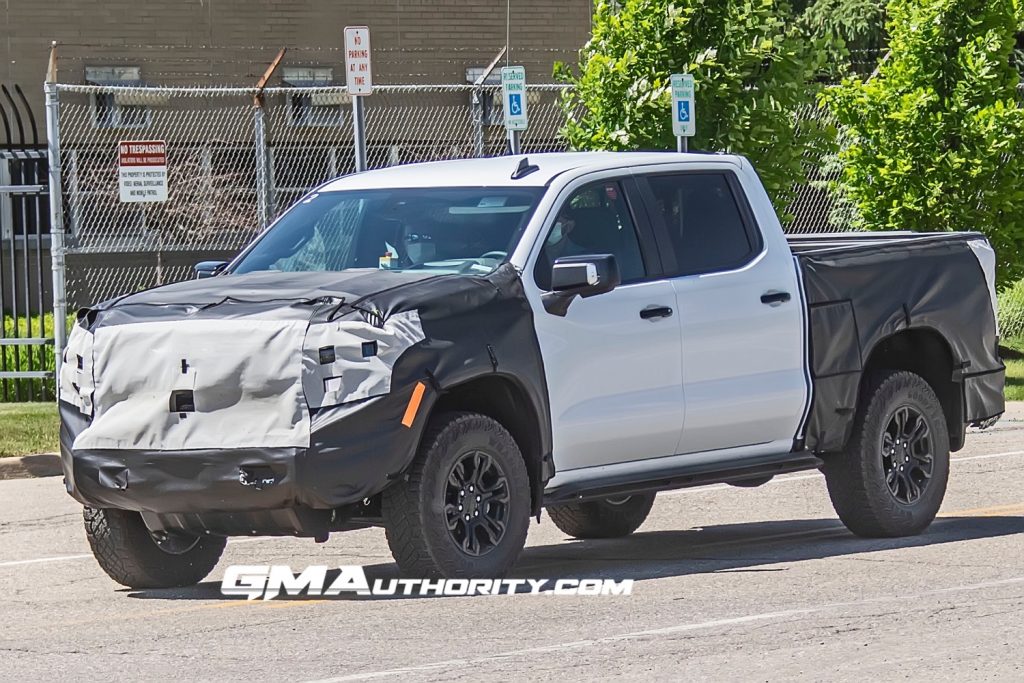 This isn’t the first time GM Authority has spied a Ford F-150 Raptor in GM’s possession. Back in early May, we snapped some photos of a different model being benchmarked by The General, indicating that the automaker is very interested in what its crosstown rival is up to when it comes to off-road ready pickups.