The GMC Hummer EV-backed Chip Ganassi Racing team endured a difficult 2021 Extreme E campaign that began with a massive crash in the opening round and concluded with the team finishing second last in the championship. Its fortunes are beginning to turn, however, as the electric off-road race team this week earned its first victory in the fledgling championship.

Chip Ganassi Racing drivers Kyle Leduc and Sarah Price raced their way into the Final for the NEOM Island X-Prix in Sardinia, Italy this week after beating McLaren, ABT Cupra and Veloce Racing in the last-chance Crazy Race heat. 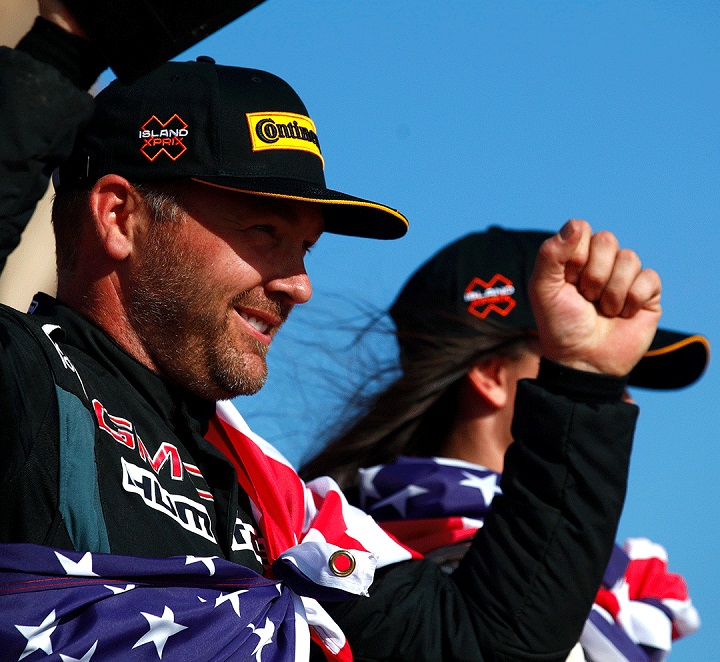 Leduc started the race for the Final, lining up alongside Accionca Sainz XE team, JBXE, Rosberg X Racing and Xite Energy Racing on the starting grid. The American got a good start, following Johan Kristoffersson from Rosberg X Racing and Carlos Sainz of Accionca Sainz XE team into the first sector. Kristoffersson then made heavy contact with the rear of the Sainz’s car, sending the Spaniard into a spin and earning himself a 30-second penalty. This essentially handed the win to the GMC Hummer EV team, which showed strong pace in the practice sessions and heat races leading up to the Final, but had trouble converting their speed into results.

“If you look at the numbers, we went from first in practice, to last in qualifying and back to first as the race winners,” Leduc said. “It was a rollercoaster ride, and I don’t know how to put it into words, but we all did our job today. We have a great GMC Hummer EV team where everyone works so hard. We’re ready to take this success and apply it to the next race this weekend.”

Price said the team barely clawed its way back into contention after being forced to race their way into the Final in the last-chance Crazy Race, but stayed focused despite the difficulties.

“We did what we had to do to get through the Crazy Race today,” she said. “We were consistent and pushed through the Final race to get our first win. It was such a team effort all around; I’m so proud of everyone. We made some serious progress this week and I’m ready to take on round three this weekend.”