Chase Elliott put the No. 9 Nascar Chevy in Victory Lane at Nashville a few weeks back, then finished second at Road America the week after before winning yet again last week at Atlanta. Elliott continued his dominating performance on Sunday at New Hampshire, finishing second to score his fourth consecutive Cup Series finish in the top two. 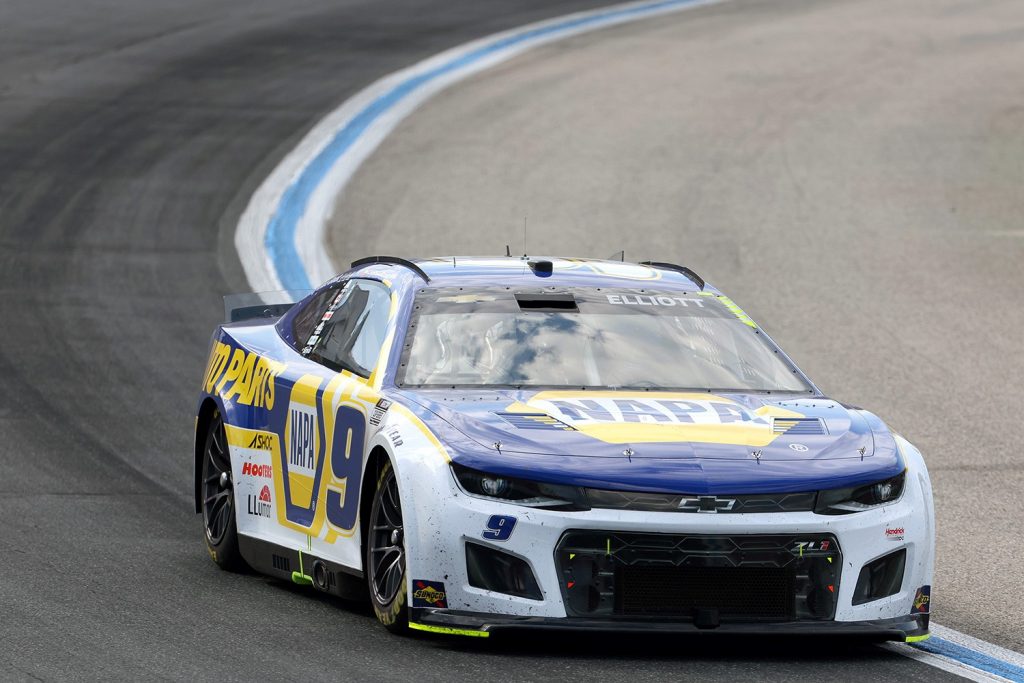 Elliott’s No. 9 Chevy Camaro ZL1, who started second, suffered a mistake during a pit stop during Stage 2 that forced him to restart outside the top 20. He quickly fought back through traffic and came into contention after during Stage 3, passing the No. 22 Ford Mustang of Joey Logano and the No. 45 Toyota TRD Camry of Kurt Busch. He led 13 laps, but fell victim to the No. 20 Toyota TRD Camry of Christopher Bell, who didn’t look back once he passed Elliott’s No. 9 Camaro, eventually winning the race.

“I feel like just a poor run of execution on my end in the last run,” said Elliott after the race. “It took me a while to get past Joey [Logano] and the 45 [Busch] and I had to run harder than I wanted to. Just made a couple mistakes and couldn’t get much breathing room.”

Meanwhile, while under caution during Stage 2, a bizarre incident unfolded between the No. 3 Nascar Chevy of Austin Dillon and the No. 6 Mustang of Brad Keselowski. Dillon appeared to slam Keselowski in frustration after the two raced side-by-side for several laps. Keselowski retaliated and threw the No. 6 Mustang into the side of the No. 3 Camaro, understandably upset by the contact. It’s not clear what led to this particular incident, but Dillon said it was a long time coming. “We’ve gone at it a couple times the last two years,” he said of Keselowski. “One time, I hit really hard. So, just don’t like the way certain people race me.”

Toyotas dominated the race, with polesitter Martin Truex Jr. in the No. 19 Camry leading a race-high 172 laps, and Bell’s No. 20 Camry led 42 laps on his way to victory. Kevin Harvick in the No. 4 Nascar Ford Mustang placed fifth.