Chase Elliott, driver of the No. 9 Nascar Chevy Camaro ZL1, crossed the finish line in third place at Pocono Raceway on July 24th, but he was credited with the victory after the top two finishers were disqualified for failing post-race inspection.

Denny Hamlin, driver of the No. 11 Toyota TRD Camry, crossed the finish line in first after winning the pole position for Sunday’s event, while Kyle Busch’s No. 18 Camry was scored just ahead of Elliott’s No. 9 Camaro at the line. Both Toyotas, which are fielded by Joe Gibbs Racing, failed post-race inspection after the event. Hamlin’s No. 11 Camry was stripped of the win, and Busch’s No. 18 Camry was removed from second place, thus granting Elliott’s No. 9 Camaro the win. 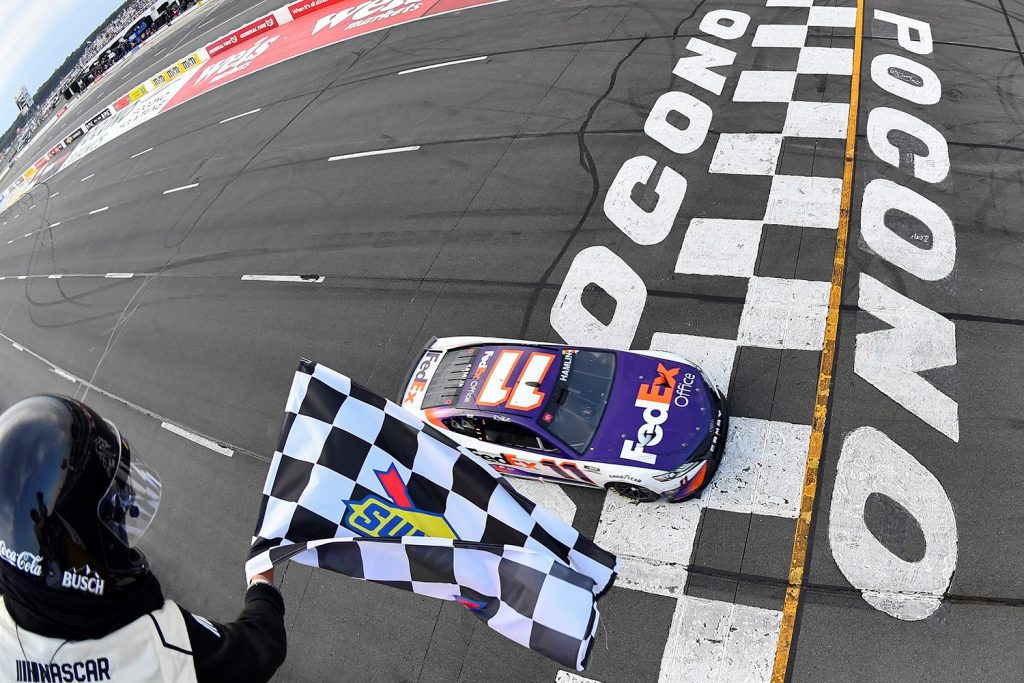 Nascar Cup Series managing director, Brad Moran, explained what led to the disqualifications. “There were some issues discovered that affect aero of the vehicle,” he said. “The part was the front fascia… there was some material that was somewhere it shouldn’t have been.” Moran did not go into more detail, but stated that both Toyotas will be taken to the Nascar R&D Center for further evaluation. Interestingly, Hamlin’s No. 11 Camry also failed pre-qualifying inspection multiple times, though Nascar did not disclose why.

Since both Toyotas were found to be illegal, it’s particularly impressive that the No. 1 Camaro of Ross Chastain could keep up with them and challenge them both for the race lead. However, Chastain’s bid for the win was put to a premature end when Hamlin’s No. 11 Toyota made contact with the No. 1 Camaro. The two have a history of run-ins, and Chastain’s No. 1 was wrecked beyond drivability as a result, along with the No. 4 Ford Mustang of Kevin Harvick. 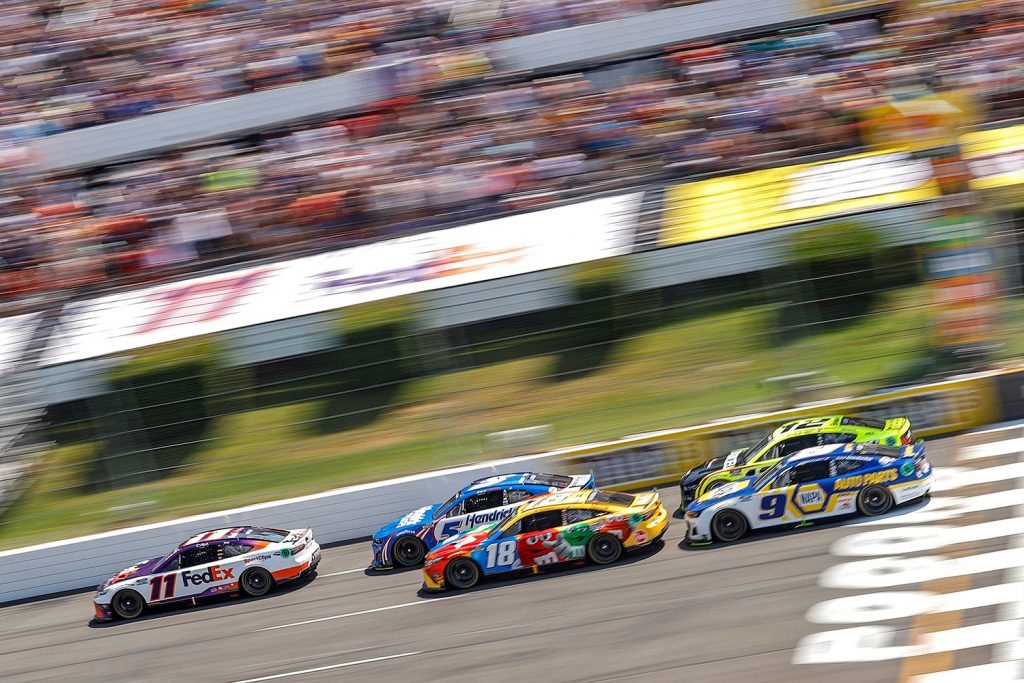 The victory at Pocono marks the fourth in the 2022 season for the No. 9 Nascar Camaro of Chase Elliott, and was his fifth consecutive top two finish. He did not lead a single lap on Sunday, but was competitive near the front of the field for most of the event.