GM’s autonomous vehicle division, Cruise, is currently hard at work developing new technology that will pilot a fleet of fully driverless vehicles in the near future. That includes Cruise Origin, framed as an autonomous, all-electric ride-sharing “robotaxi.” Now, GM Authority spy photographers have caught a prototype example of the Cruise Origin out for testing. 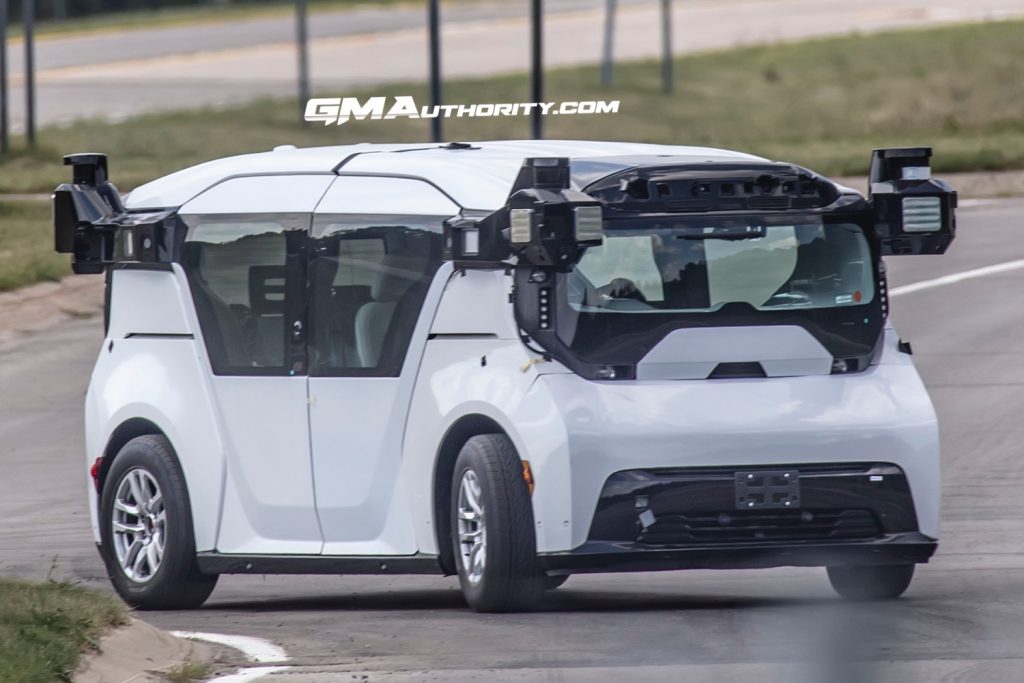 Although GM unveiled Cruise Origin in January of 2020, this is the first time we’ve seen an actual prototype model out testing and in motion at a GM development facility. This particular example was caught at the GM Proving Grounds.

Most importantly, it looks as though this Cruise Origin prototype has a human pilot onboard. Although Origin debuted as a fully driverless robotaxi with two opposing bench seats for passengers, this prototype model is equipped with a single centrally placed driver’s seat and steering wheel, with a human pilot clearly at the helm. It’s possible this particular prototype is testing the onboard steering, braking, and propulsion systems, and is not equipped with GM’s fully autonomous technology currently in development. 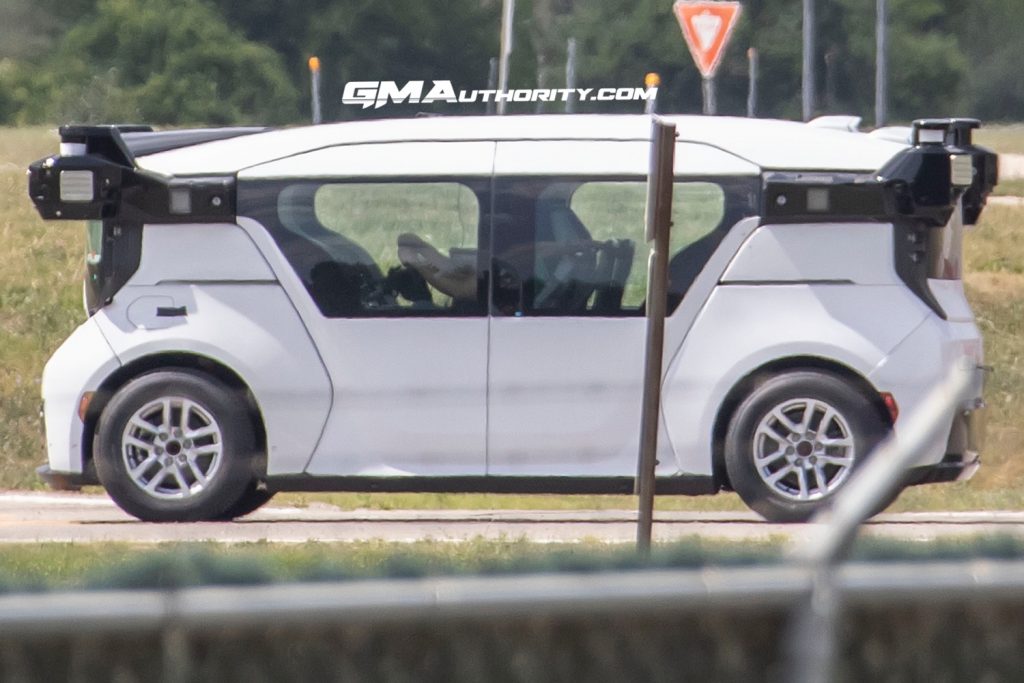 Beyond the human pilot in the cabin, these spy photos also show the Cruise Origin body out in the real world. Origin is roughly the same size as a traditional crossover utility vehicle, and features a large, boxy shape with a pair of sliding doors that part down the middle to aid in ingress and egress. Cruise Origin is also fully electric, moving propulsion system components into the periphery to free up space inside the cabin for passengers. 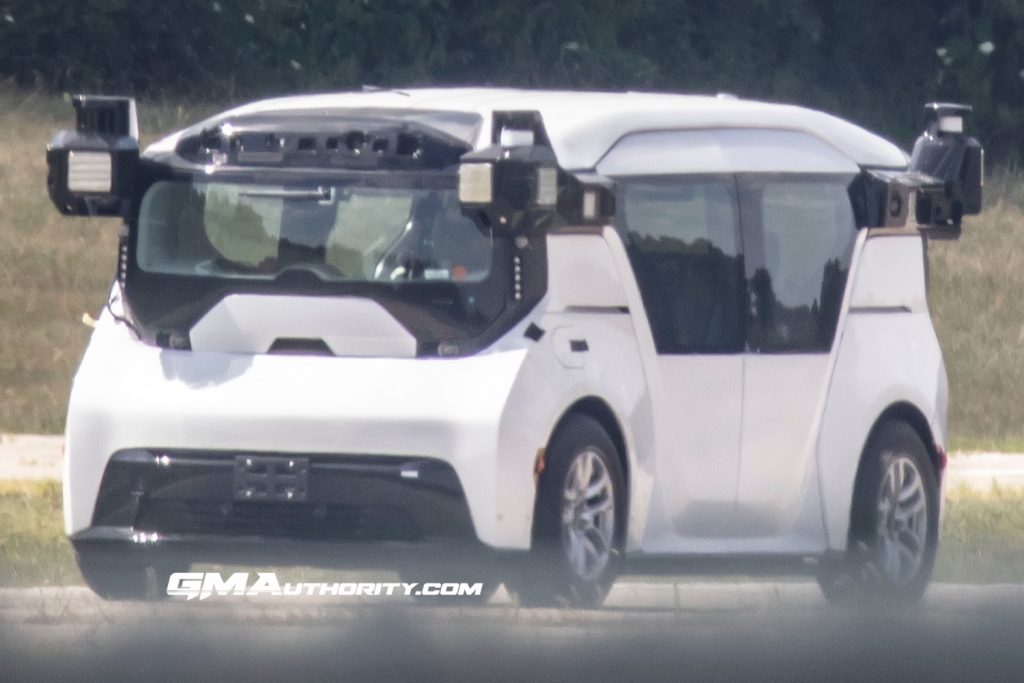 Further notable features include a range of sensors mounted fore and aft, which are undoubtedly crucial for the autonomous driving tech. Up front, we spot what looks to be the charge port, which is located on the front “driver’s-side” front fender and is taped shut. This prototype is also finished in white, while the images released with the model’s debut in 2020 included black and orange accents for the body. 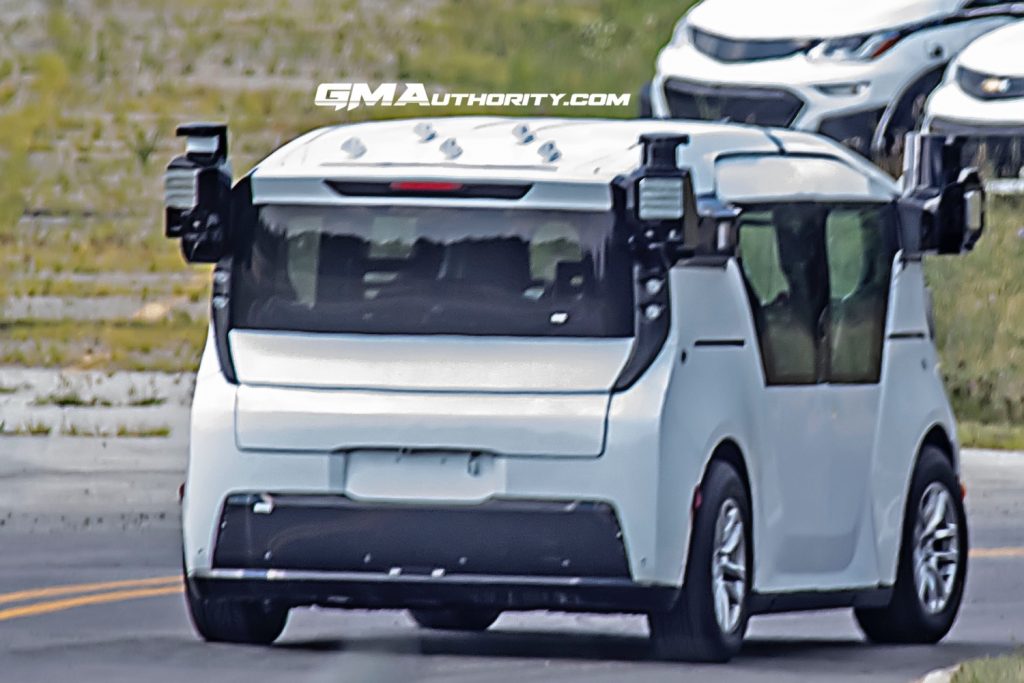 For now, the GM Cruise division continues to work towards the development of fully autonomous technology, and recently began charging customers for driverless rides in San Francisco. It’s unclear at this time when this technology and the Cruise Origin AV will be ready for full-scale deployment.