Running from the cops is not exactly the most brilliant move of all time. Unfortunately for the driver behind the wheel of this Chevy Cruze, making a slow-speed getaway was just one of several bad decisions, as seen in the following video. 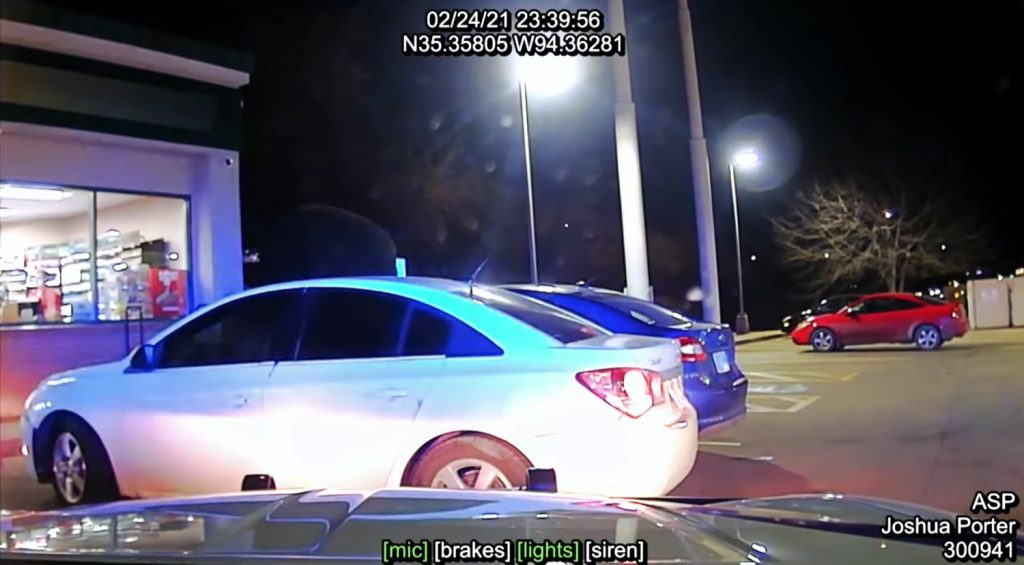 Clocking in at over 37 minutes, the video is quite long, leading the viewer through an interaction between the Arkansas State Police and two suspects in a white Chevy Cruze sedan. The video opens in the parking lot of a Shell gas station in February, 2021, where Arkansas State Police trooper Joshua Porter is on patrol. According to the video description which cites a report from Trooper Porter, the Chevy Cruze was observed with a bent license plate, prompting Porter to run the tags. Apparently, the license plate had been reported stolen.

Porter responds by initiating a stop, turning on his cruiser’s emergency lights and pulling up alongside the parked Chevy Cruze. We see the vehicle passenger look at the police vehicle, then reenter the vehicle, at which time, the driver decides to slowly back out of the parking spot. 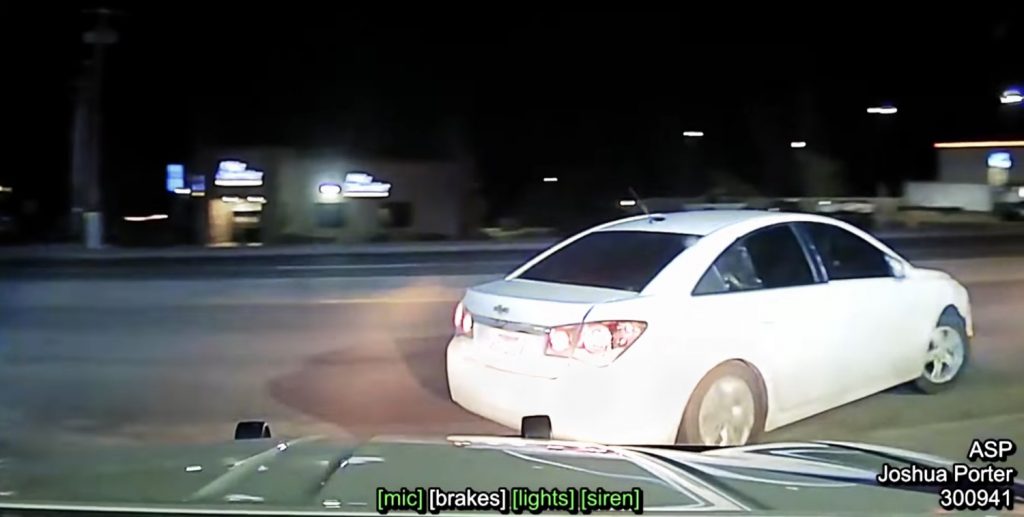 As the Chevy Cruze pulls away, Porter hits the siren, sticking close behind the white sedan. The Cruze slowly starts to drive down the road, traveling around 20 mph. After about 30 seconds, the police officer initiates a PIT maneuver, tapping the rear of the Chevy and causing it to spin out into adjacent grass, next to a barbed wire fence. 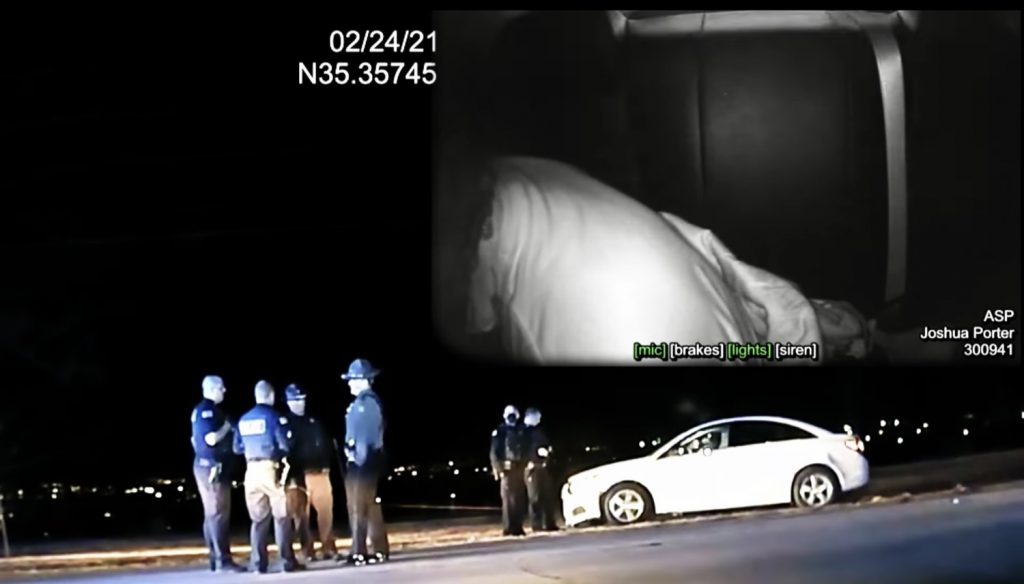 The entire incident is quite brief, and rather bizarre as well, with the two suspects refusing to stop, but not really gunning it either. According to the report, Trooper Porter observed a “large cup” thrown out the passenger-side window after the vehicle was stopped, which was later found to contain two bags of a “crystal-like substance” and one bag of marijuana. A search of the Chevy Cruze later revealed a pipe and a small scale. Additionally, both suspects had active warrants.

Following the brief chase, the video documents how the suspects exit the vehicle, get handcuffed, and are placed under arrest. Check it out in full right here: