The Chevy Camaro ZL1 has been a part of the automaker’s lineup in the Middle East since 2017, with the supercharged sports coupe arriving in the country for the 2017 model year. Chevrolet Middle East produced a new regional commercial for the Chevy Camaro ZL1 for 2022, which invites fans of the nameplate to get behind the wheel of the 650-horsepower muscle car and “find the beast within.”

This advertisement begins with the shadowy silhouette of a Chevy Camaro appearing on a wall before panning to a Dodge Challenger, which hides under a car cover upon seeing its intimidating rival. The words “when the beast comes out to play, the prey runs away,” appear on screen as an SUV is seen leaking its engine oil in fear and a Tesla Model X shuts its lights off and hides down an alley way to escape the frightening Chevy. This ad is supposed to humorously suggest the Camaro ZL1 is such an intimidating vehicle that other cars on the road will run and hide in fear upon hearing its supercharged 6.2L LT4 V8 engine.

After its prey has run away, the white Camaro ZL1 then approaches the camera slowly before accelerating down an empty street as the words “find the beast within,” appear on screen. A claw mark then slashes across the screen as the brand’s “Find New Roads,” tagline closes out the 30-second spot in fearsome fashion. 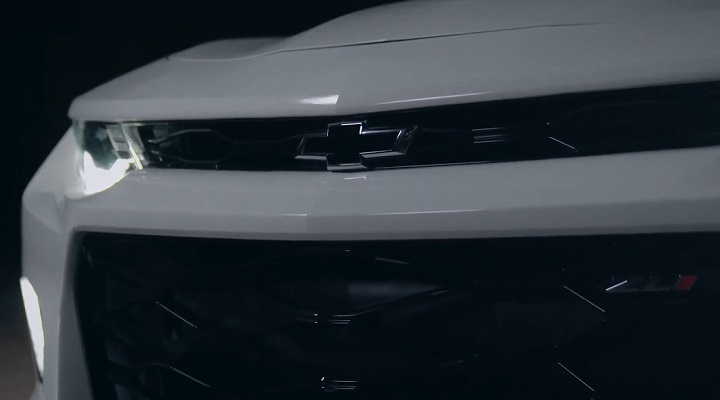 This advertisement serves as a fun way to market the Camaro’s impressive performance and intimidating V8 engine note. While marketing for crossovers, trucks and SUVs usually focuses on safety and entertainment features or purchase incentives, ads for sports cars like the ZL1 are better when they are fun and entertaining – just like the cars they promote.

Check out the spot embedded below.