The thrill of piloting a vehicle at high speeds is undeniable, but such activities are obviously best kept on the race track. Unfortunately, the driver behind the wheel of a Chevy Camaro in North Las Vegas failed to figure that out, catching not one, but two back-to-back speeding citations within the course of just a few minutes. 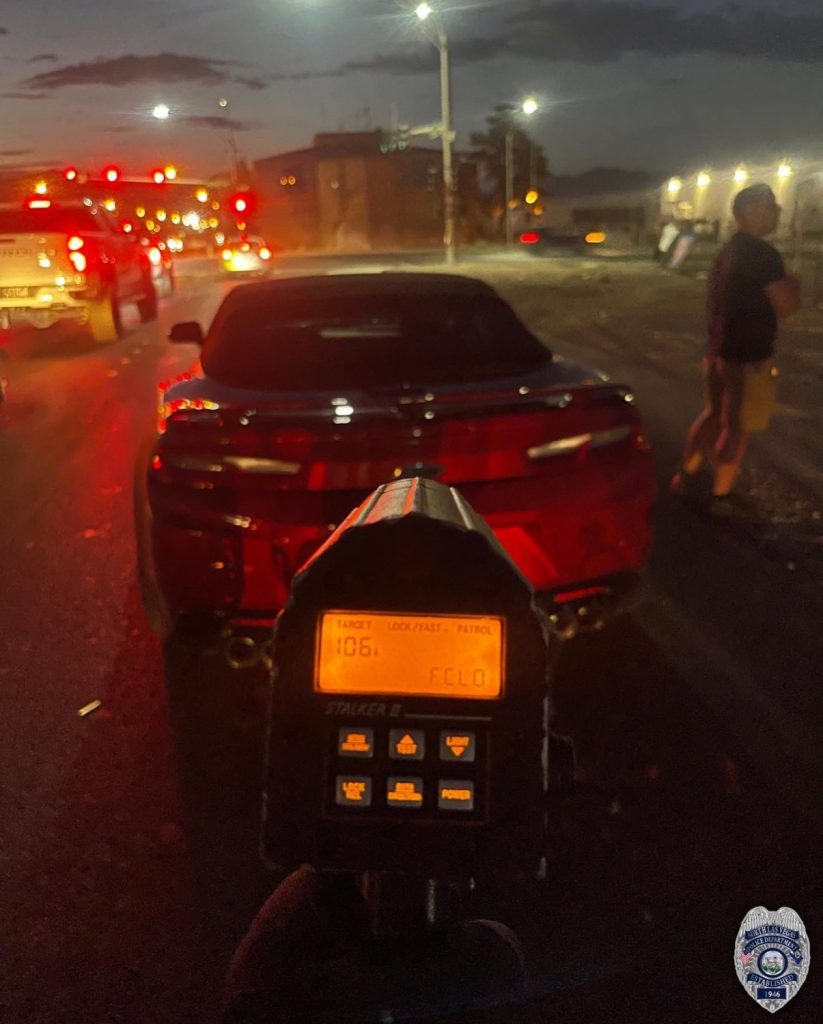 In a recent post to social media, as reported by KSNV, North Las Vegas Police say that on Friday, July 15th, the driver of a red Chevy Camaro was stopped at Lake Mead Boulevard and McDaniel around 8:22 p.m. local time. The driver was issued a citation for speeding, with police clocking the sports car at 73 mph in a 35-mph zone.

That’s a rather heavy citation, and it undoubtedly includes some stiff fines and other serious consequences as well. However, that wasn’t enough to stop the Chevy Camaro driver from repeating the whole thing, this time at even higher speeds.

According to police, the driver was stopped again only minutes after receiving the first citation, this time for going 106 mph in a 35-mph zone.

The driver was subsequently arrested on suspicion of reckless driving, and the Chevy Camaro was towed. According to the report, the arrest was part of a multi-jurisdictional effort to address speeding.

Indeed, it begs the question – what exactly was the driver behind the wheel of the red Chevy Camaro thinking to go out and get arrested minutes after receiving the first ticket? Maybe they thought that the first citation covered them for subsequent speeding tickets? Or maybe the driver wasn’t satisfied with the 73-mph citation and wanted something more “impressive”?

Regardless, we hope the double citations and a trip to jail help to communicate to the driver that doing triple-digit speeds on the street is a very bad idea.