The new Chevy Blazer EV PPV is based on the range-topping Chevy Blazer EV SS trim level, and features the largest GM Ultium battery pack available to the nameplate. The power will reach the ground through either the rear wheels, or all four wheels via a dual-motor all-wheel drive system. Additionally, the Chevy Blazer EV PPV will feature high-performance Brembo brakes up front.

Inside the cabin, the specially developed Chevy Blazer EV PPV offers an interior designed specifically for police officers, with a good deal of room available for emergency equipment and gear, as needed.

“The possibilities for the Blazer EV’s commercial and law enforcement applications are almost endless,” said vice president of GM Fleet, Ed Peper. “Along with zero-tailpipe-emissions performance, it reduces the number and frequency of certain maintenance requirements typically associated with fleet vehicles.” 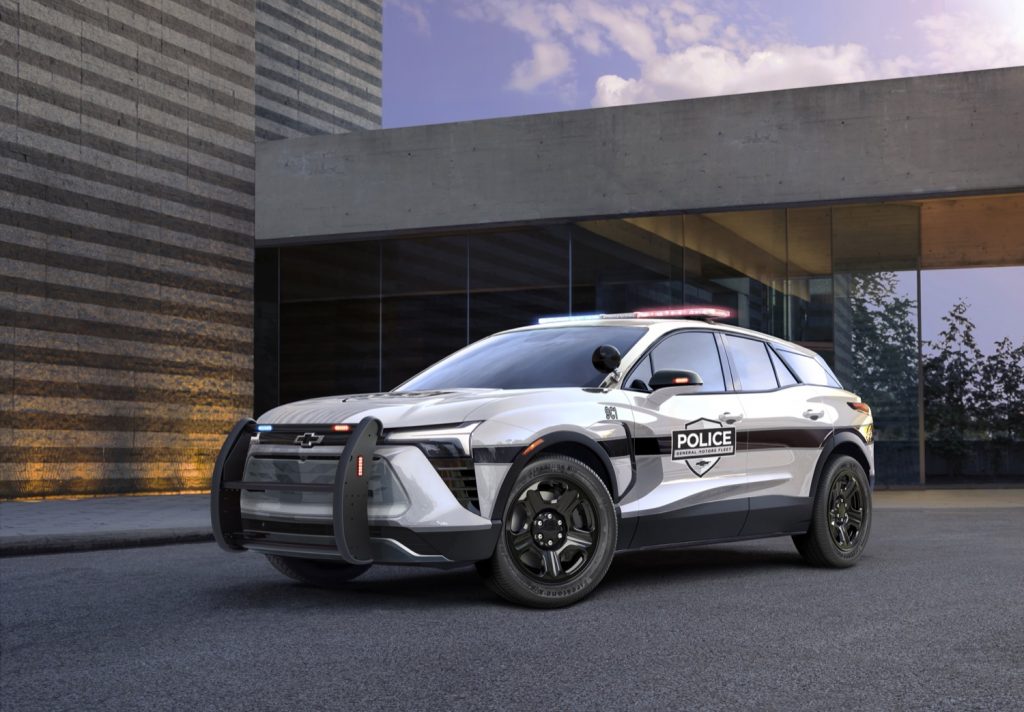 In addition to offering the Chevy Blazer EV for law enforcement duty, GM says the crossover can also be used for fleet and commercial customers like pharmaceutical, rental, and more.

Notably, the Chevy Blazer EV PPV may have a direct rival from Ford, namely the Ford Mustang Mach-E. As reported by our sister publication, Ford Authority, Michigan State Police (MSP) announced in September that a 2021 Ford Mustang Mach-E police pilot vehicle has become the very first all-electric vehicle to pass the departments police pilot vehicle tests. Ford has not formally announced plans to build a police-specific version of the Mustang Mach-E, but at least one U.S. police department and several U.K.-based law enforcement agencies have expressed interest in such an offering.