Chevrolet was ranked above average in the J.D. Power 2022 Mexico CSI Long-Term Study, a study that evaluates customer satisfaction with their dealer or non-dealer service centers.

Responses were collected from 3,422 Mexican vehicle owners of three- to 12-year-old vehicles. Results were analyzed based on satisfaction with service quality, their service advisor, service initiation, service facility, and vehicle pick-up. Satisfaction is then calculated based on a 1,000-point scale. 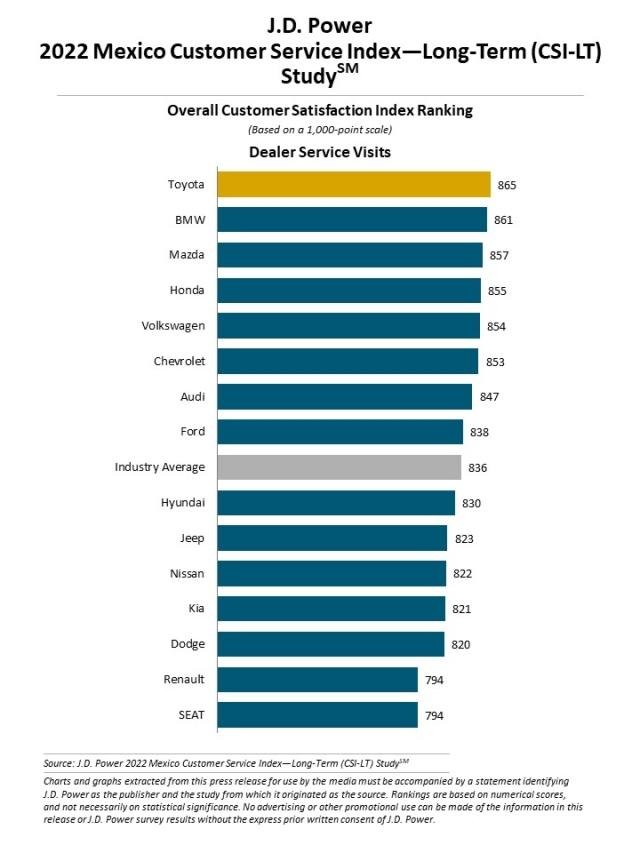 Chevrolet dealers scored 853 points when it came to service center satisfaction, outperforming the industry average of 836 points. Out of 16 automakers included in the study, Chevy’s score placed it sixth, just ahead of Audi at 847 points, and Ford at 838 points. The highest-performing automaker was Toyota, scoring 865 points, followed closely by BMW with 861 points.

Chevrolet has shown decent performances in other recent J.D. Power studies. It was ranked average in the J.D. Power 2022 Mexico Sales Satisfaction study, and was scored third in the 2022 J.D. Power Initial Quality Study among buyers in the U.S., and was also recognized as one of the most dependable automakers. The Bow Tie brand also ranked well in the 2022 U.S. Customer Satisfaction Index, once again outperforming key rivals like Ford and Dodge.