Cars like the C8 Corvette are supposed to be fun. With a mid-engine layout and loads of power, the eighth-generation Corvette certainly has a lot going for it. That said, the way in which some folks out there choose to enjoy their ride can be, well, dumb, as is the case in the following video. 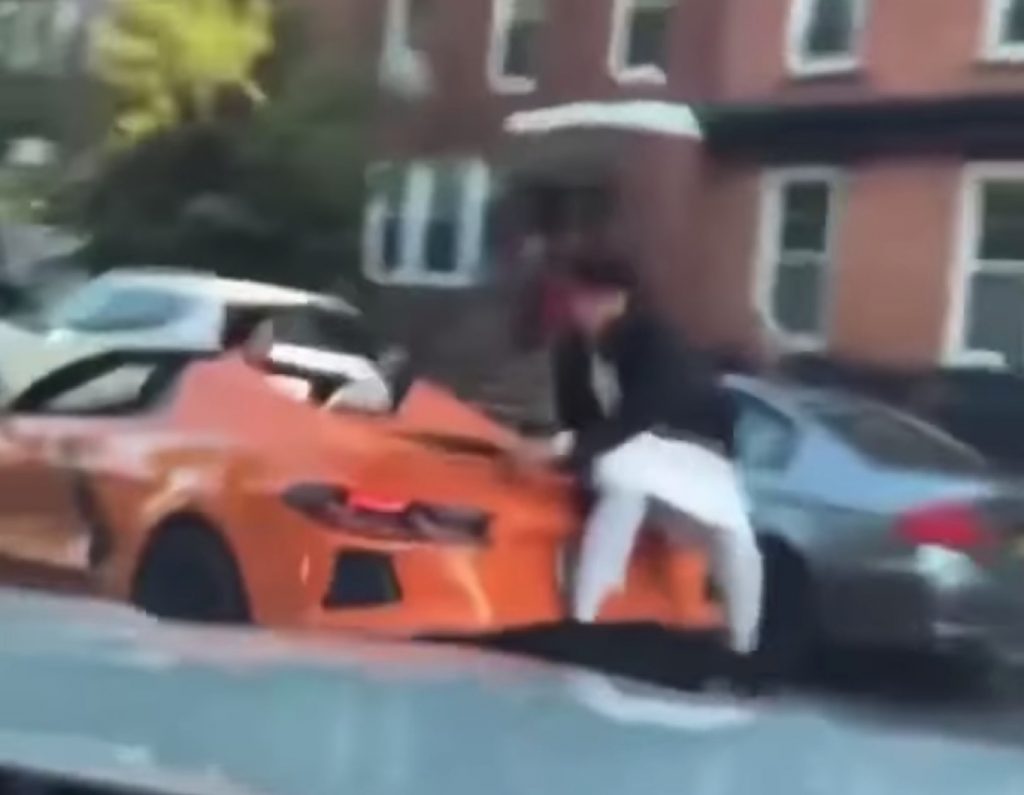 The video was recently posted to social media, and opens on a city street during the day. The video was shot from the passenger seat of another car, and shows a C8 Corvette Stingray covered in Amplify Orange Tintcoat paint speeding down the right side of the street. For some reason, a passenger is seen rolling around on the rear engine cover, hanging off the rear spoiler as the driver leans back to talk.

Unfortunately, because he’s leaning back and looking at the passenger, the driver behind the wheel of this C8 Corvette Convertible doesn’t see a Lexus LX that’s backing out into the middle of the street. Exactly what’s going on with the Lexus is also a bit of a head-scratcher, as it’s uncertain why the SUV is basically perpendicular to the other lanes, but either way, it’s in a prime position to collect the C8 Corvette. 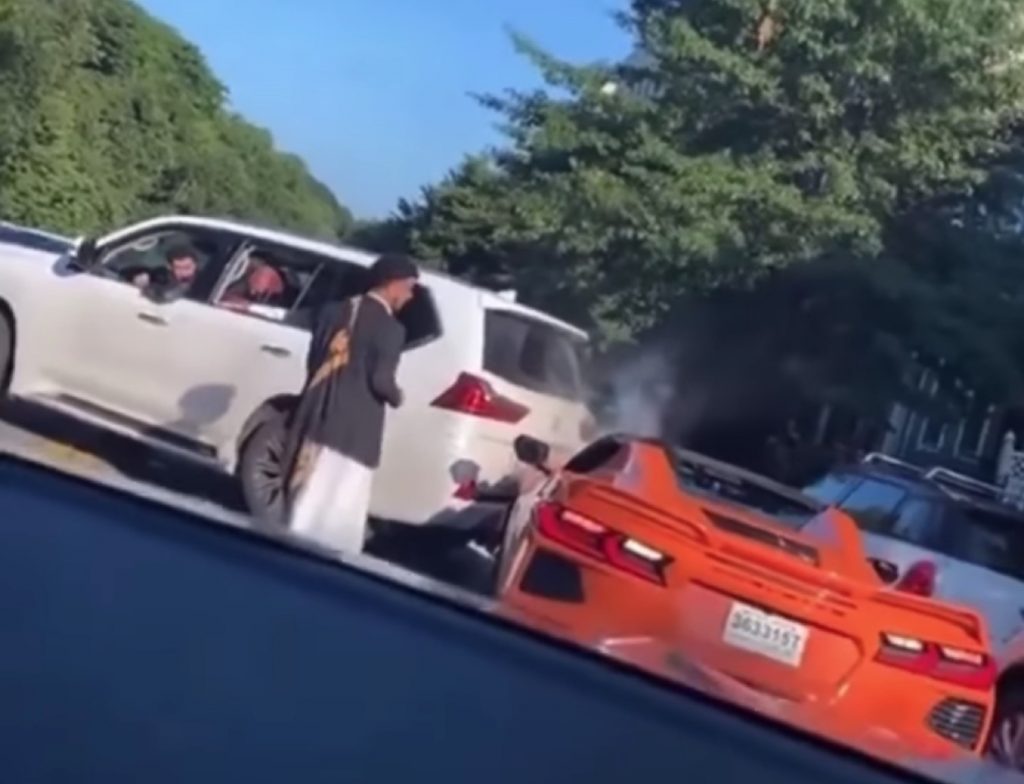 As the camera moves forward, we see the damage on the Vette. The front bumper is hanging off, one of the headlights is crooked, and a fountain of coolant is dripping down onto the street. The driver, however, doesn’t seem terribly concerned, smiling and surveying the wreckage.

It’s unclear how much work it’ll take to get the C8 Corvette back on the road. That said, you can’t fix stupid: