Clocking in at just 30 seconds, the new Chevy Blazer EV video ad is dubbed “It Becomes Clear,” and features slick, fast-moving shots of the new crossover’s exterior and interior, all set to a pulsing dance beat. We see the front-end styling characterized with horizontal lighting signatures and a light-up Chevy Bow Tie badge, followed by a panning shot that moves around from the rear of the vehicle to the side profile, giving us a nice overview of the Blazer EV’s styling.

Next, we head into the cabin where we find a standard 17.7-inch infotainment screen and standard 11-inch Driving Information Center screen, the combination of which stretches across the crossover’s dash. 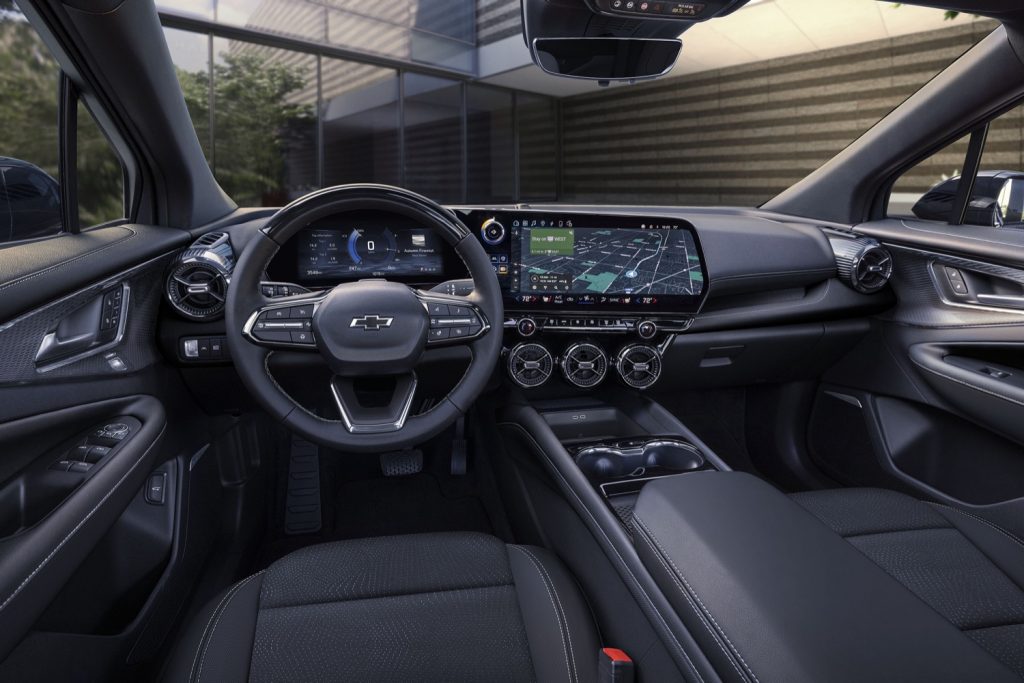 Towards the end of the video, we see the charge port open so that the new Blazer EV can juice up.

“Suddenly it’s clear,” we hear the voiceover narration say. “You can have everything you want in an electric SUV.”

The drivetrain features front-wheel drive, rear-wheel drive or all-wheel drive, with the range-topping SS model producing upwards of 557 horsepower and 648 pound-feet of torque. Under the skin is the GM BEV3 platform, while production will take place at the GM Ramos Arizpe plant in Mexico.