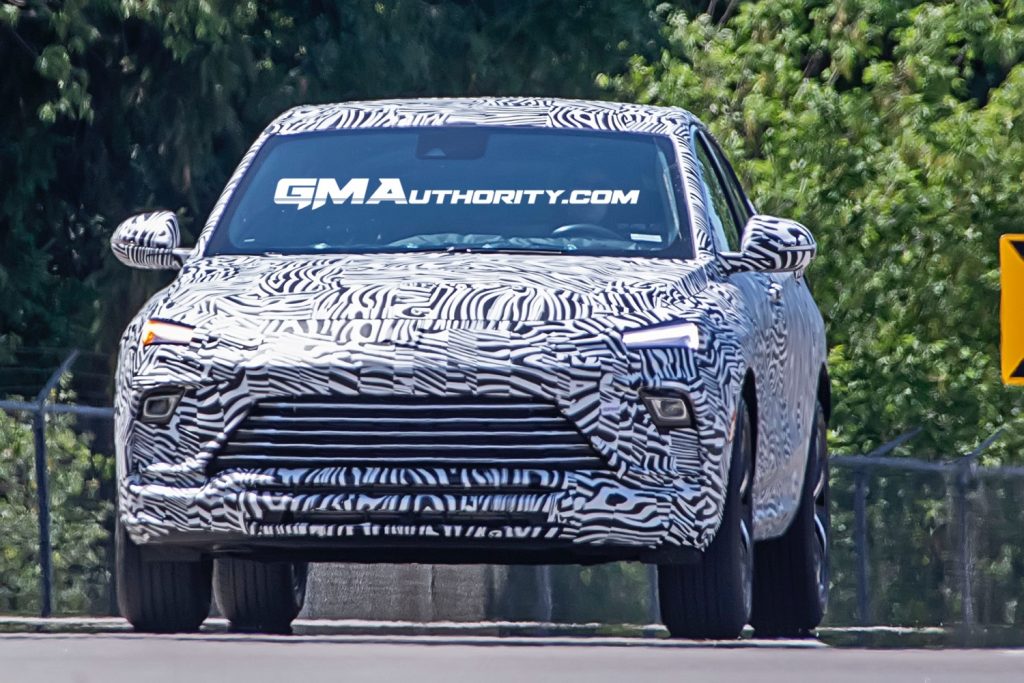 Captured around the perimeter of the GM Proving Grounds in Michigan, this Buick Envista prototype is covered in black-and-white camo designed to obscure the underlying styling lines. Nevertheless, the pictures still provide a good idea what the vehicle will look like in the buff. The styling seen here matches up with a series of leaked images that GM Authority reported on early last month, including the new front end, large grille section with horizontal dividers, sculpted nose, and the latest Buick logo treatment. Other notable styling elements include a coupe-like roofline and two-tone wheels. 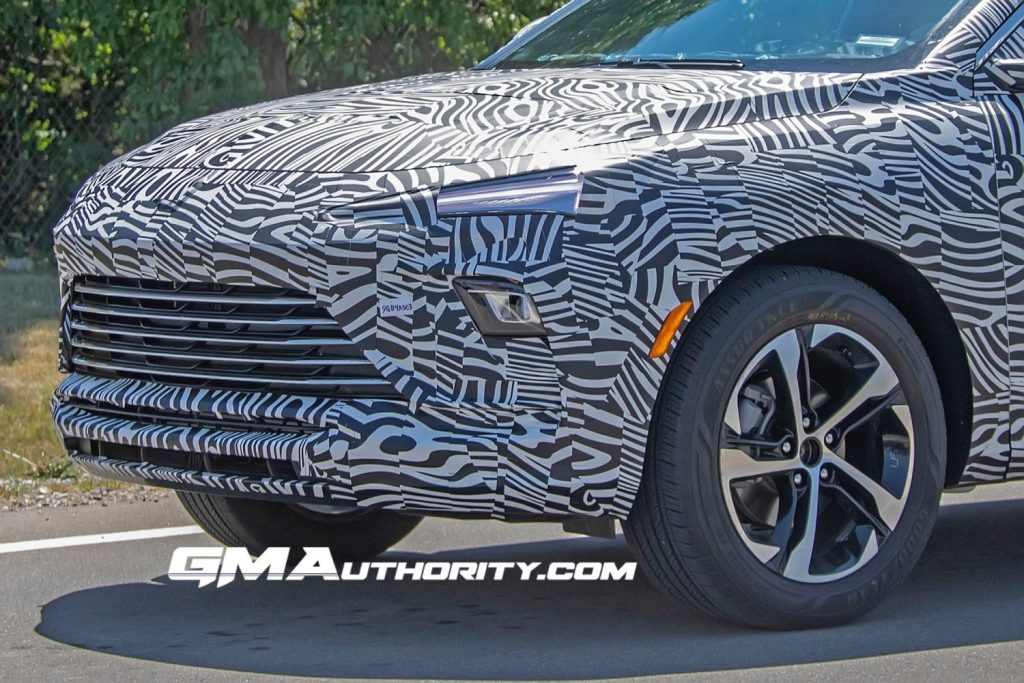 Although the Buick Envista will most likely not be sold in North America, the styling it brings to the table will be echoed elsewhere in Buick’s lineup, including for those models sold a bit closer to home. For readers who may have missed it, GM highlighted Buick’s new design language with the debut of the Wildcat EV Concept, with both ICE-powered vehicles and all-electric vehicles set to adopt similar styling. 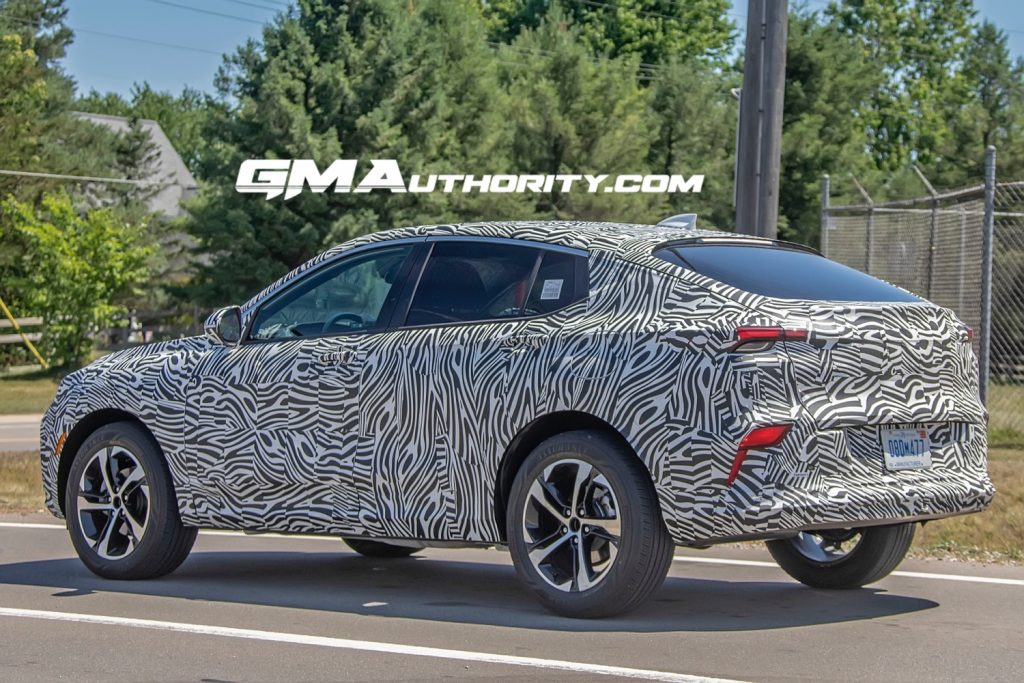