GM also confirmed Canadian pricing for some of the Z06’s performance-focused extras. The Z07 Performance Package will start at C$10,344, bringing FE7 suspension, Brembo carbon ceramic brakes, Michelin Pilot Cup 2R ZP tires, and underbody strakes to the supercar. This package will also require the customer to order either the Visible Carbon or Carbon Flash Painted aerodynamics packages, which will cost $4,594 and $3,444, respectively. Customers who select these options can also add the optional Carbon Fiber Wheels to their vehicle which, like the aero kits, are also available with either a Visible Carbon Fiber or Carbon Flash Painted finish. The Visible Carbon wheels are priced from $13,794, while the Carbon Flash painted wheels are slightly less at $11,494. 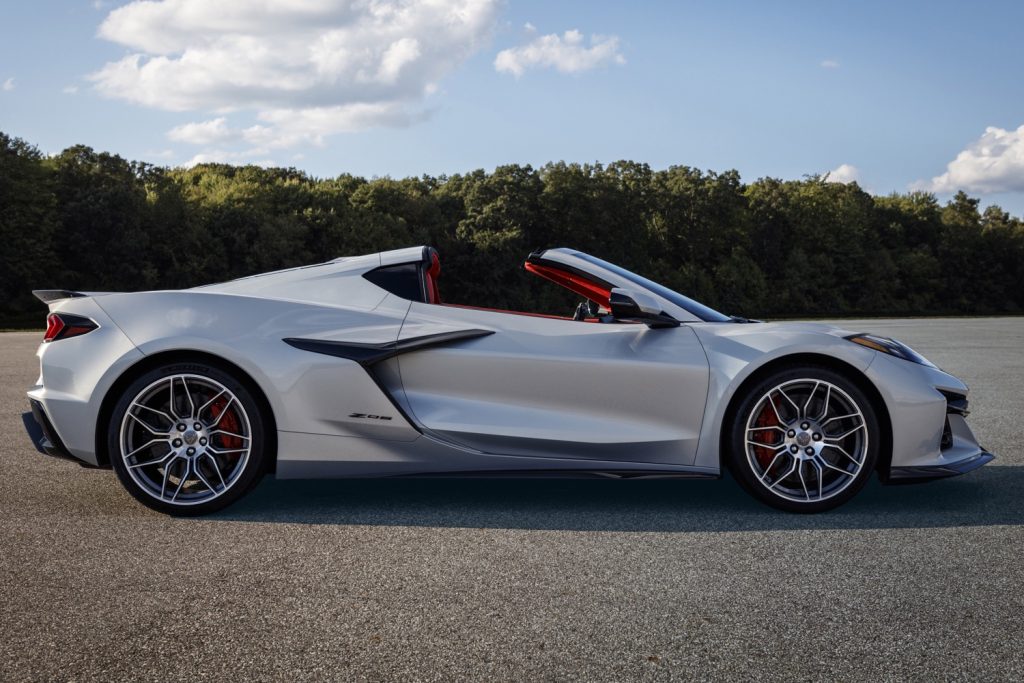 The 2023 Corvette Z06 comes standard with GM’s new flat-plane crank 5.5L LT6 V8 engine, which is rated at 670 horsepower and 460 pound-feet of torque. Power is sent to the rear wheels through an upgraded dual-clutch eight-speed automatic transmission, enabling zero to 60 mph time of roughly 2.8 seconds and a top speed of around 188 mph. Production will commence at the GM Bowling Green plant in Kentucky later this year.