The 2023 Corvette Z06 elevates the eighth-generation C8 Corvette to a new level of performance, but all that go-fast goodness didn’t come from nowhere. In fact, a good deal of what makes the 2023 Corvette Z06 so great can be traced back to the championship-winning Corvette C8.R race machine, as highlighted in the following brief video.

Clocking in at under three minutes, the video is one the latest from the Corvette Academy series, detailing some of the development that went into the creation of the 2023 Corvette Z06.

“The Z06 is, so far, the closest that I’ve ever seen a real street car get to a race car,” says Corvette Racing driver Tommy Milner. Those words should be weighted appropriately – with a racing career that dates back decades, including stints in Grand-Am racing, the American Le Mans Series, and now behind the wheel of the C8.R in the IMSA SportsCar Championship, Milner knows what’s what when it comes to performance.

As explored in the video, the 2023 Corvette Z06 is closely related to the C8.R in a number of different aspects. For example, there are several parts that are shared between the production team and race team, with development often taking place in shared test facilities. The end result is that the production vehicle and racing vehicle share a symbiotic relationship, with one benefiting the other and vice versa. 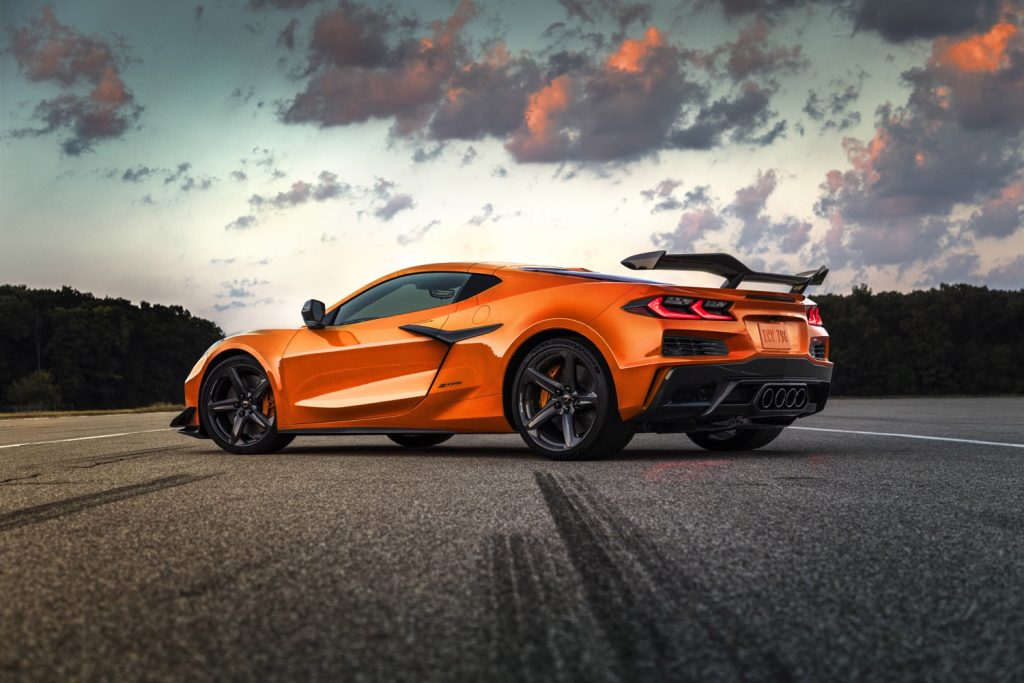 One of the best examples of this “tech transfer” is the powertrain. Mounted behind the cabin of the 2023 Corvette Z06 is the naturally aspirated 5.5L V8 LT6 gasoline engine, which was developed in conjunction with the C8.R since 2020, providing two full years of race-proven development time to ensure its performance and reliability for the street car. Output from the factory is rated at 670 horsepower and 470 pound-feet of torque, which, according to Motorsports Technical Director, Pratt & Milner, Ben Johnson, is upwards of 150 horsepower more than what is produced by the C8.R.

If you love the new Corvette Z06 and want to know more about its motorsports roots, this video is a must-watch:

As a reminder, the 2023 Corvette Z06 rides on the GM Y2 platform, while production takes place at the GM Bowling Green plant in Kentucky.