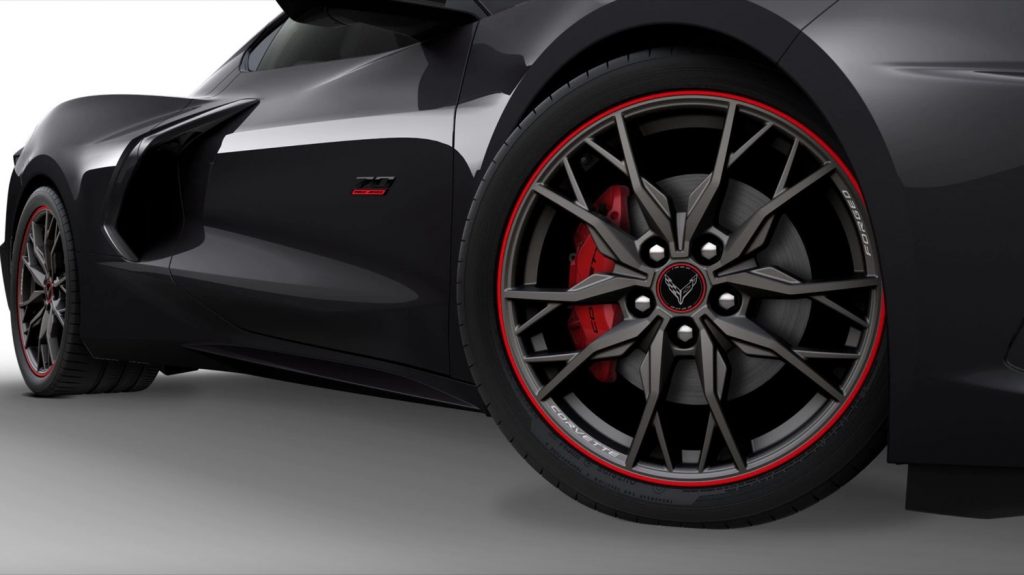 The wheels in question are made from forged aluminum and sized at 19 inches in front and 20 inches in the rear, presenting a 20-spoke Midnight Gray-painted design with a Red stripe. The wheels are tagged with RPO code Q9A, and are offered as an optional extra for all 2023 Corvette Stingray trims, priced at $1,495 as a standalone option, and included as standard for the 2023 Corvette 70th Anniversary package. 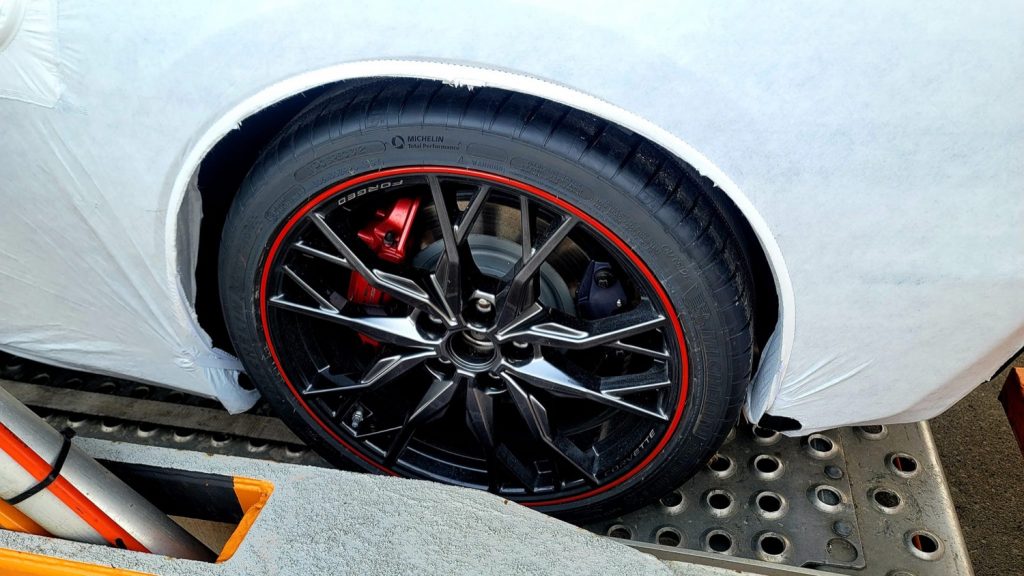 As a reminder, the 70th Anniversary Special Edition package is tagged with RPO code Y70, and in addition to the wheels listed above, the package also includes red-painted brake calipers, a black rear fascia / roof storage protector, Ceramic White leather seating surfaces with red stitching, and more. The special edition package is offered as an optional extra for 2023 Corvette 3LT Coupe and 3LT Convertible trim levels, and is also available in conjunction with the new 2023 Corvette Z06.

As for the greasy bits, the 2023 Corvette Stingray is powered by the naturally aspirated 6.2L V8 LT2 gasoline engine, which is rated from the factory at 490 horsepower and 465 pound-feet of torque. Under the body panels, the C8 Corvette rides on the GM Y2 platform, while production takes place at the GM Bowling Green plant in Kentucky.