First, let’s briefly summarize the previous GM Authority coverage regarding the infotainment system control layout for units of the Cadillac CT5 produced prior to the 2022 model year. As covered previously,  these earlier Cadillac CT5 models had an identical infotainment control layout as the 2020 and 2021 Cadillac CT4, with the slightly smaller CT4 running either the GM 8-speed automatic transmission, or the GM 10-speed automatic transmission, depending on the powertrain selected. While the 8-speed automatic includes a conventional shift lever, which doesn’t provide the space needed for a console-mounted rotary dial and surrounding buttons, the 10-speed automatic incorporates the GM Electronic Precision Shift lever, which does provide the space needed on the center for a rotary dial and buttons. 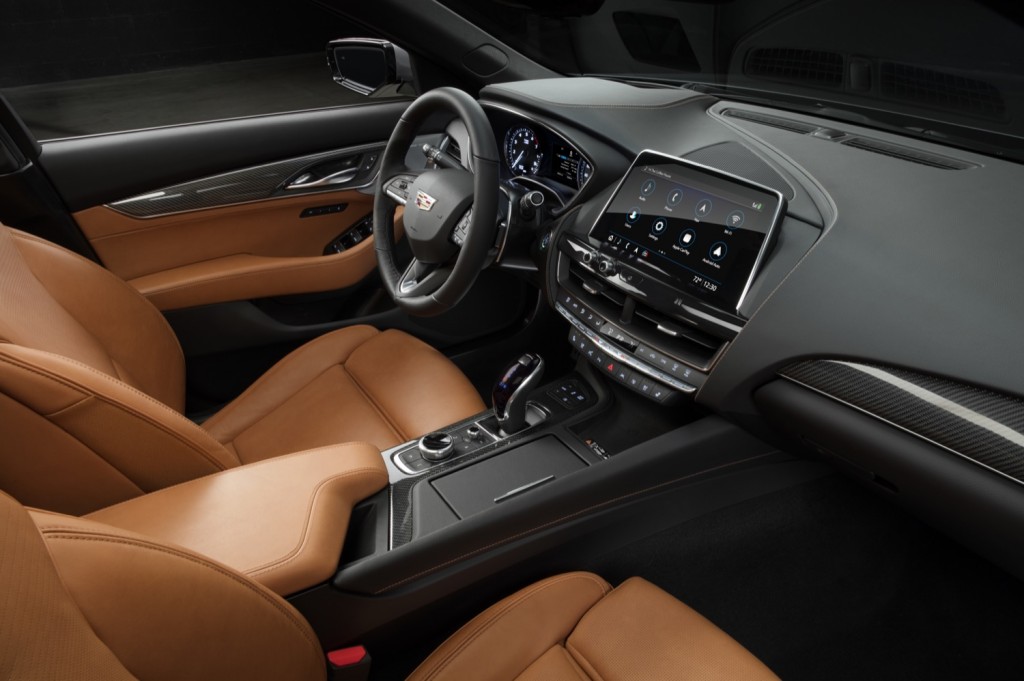 As a result, the 2020 and 2021 Cadillac CT5, which exclusively runs the 10-speed automatic transmission on non-Blackwing models, also incorporates console-mounted rotary dial and surrounding buttons. To notes, these controls are in addition to the touchscreen controls.

Now, with the 2022 Cadillac CT5, this layout and control scheme changes for nearly all variants. The center stack-mounted volume and selection buttons, normally located below the infotainment screen, are gone on all models with the exception of Cadillac CT5-V Blackwing variants equipped with the manual transmission, as there’s no room on the center console for the rotary dial and surrounding buttons.

As a reminder, non-Blackwing variants of the 2022 Cadillac CT5 are offered with two powertrain options, including the turbocharged 2.0L I4 LSY gasoline engine, and the twin-turbocharged 3.0L V6 LGY gasoline engine. Both powertrains connect to the GM 10-speed automatic transmission. Under the skin is the GM Alpha 2 platform, while production takes place at the GM Lansing Grand River plant in Michigan.