Starting with the 2011 model year, General Motors built 69 Chevy Camaro COPOs (Central Office Production Order) per year to be used for NHRA Stock Eliminator and Super Stock Drag Racing programs. Intended strictly for competition use, these COPOs could not be licensed for street use. The Camaro COPOs could be ordered and delivered through Chevy dealers, but only through a designated online registration program. 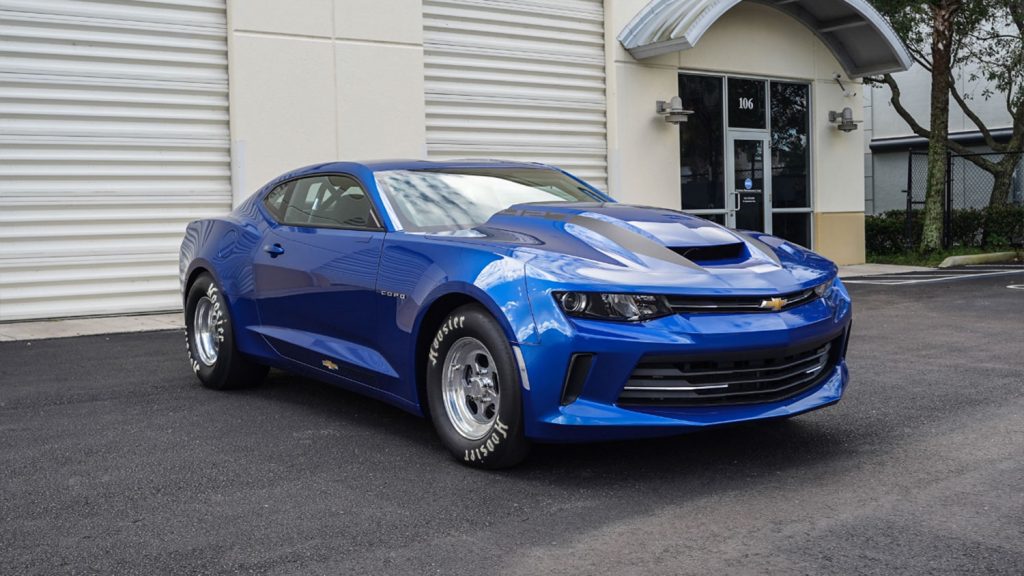 Our feature 2016 Chevy Camaro COPO is finished in Hyper Blue with matte black stripes. From the first look at the exterior of the Camaro COPO, you know this isn’t your standard-issue Camaro. The carbon fiber hood has a massive high-rise cowl, the tires are raised-white-letter “billboard” Hoosier drag meats mounted on Bogart racing wheels, and there are wheelie bars and a parachute protruding from the back. Arresting the Camaro from high speeds is taken care of by Strange Engineering four-piston calipers with slotted rotors. The suspension is comprised of a four-link with a Panhard rod and adjustable Strange coilovers. The seller notes that the hood has a crack in the paint toward the leading edge. 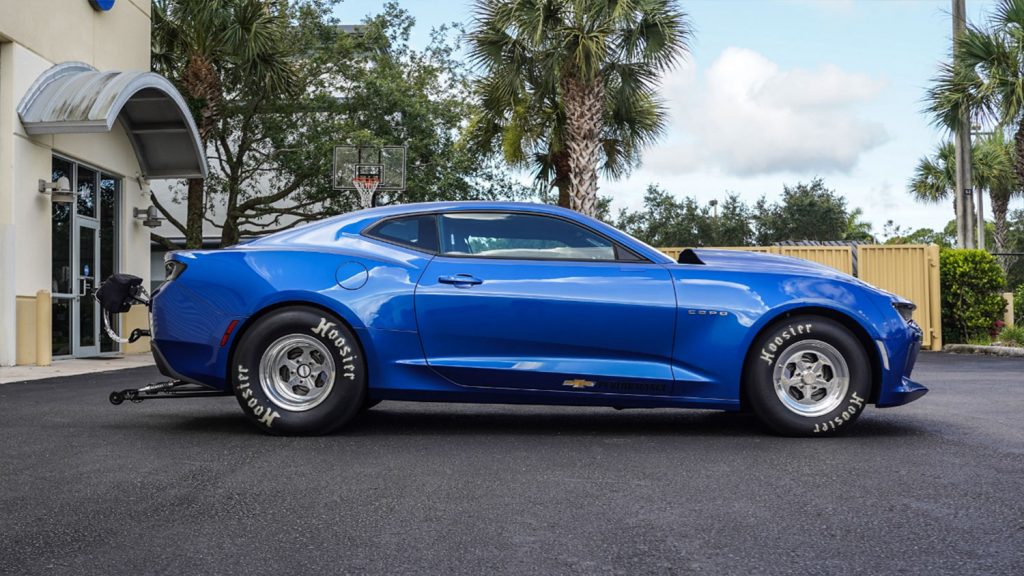 Opening the door of the Chevy Camaro COPO reveals a nicely appointed interior, particularly for a competition car. The steering wheel is leather wrapped, and the carpets have attractive gray carpet. The door panels still look fairly standard, with power window and lock switches and what appear to be speaker grilles. However, where an entertainment system would normally be is a set of toggle switches controlling starting, ignition, fuel, fan, and lights. Where there would normally be a standard shifter, a ratchet-style competition unit resides. The back seat is absent, but an NHRA-approved eight-point roll cage has been installed. Stock Camaro seats have been swapped for racing seats with Simpson harnesses. 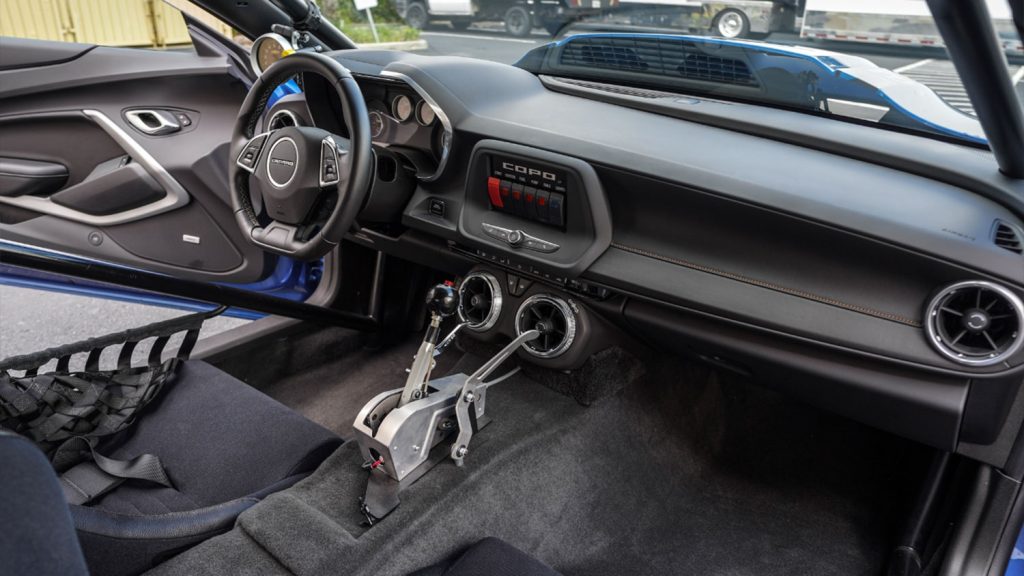 Under the hood of the Chevy Camaro COPO is the brutish 427 cubic-inch LS7 rated at 470 horsepower. The hand-built 427 is fed by a Holley Hi-Ram intake and Holley EFI system. Spent gasses are exhaled through open headers. The regular Camaro gas tank has been replaced by a racing fuel cell mounted in the trunk, along with the relocated battery. An ATI Turbo-Hydramatic three-speed automatic trans moves power to the wheels through a Strange axle with 4.57 gears. 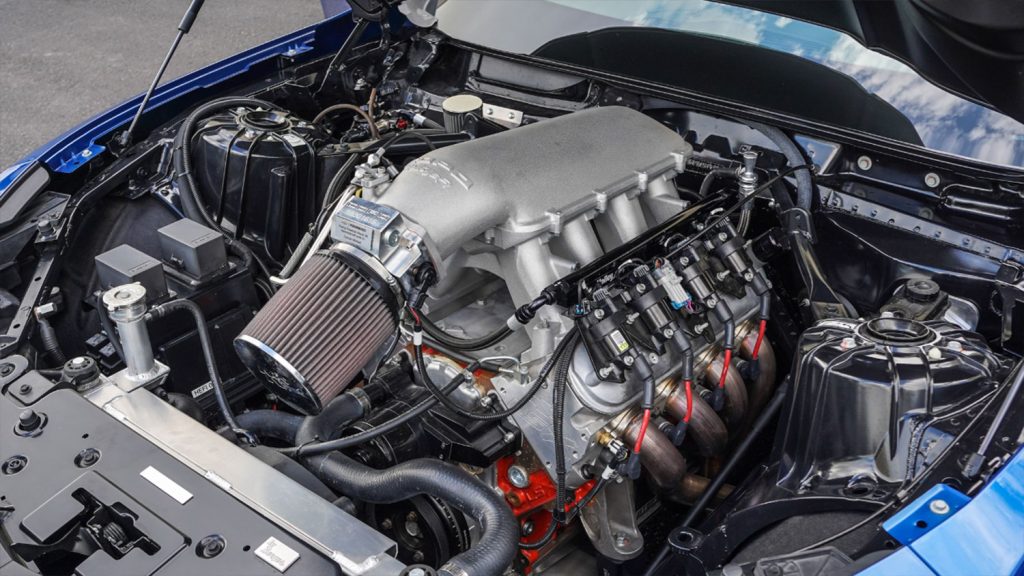 This rare Chevy Camaro COPO drag car is for sale on auction website Bring a Trailer with six days to go and the top bid in excess of $50,000. 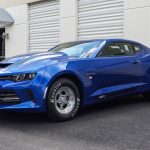 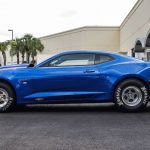 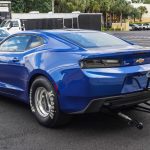 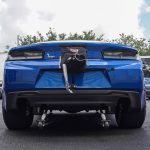 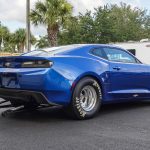 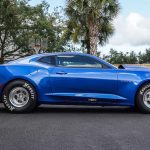 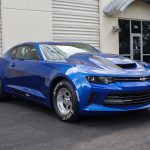 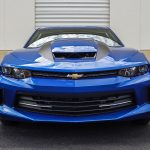 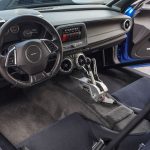 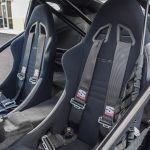 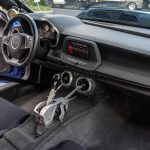 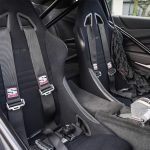 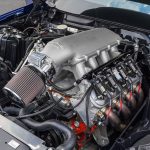 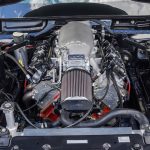 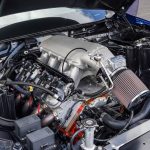 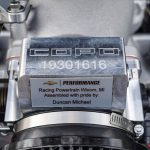