For the 1966 model year, General Motors introduced a new E-platform personal luxury car. The Oldsmobile Toronado was different from the Buick Riviera, which was riding on the same platform, in that it featured a front-wheel drivetrain. The Olds would share this design trait, and a number of others, with the redesigned Cadillac Eldorado that debuted the following year. Motor Trend named the Toronado its Car of the Year for 1966. 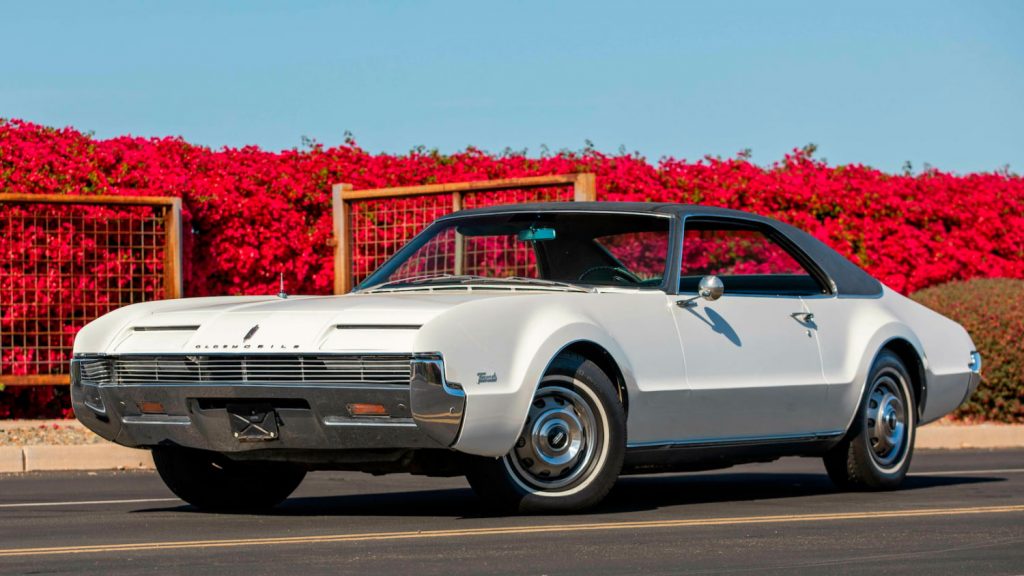 The Oldsmobile Toronado was the first front-wheel-drive car made in America since the 1937 Cord. Due to its front-drive layout that negated the need for a transmission tunnel, the Toronado featured a flat floor, making it a true six-passenger coupe. The Toronado had a low fastback design, resulting in a sleek appearance that with a height similar to a Chevy Corvair. Long doors necessitated two sets of interior door handles to allow back seat passengers a way to exit without troubling front-seat occupants. 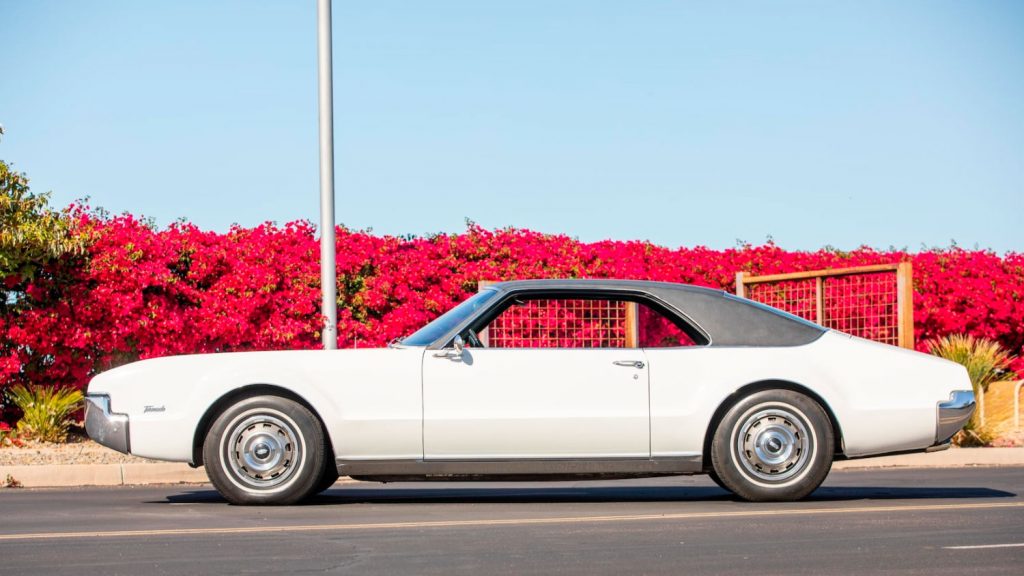 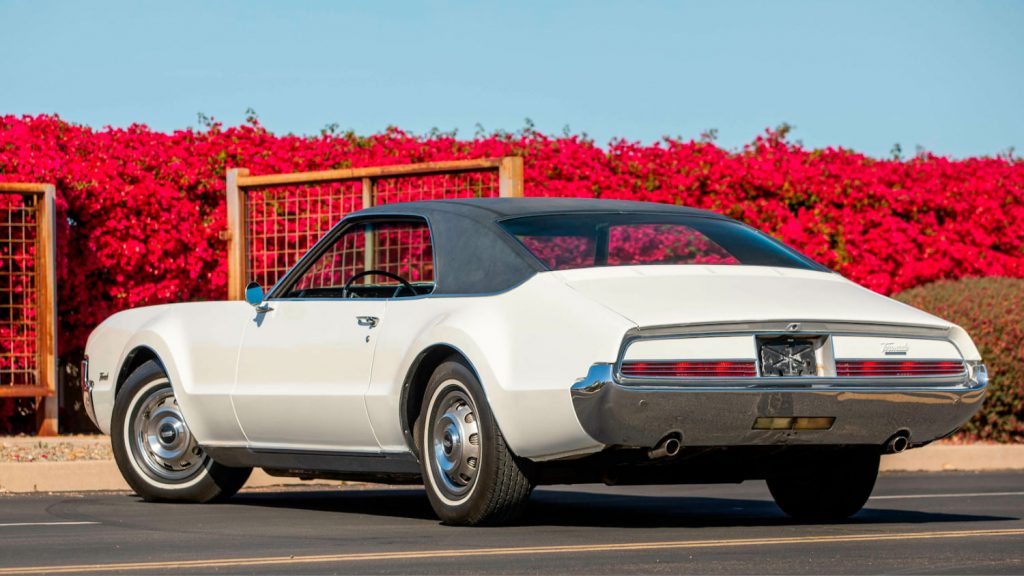 The Oldsmobile Toronado dash was unique in the automotive world. The horizontal speedometer, located right above the steering column, rolled over like a slot machine. To the left side of the steering wheel one would find the climate controls and wiper/washer rocker switches. Gauges were arrayed on both sides of the wheel. 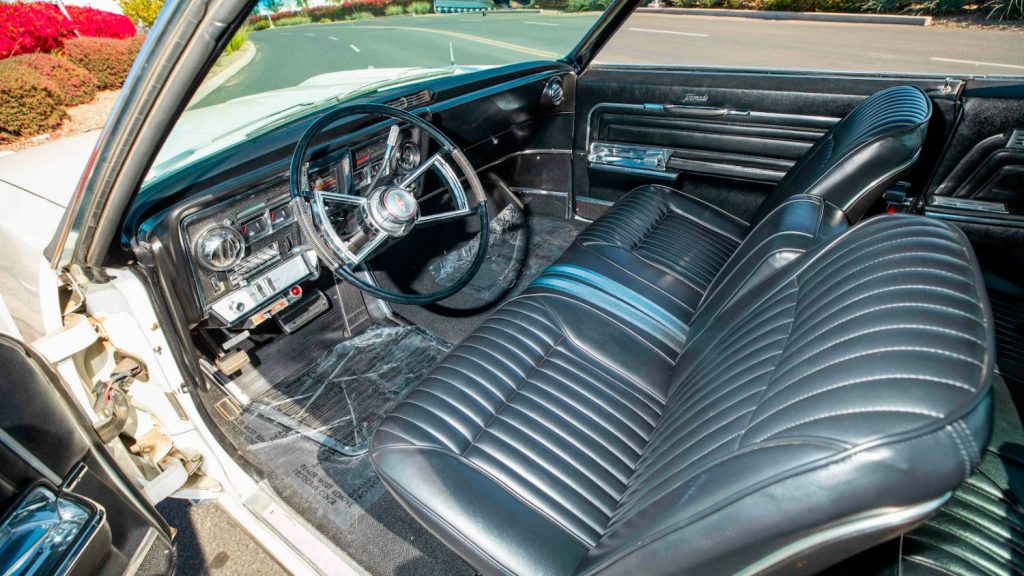 Powering the Oldsmobile Toronado was a 425 cubic-inch Super Rocket V8 good for 385 horsepower and a staggering 475 pound-feet of torque. Power was transmitted to the front wheels by a heavy-duty Turbo-Hydramatic automatic transmission. The Toronado had special tires developed specifically by Firestone called Toronado Front Drive, or TFD, that came equipped with stiffer than normal sidewalls, unique tread, and a thin whitewall. All that power could launch the Toronado from a dead stop to sixty miles per hour in 7.5 seconds. 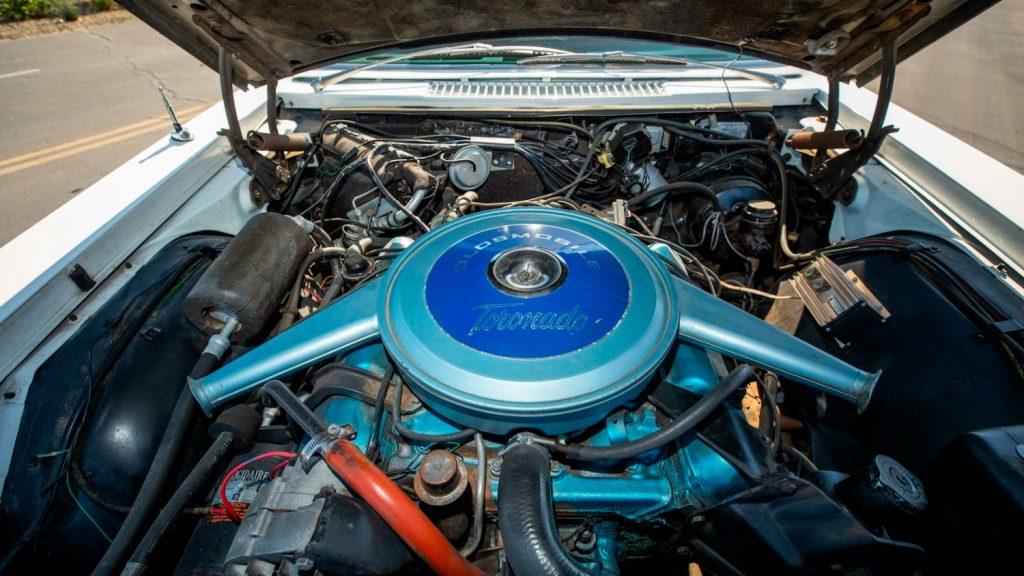 Our feature 1966 Oldsmobile Toronado is finished in Provincial White with a black vinyl roof and a black interior. It has only been driven 61,000 miles from new. It is powered by the aforementioned 425 cubic-inch Super Rocket V8 and three-speed Turbo-Hydramatic transmission. It came from the factory equipped with power steering, power brakes, air conditioning, power windows, tinted glass, and full wheel covers. 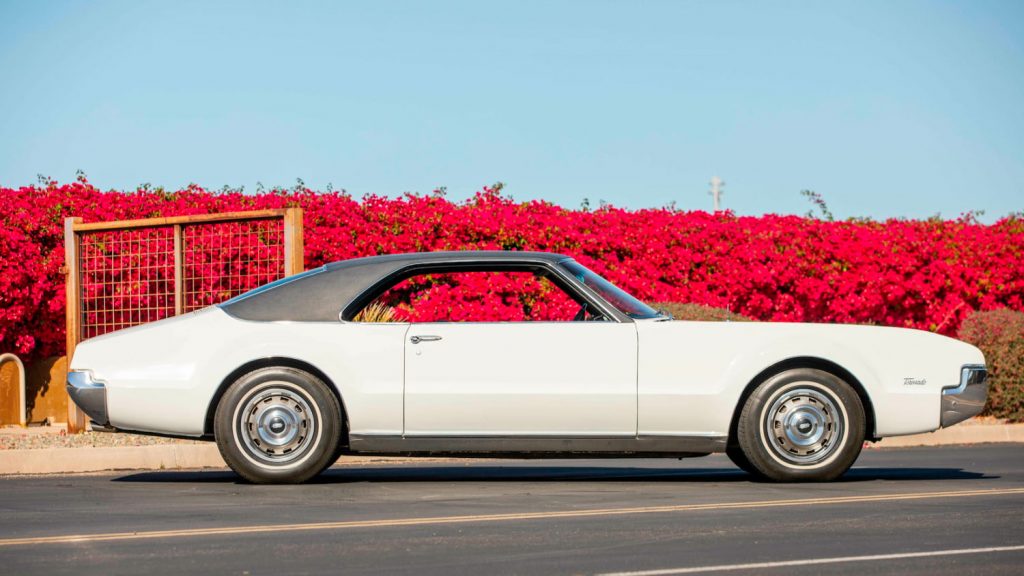 This well preserved bit of Oldsmobile history will cross the Mecum Auctions block at their Dallas, Texas event taking place September 7th through the 10th. 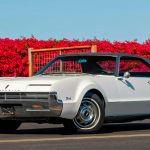 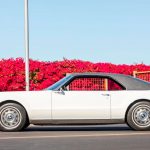 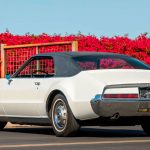 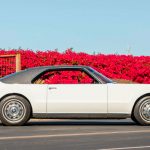 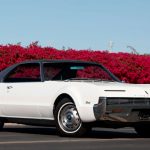 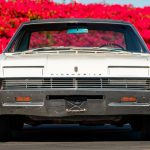 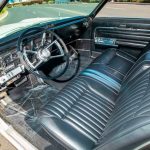 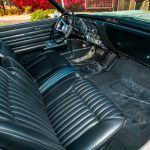 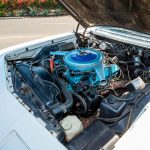 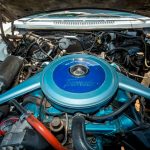 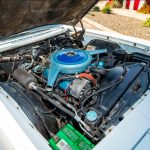