We’re headed back to the muscle car golden age with the following drag racing video, where we find a pair of Bow Tie-brand classics going head-to-head in a matchup between a 1966 Chevy Chevelle and 1969 Chevy Nova.

Once again coming to us from the Cars And Zebras YouTube channel, the video is relatively short, clocking in at a little over six minutes. That said, the content is sweet indeed, with walkarounds and specs on both vehicles, as well as three rounds of racing action at the end.

Let’s kick it off with the 1966 Chevy Chevelle, which shows off an attractive burgundy paint finish that looks great against the polished brightwork. Under the hood, this Chevelle is running the naturally aspirated L78 V8 engine, which displaces 396 cubic inches and was rated at 375 horsepower at 5,600 rpm and 415 pound-feet of torque at 3,600 rpm thanks to features like forged internals, a solid lifter cam, an aluminum intake manifold, rectangular port heads, and a compression ratio of 11.0:1. 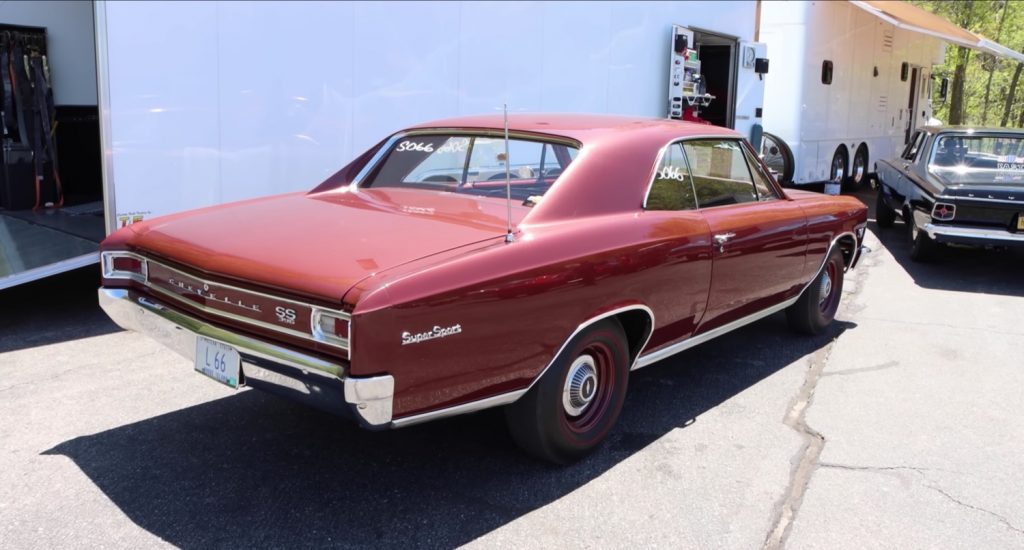 This particular example is also equipped with a four-speed manual transmission, which feeds a set of 4.56 rear gears. Weight with driver is estimated at 3,634 pounds.

So then, what about the competition? 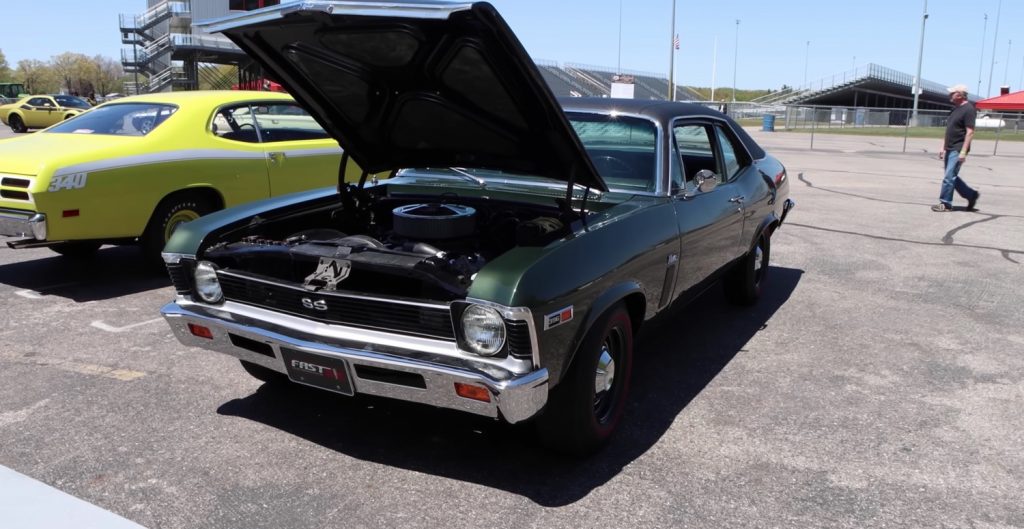 Staging in the other lane is this 1969 Chevy Nova Super Sport, which also just so happens to be equipped with the L78 V8 engine. Output from the factory matches that of the Chevelle at 375 horsepower and 415 pound-feet of torque, but unlike the Chevelle, the Nova is running a three-speed automatic transmission built specifically for the L78, featuring upgrades like a high-stall torque converter, more robust clutch packs, and a 6,400-rpm shift point. Motivation reaches the rear axle through 4.30 rear gears, while weight with driver is estimated at 3,620 pounds.

So, although these two Chevrolets are closely matched in terms of specs, the transmission differences will mean this drag race is down to the drivers. Hit play to see which machine takes the W: