The 1965 model year saw a number of changes for the Chevy Corvette. The hood indentations of the previous two years were eliminated, also negating the need for the two drain holes. Front fender side vents became functional, morphing from the two horizontal mock strakes to three vertical gills that helped vent heat from the engine bay. The grille bars were painted black, but the grille surround was polished stainless. 1965 was the only year this design was used. 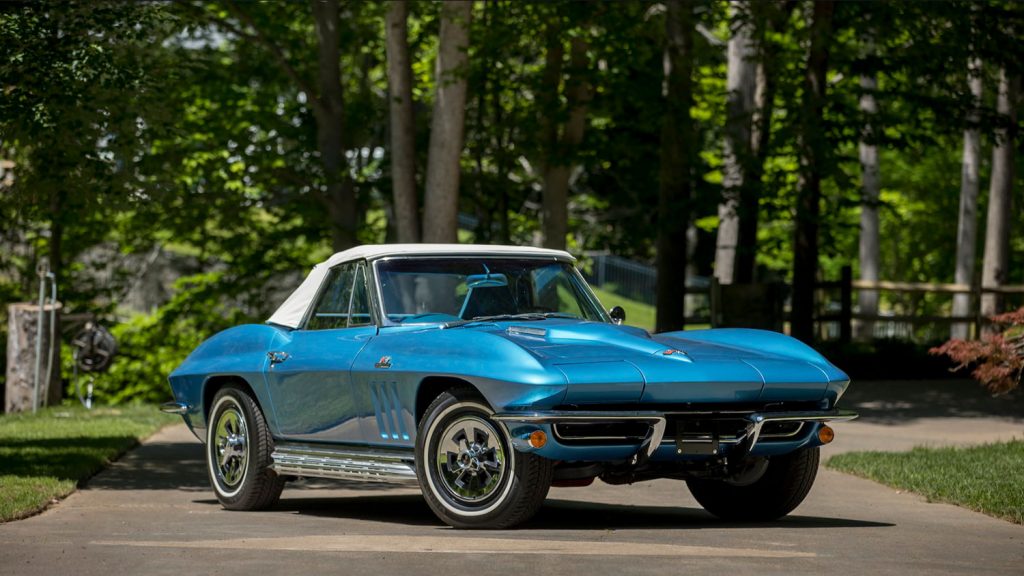 Inside the Chevy Corvette, the gauges changed from a somewhat conical design to flat, but were still painted black. The space around the radio and speaker was painted rather than vinyl covered. Corvette seats grew slightly in size, becoming more supportive, and the door panels added integrated armrests. A power antenna became standard equipment. 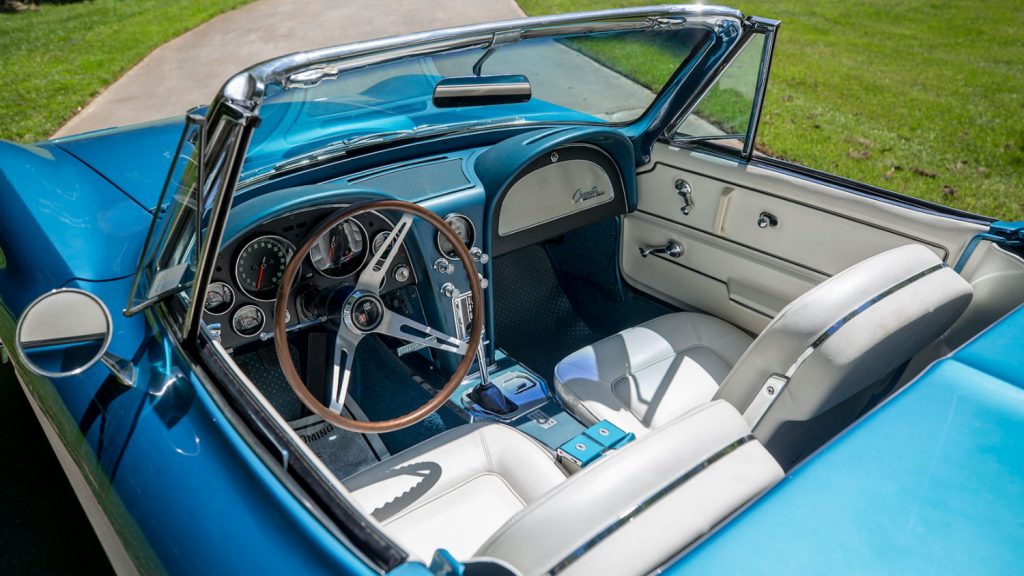 In addition to the interior and exterior here were mechanical innovations to the 1965 Chevy Corvette. Four-wheel disc brakes with four-piston calipers became standard equipment, a welcome improvement. Knock-off wheels were painted dark gray between the vanes. Side-mount exhaust was available for the first time. However, the most noteworthy addition was the mid-year introduction of RPO L78, the 425-horsepower 396 cubic-inch Big Block V8, which required a new hood with a power bulge to clear the engine. 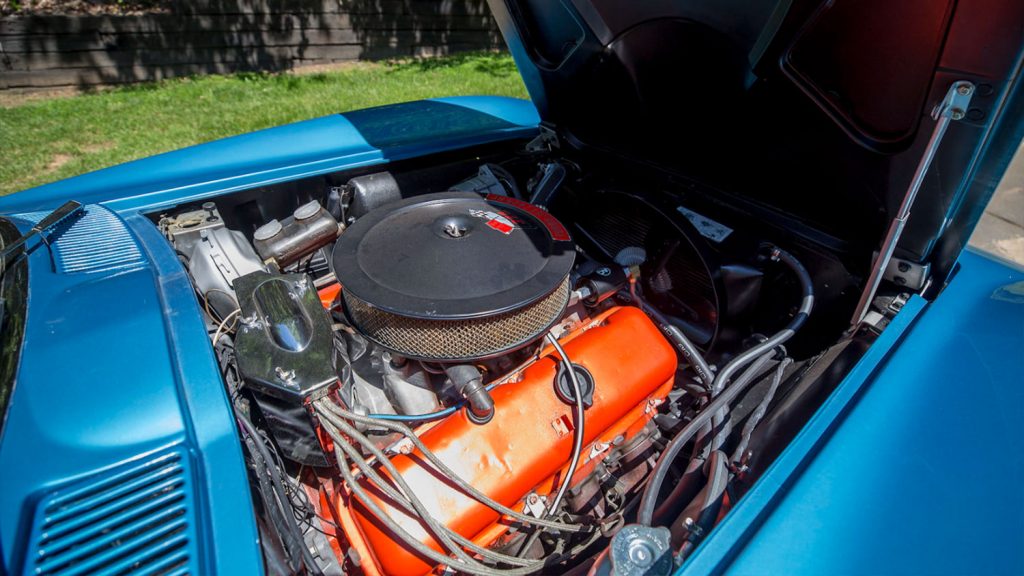 Our feature 1965 Chevy Corvette convertible is finished in Nassau Blue, the most popular color for the year. It has a white interior and white soft top. It is equipped with the legendary 396 cube big block backed by a four-speed manual transmission. Spent gasses are exhaled through side-mount exhaust pipes. Power disc brakes handle stopping duties. 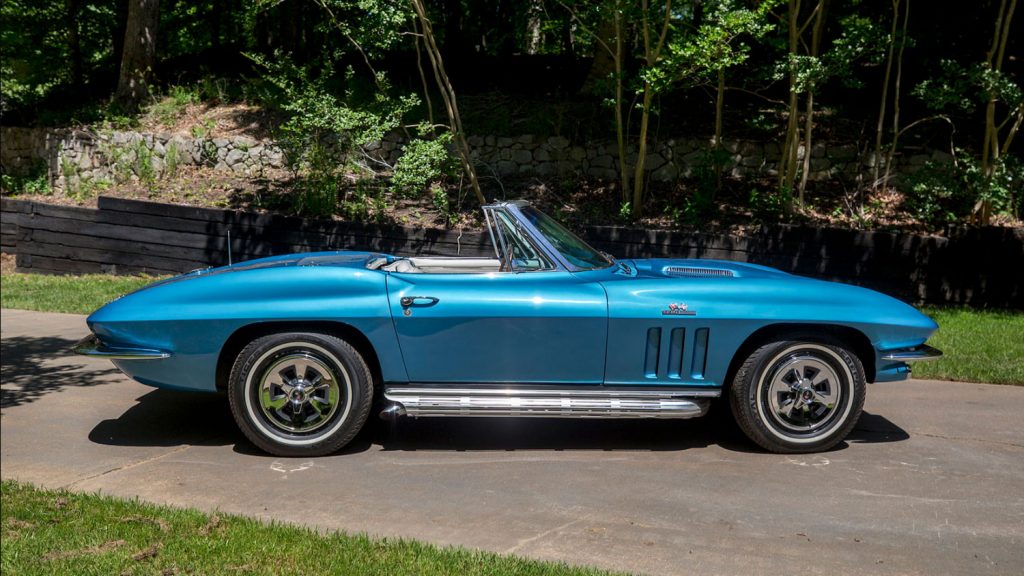 This Chevy Corvette has been in the owner’s car for thirty-five years, being kept in storage for thirty of them. The engine has been rebuilt and balanced, and the suspension has been rebuilt. The gauges, brakes, top, and interior are all new. Receipts for all the work done are included in the sale. 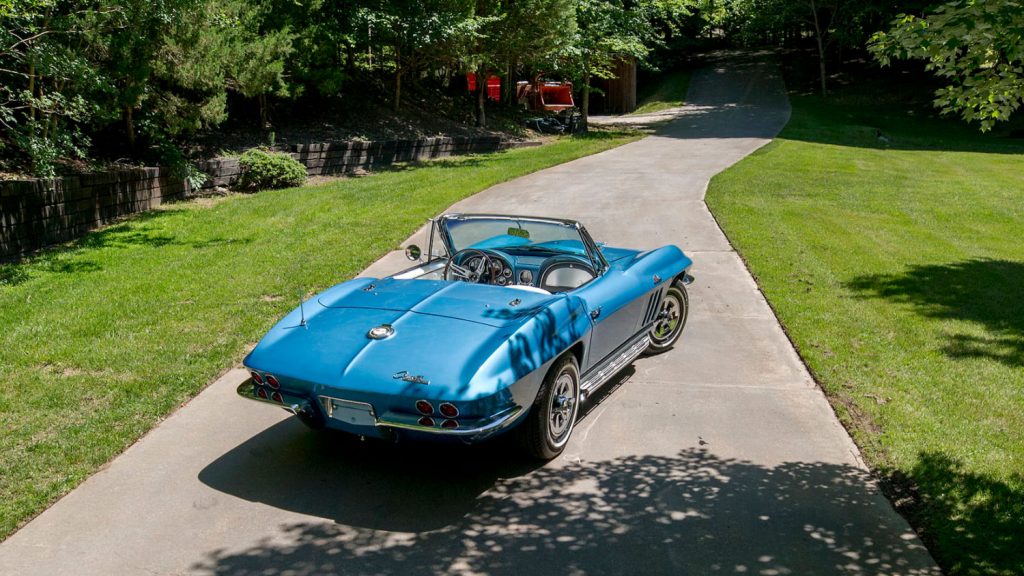 This beautiful 1965 Chevy Corvette convertible will cross the Mecum Auctions block at their Harrisburg, Pennsylvania sale taking place July 27th through the 30th. 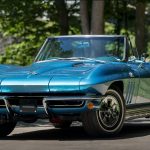 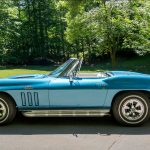 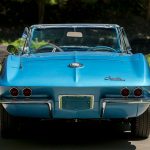 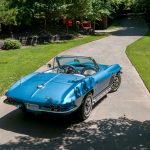 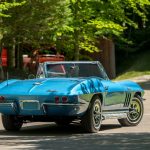 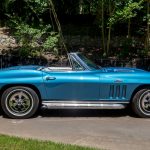 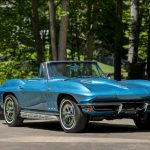 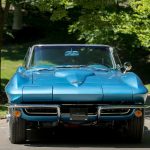 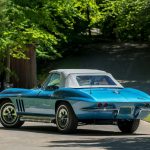 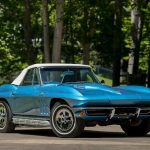 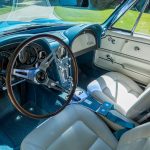 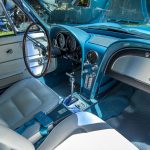 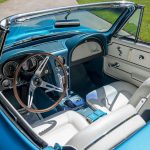 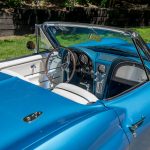 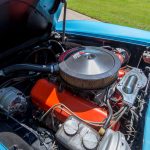 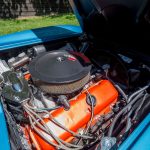