The 1960 Chevy Corvette would mark a number of “firsts.” The Corvette production exceeded ten thousand units for the first time, higher horsepower engines were equipped with aluminum radiators, and it was the first time Corvettes would compete in the grueling 24 Hours of Le Mans. 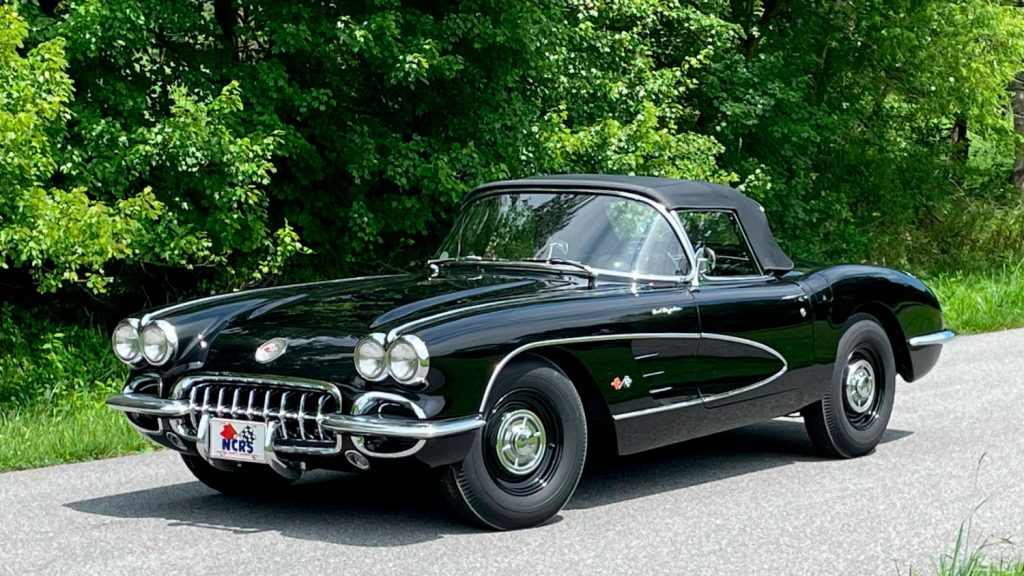 1960 would also see a number of lasts for the Chevy Corvette. The heavy chrome teeth in the grille would depart after the 1960 model year, replaced by 1961’s bright horizontal and vertical bars. 1960 would be the last year for the rounded rear bodywork, and the “duck tail” rear end with four tail lights bowed in ’61, along with painted headlight bezels. 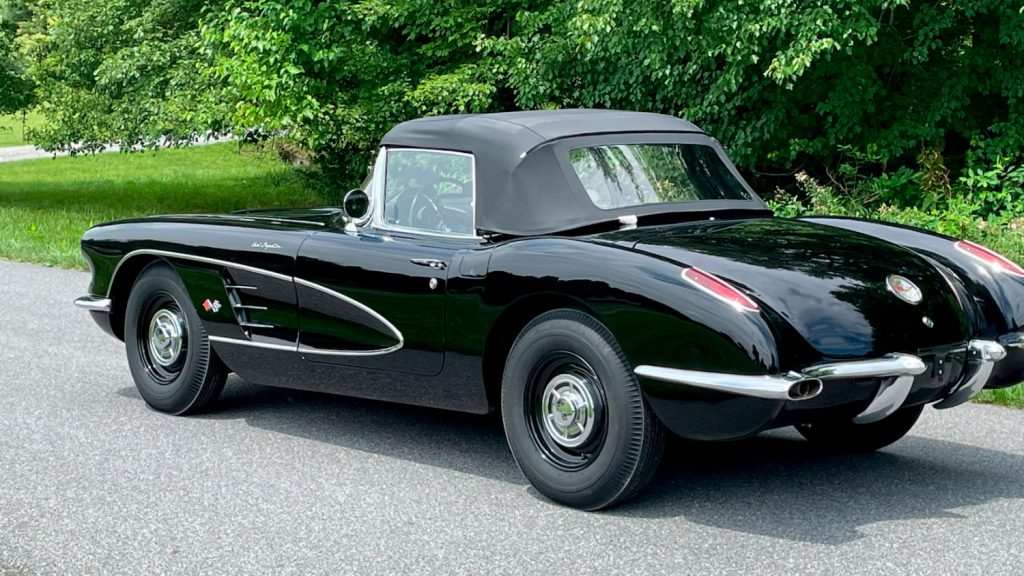 The 1960 Chevy Corvette was available with a variety of engines, all displacing 283 cubic inches. The base engine was rated at 230 horsepower, fed by a single four-barrel carb, and could be easily spotted as it was the only offering with painted steel valve covers. Other carbureted offerings were rated at 245 and 270 horsepower, both with dual four-barrels. Fuel-injected engines could be had in 250- or 290-horsepower guise. Some literature shows fuel-injected engines rated at 275 or 315 horsepower with aluminum cylinder heads, but problems with the high silicone casting led to those options to be canceled early in production. 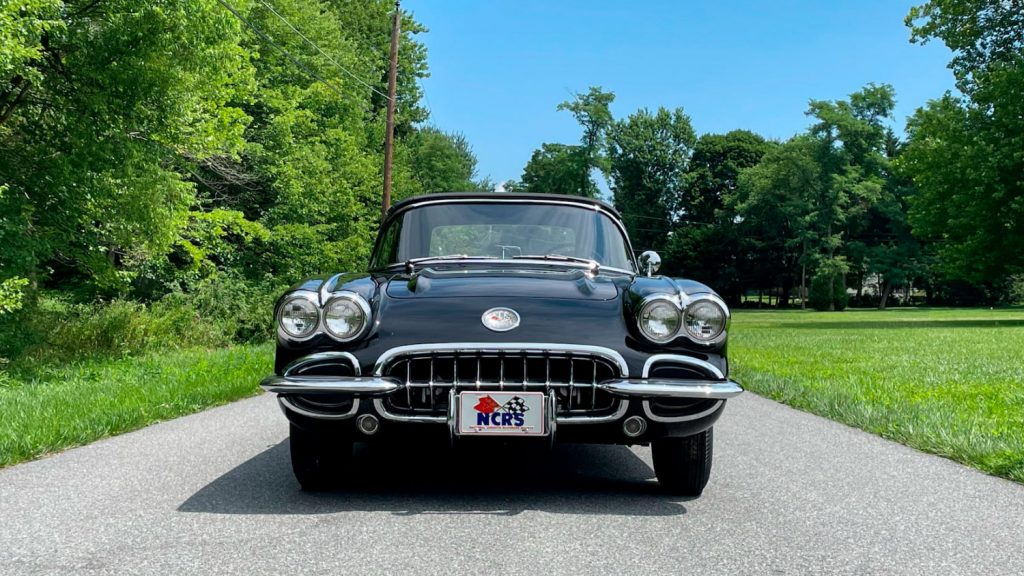 There were three different transmission options for your 1960 Chevy Corvette. A three-speed manual was the standard offering, with an optional four-speed manual or the two-speed Powerglide automatic for those averse to stirring their own automotive drink.

Aside from the powertrain options, additional luxury equipment for the Chevy Corvette was rather limited. One could order an auxiliary hard top, power soft top, power windows, interior courtesy light, heater, a Wonderbar AM signal-seeking radio, whitewall tires, windshield washers, or sun visors. There was no option for power steering or brakes. 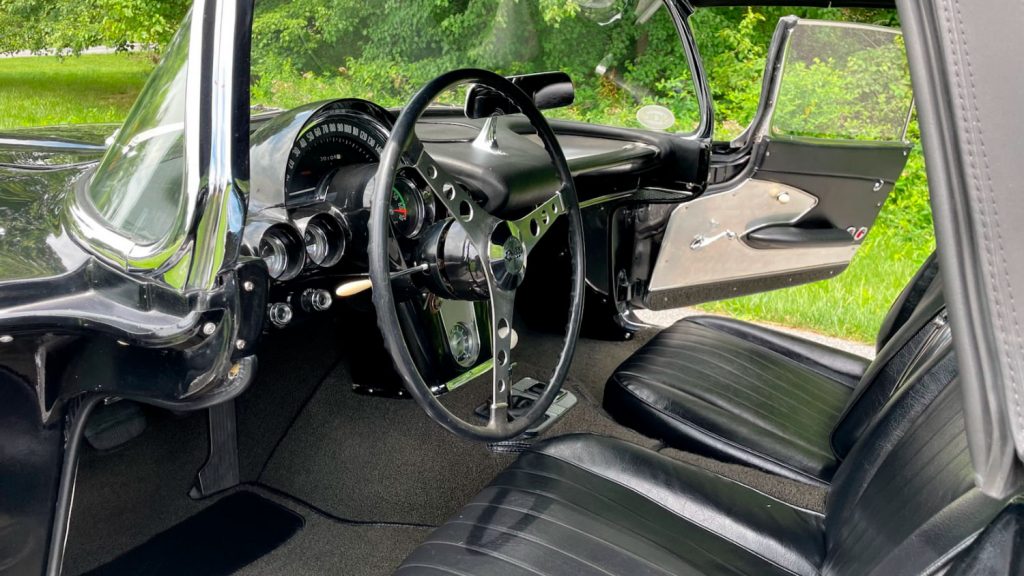 More sporting types could spec their Corvettes with RPO 276 that gave you 5.5-inch wide wheels, 1/2-inch wider than stock, RPO 675 Positraction Rear Axle, and RPO 687 Heavy-Duty Brakes and Special Steering. RPO 687 was much more than the name suggested, including special front and rear shocks, air scoops for cooling front and rear brakes, finned brake drums with cooling fans, and quicker steering. Only 119 examples left the factory so equipped. 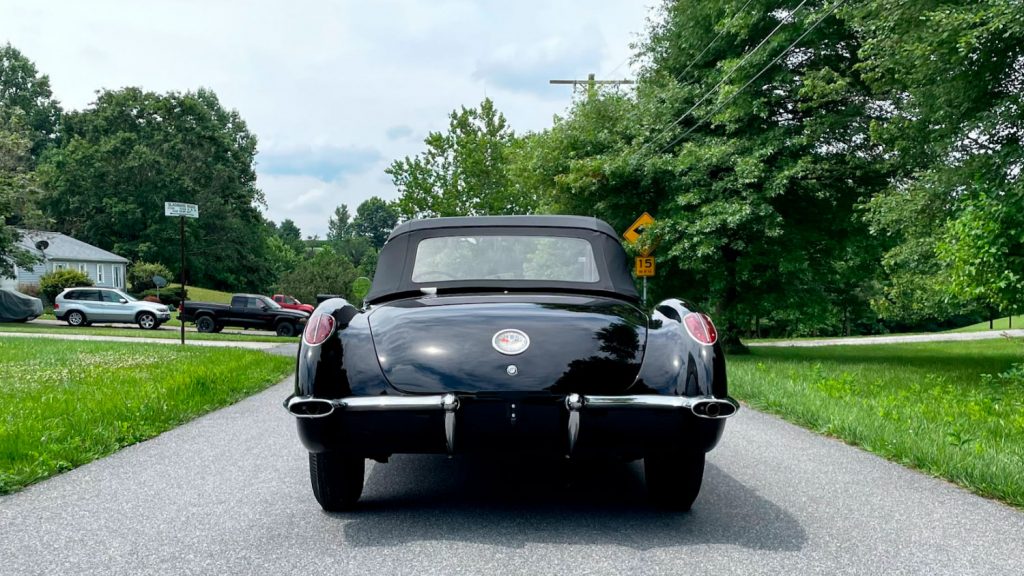 Our feature 1960 Chevy Corvette was set up with competition in mind. In addition to being one of those rare copies equipped with RPO 687, it jettisoned all excess weight on the order sheet. It is a heater and radio delete car. With the radio gone, the standard ignition shielding was eliminated. It has the wider wheel option with correct dog dish hubcaps, as well as the top-of-the-line 290-horsepower fuel-injected engine and four-speed manual transmission, both original to the car. Finished in shiny Tuxedo Black, the Corvette has a black soft top and black interior. The glass carries the correct dates, and the headlights are the correct T3s. The Corvette is sold with its original spare and jack intact. 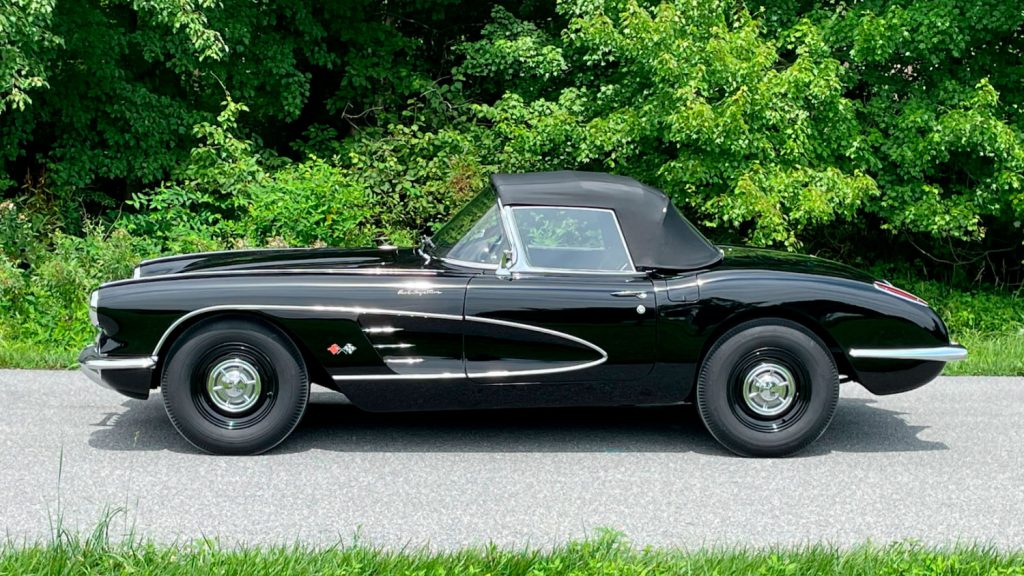 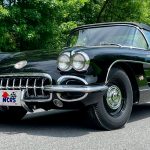 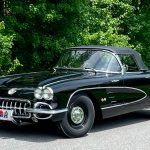 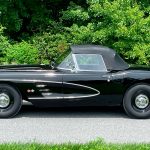 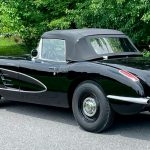 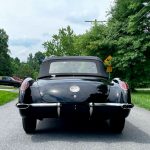 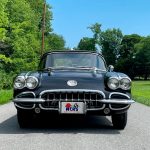 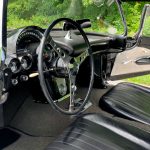 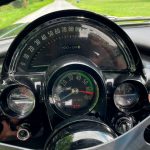 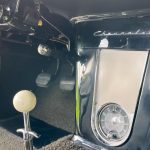 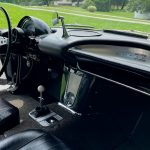