The Chevy Suburban debuted for the 1935 model year. Originally known as the Chevy Carryall Suburban, it was the first station wagon built with an all-metal body. Since then, the Suburban name has been in continuous use, save for the World War II years 1943-1945, when it was built as a military transport truck. No other vehicle name can make that claim. 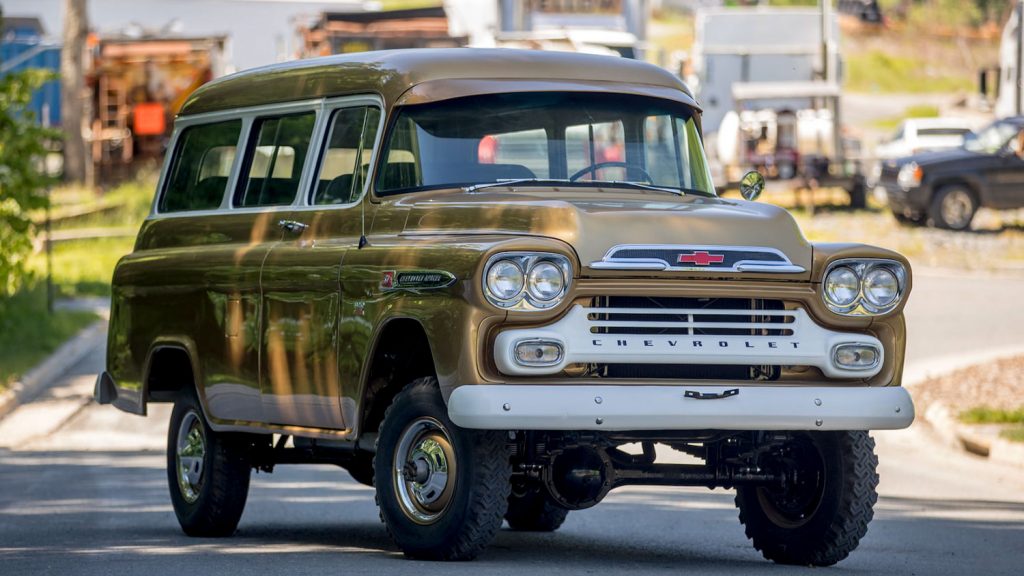 For the 1958 model year, all Chevy light-duty trucks, including the Chevy Suburban, were dubbed Apache, as part of the Task Force line. The redesign included a revamped front end with four headlights, a wider, shorter grille with integrated parking lights, available air conditioning, and pickups were available for the first time with Fleetside beds. For those who needed off-road or inclement weather capabilities, the Northwestern Auto Parts Company, or NAPCO, Powr-Pak four-wheel drive option could be ordered. 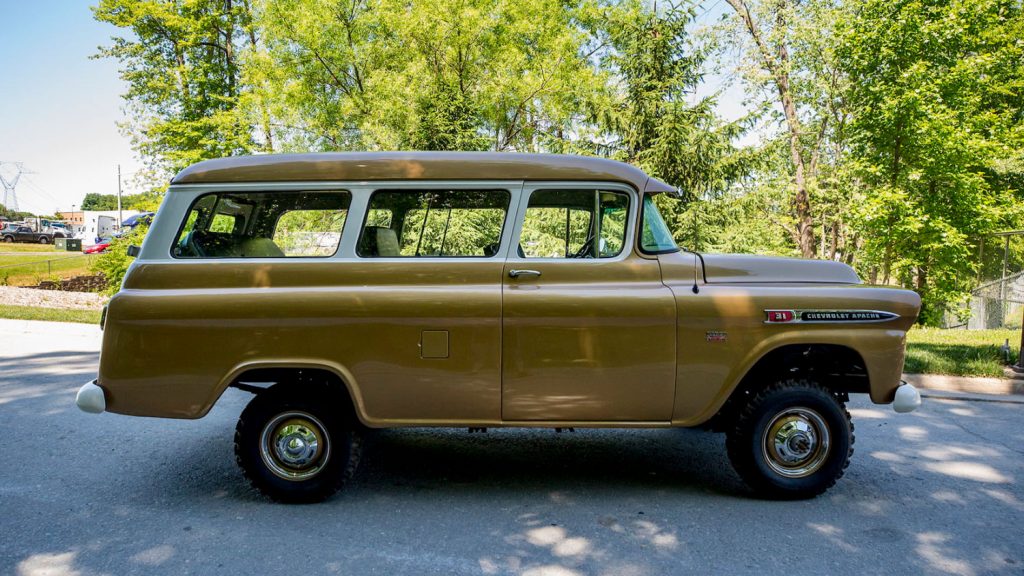 Our feature 1959 Chevy Suburban is finished in Frontier Beige and Snowcrest White. It has been the recipient of a full restoration, bringing the truck back to its former glory. The Suburban is powered by the Jobmaster 261 cubic-inch inline six cylinder, backed by a four-speed manual transmission. Power is pushed to all four wheels through the optional NAPCO Powr-Pak four-wheel drive. The ‘Burb is equipped with a Deluxe heater and an original-appearing radio with AM-FM and Bluetooth connectivity. 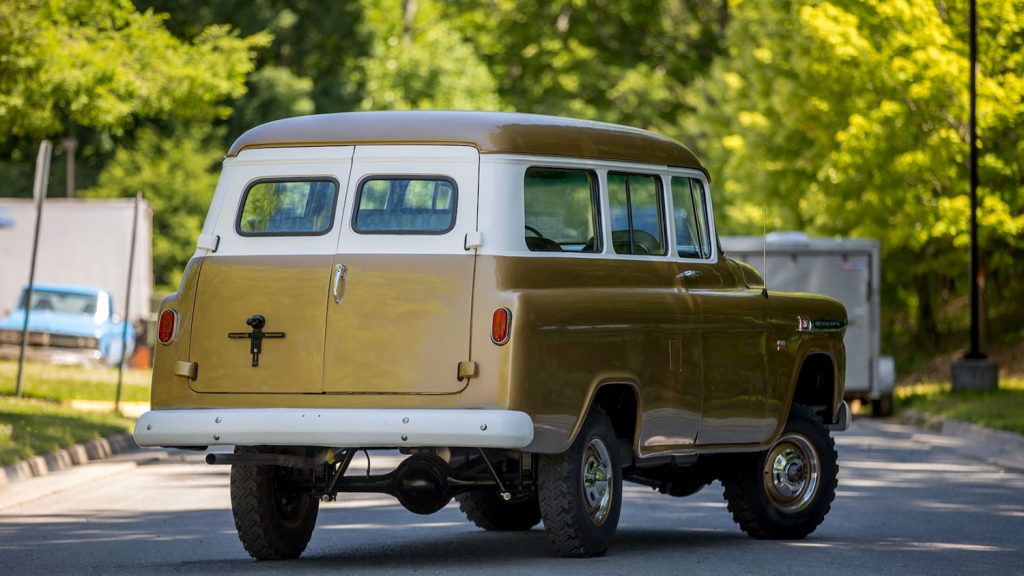 Prep for the Frontier Beige paintwork on the Chevy Suburban looks better than decent, as the large and fairly flat surfaces would reveal any glaring errors.  The section surrounding the greenhouse is finished in Snowcrest White. The bumpers and grille are painted white rather than chromed, which is in line with the truck’s utilitarian design. Painted steel wheels wear center caps and beauty rings, and are shod in blocky all-terrain tires. 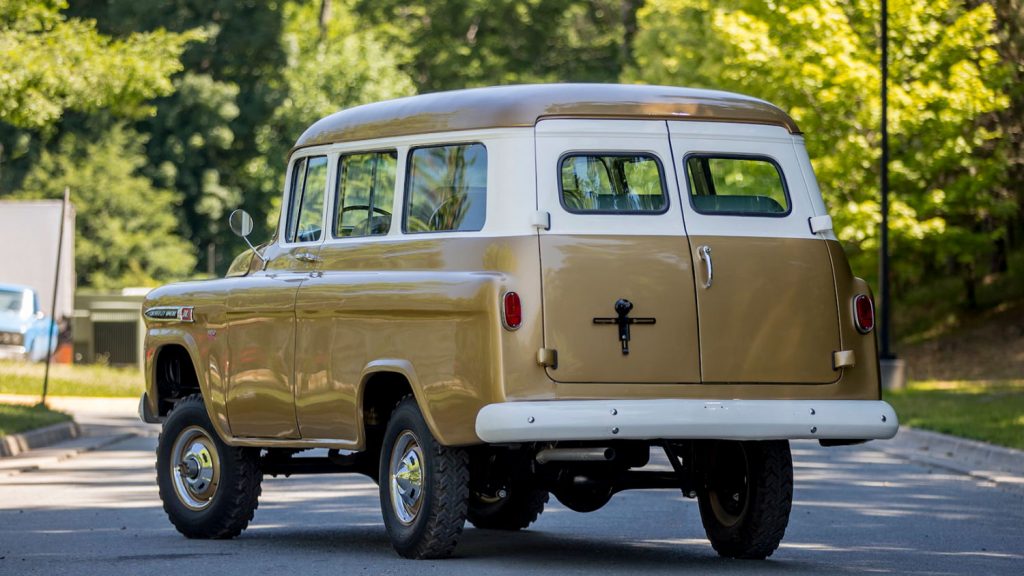 Inside, the Chevy Suburban is as spartan as the exterior, with three rows of seats covered in black and tan vinyl. The floors have a black rubber mat, perfect for a vehicle that may be used off-road as much as on. The large pie-shaped center cluster is home to the speedometer, odometer, gas, oil pressure, amp, and temp gauges. On top of the dash on the passenger side is the four-wheel-drive operation decal. 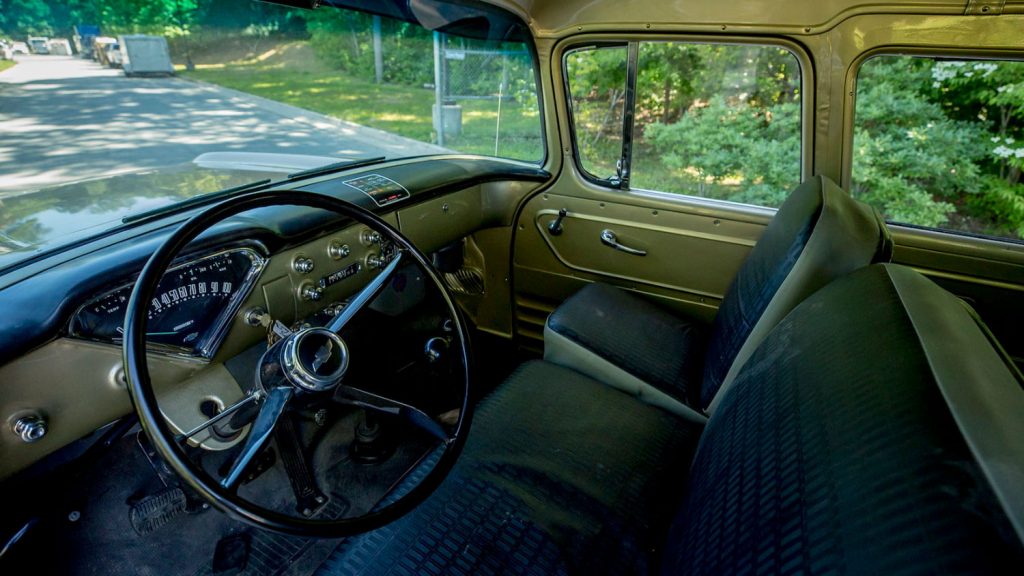 The spartan theme is consistent in the Chevy Suburban engine compartment, as there is plenty of room around the basic Jobmaster inline six. The inner fenders are a satin black, with Frontier Beige on the firewall. The carb is mounted aside the six cylinder on the driver’s side, and a modern batter rides in the tray on the firewall. 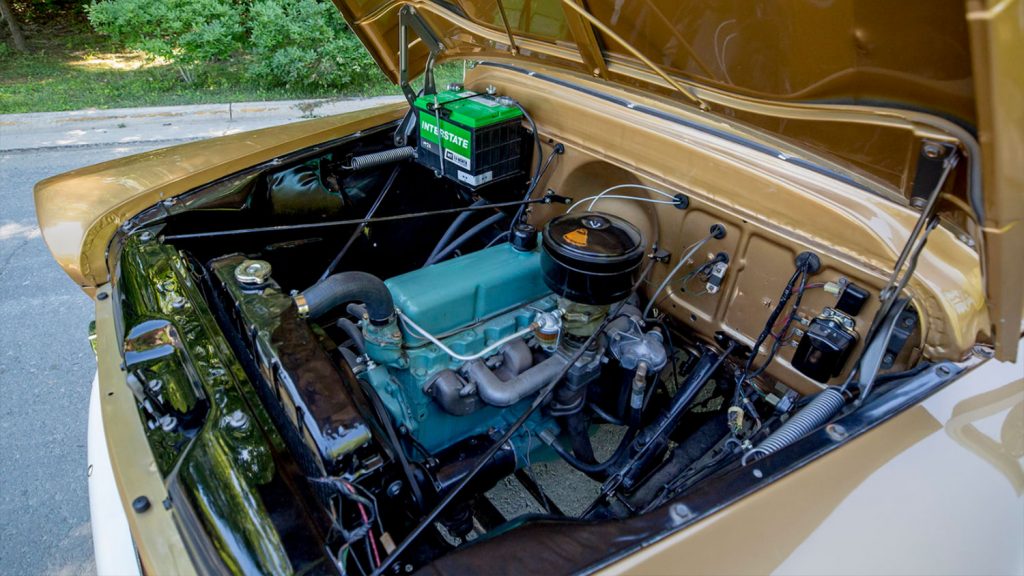 This rare, restored 1959 Chevy Suburban will cross the Mecum Auctions block at their Harrisburg, Pennsylvania sale taking place July 27th through the 30th. 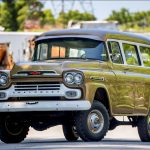 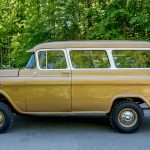 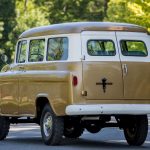 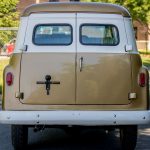 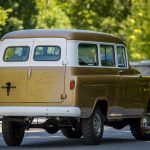 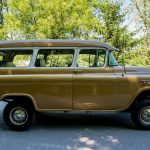 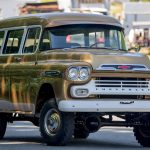 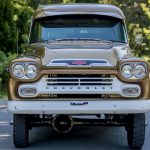 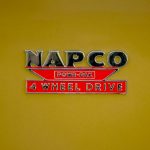 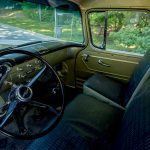 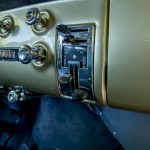 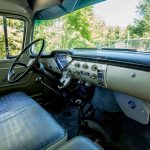 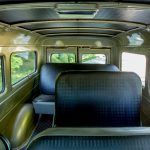 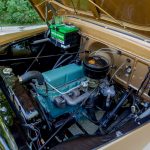 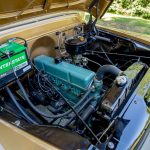