The Ford Mustang debuted in April of 1964 as a half-year model. The stunning success of the Mustang pushed General Motors to build the Chevy Camaro for 1967, and five months later, the Pontiac Firebird. The Pontiac Trans Am Performance and Appearance package bowed in March of 1969, appropriating its name from the Trans Am racing series. The first year of Trans Am production saw just 689 hardtops and eight convertibles built. 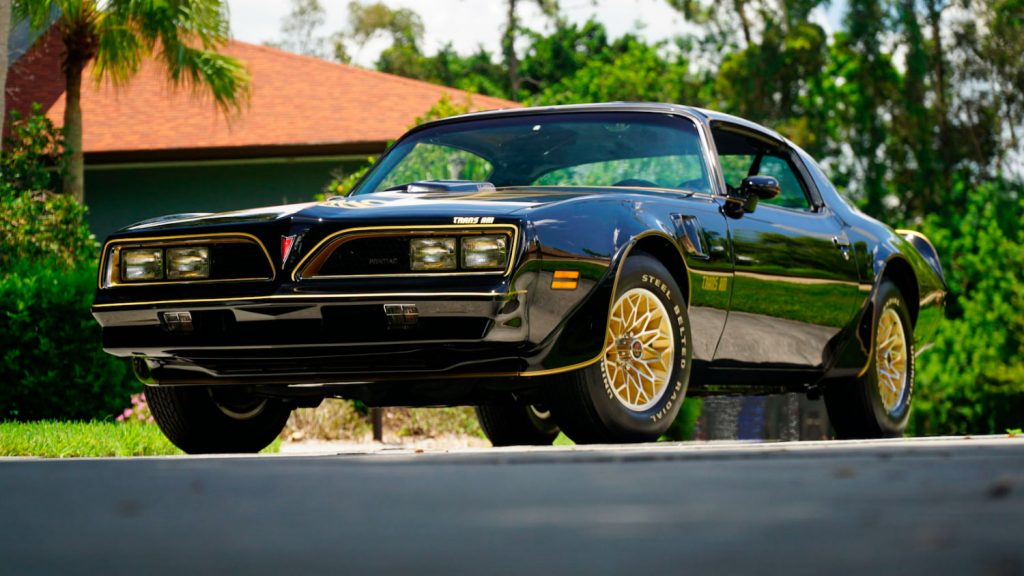 The Pontiac Trans Am quickly built itself a loyal following. When most other muscle and pony cars were succumbing to the waning horsepower of the Malaise Era, the Trans Am 455 Super Duty became the stuff of legend. By 1977, Trans Am sales were brisk, moving 68,745 units. Then came Smokey and the Bandit, the 1977 comedy/action film starring Burt Reynolds, Sally Field, Jerry Reid, Jackie Gleason, and the four-wheeled star of the show, a black 1977 Pontiac Trans Am with gold decals and “flaming chicken” on the hood. The following year, Pontiac sold 93,351 Trans Ams in 1978, and 117,078 in 1979, eclipsing Camaro sales for the first time. 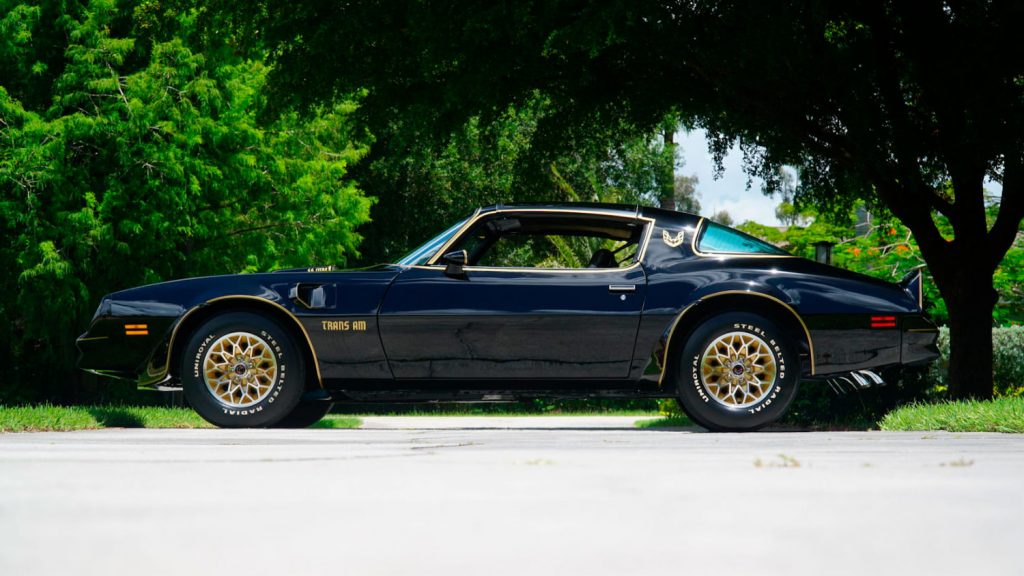 The black with gold accents color scheme on the Pontiac Trans Am was first unveiled at the 1976 Chicago Auto Show. Pontiac Trans Am Regular Production Option Y82 debuted as part of a celebration of Pontiac’s fiftieth anniversary. Starlight Black paint with a gold Firebird on the hood and gold Trans Am emblems throughout the car were supposed to be accompanied by Hurst-developed T-tops, but production issues resulted in only some of the cars being so equipped. 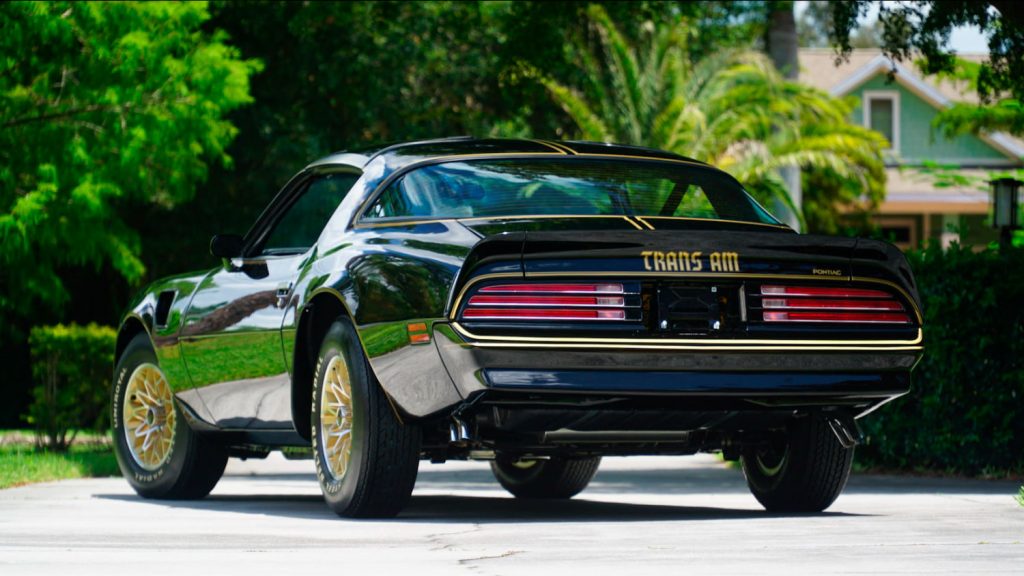 The Y82 option would carry on for the 1977 Pontiac Trans Am model year. The package included the same Starlight Black paint, black and gold decals, gold pinstripes, a gold-spoke Formula steering wheel, gold-tone honeycomb wheels, and a gold aluminum machine-turned dash. The new year brought a styling refresh. There were now two rectangular headlights per side and a revamped shaker scoop. 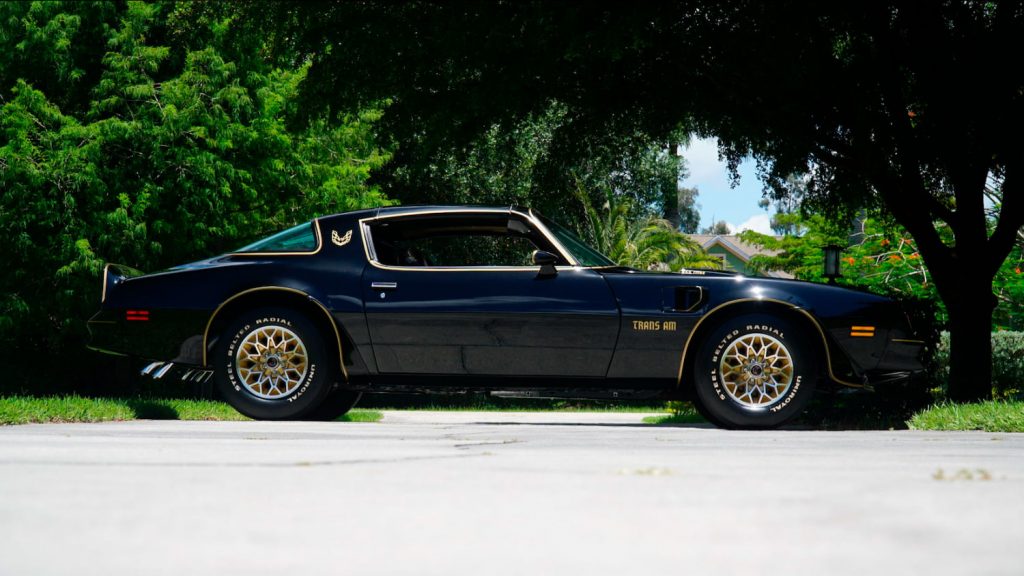 The 6.6-liter V8 was standard fare for the Pontiac Trans Am, but in three different guises. The L78 400 cubic-inch V8 carried on from the previous year, the optional Pontiac W72 400 cube engine could be had for an additional cost, and the Oldsmobile-sourced L80 403 cubic-inch V8 was also available. The L78 400 was rated at 180 horsepower. The Olds 403, rated at 185 horsepower, was used in California and states that had high altitudes, as it could pass emissions when equipped with an A.I.R. pump. The W72 engine was fed by an 800 cfm Rochester Quadrajet carb, and was rated at 200 horsepower at a low 3,600 rpm. For the L78 and the L80, the hood shaker was adorned with a “6.6 Litre” decal. The “T/A 6.6” moniker was only applied to W72-optioned cars. 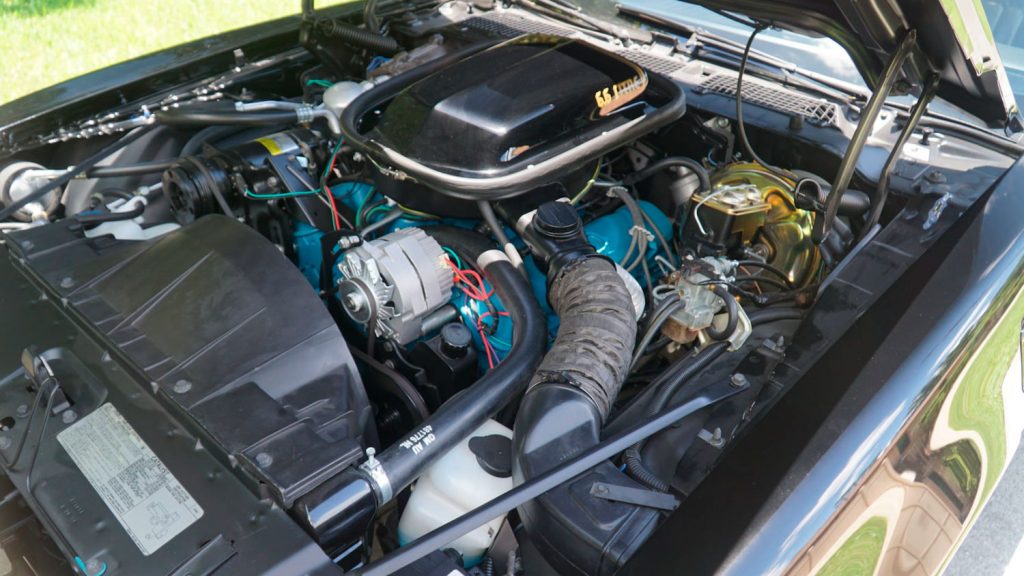 Our feature 1977 Pontiac Trans Am SE is an absolute time capsule, having covered just fourteen miles from new. It is a true Y82 Special Edition. It retains its numbers-matching 6.6-liter engine backed by a three-speed automatic transmission. All components are original to the car, and appear as if fresh from the showroom floor. The Trans Am is equipped with T-tops, air conditioning, Soft Ray tinted glass, Radial Tuned Suspension, rear defogger, cruise control, and Delco AM-FM radio. The door sills and pedals have been covered in protective tape. The engine bay and undercarriage are both well detailed. The gold honeycomb wheels wear the original Uniroyal tires. 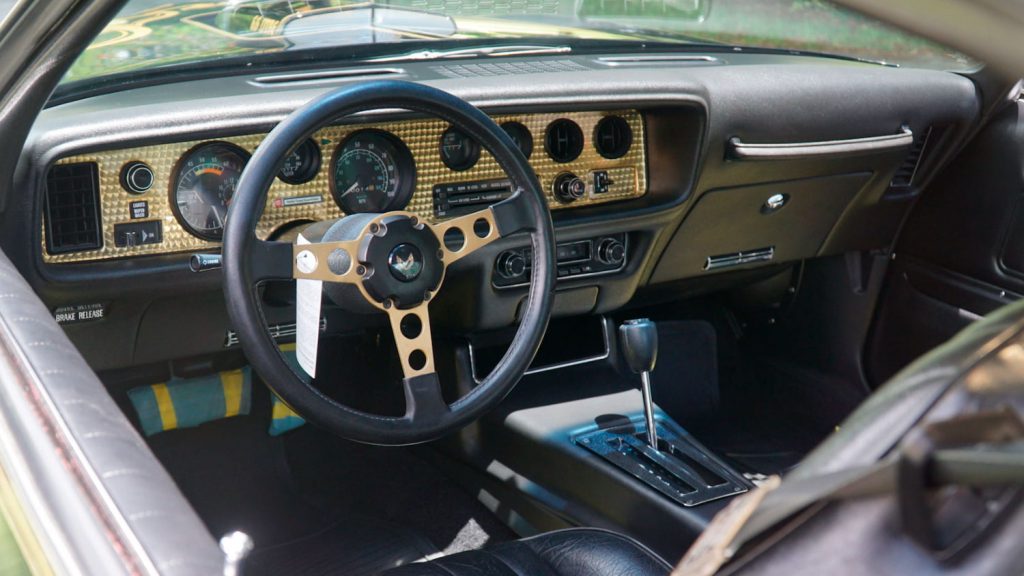 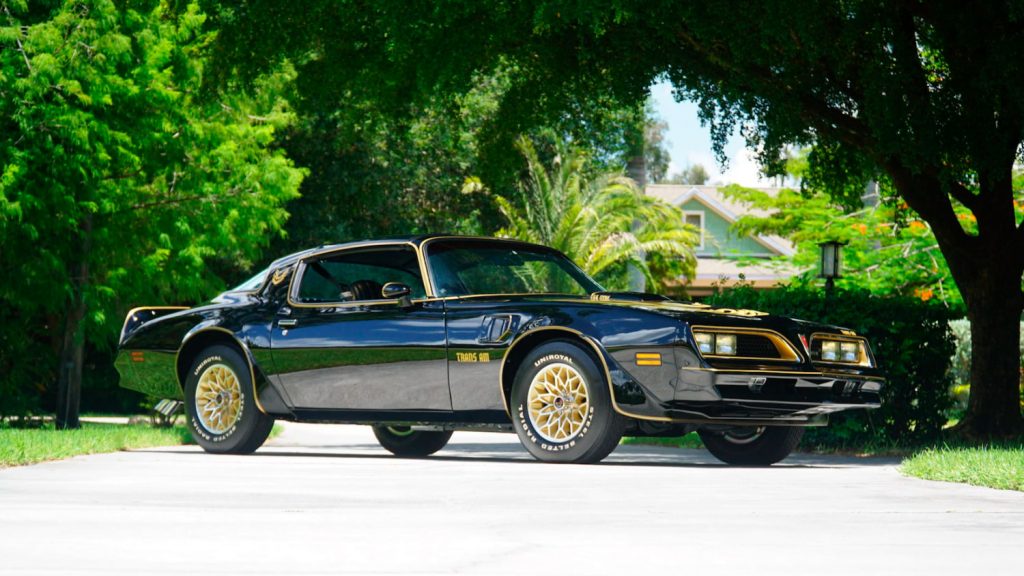 This like new 1977 Pontiac Trans Am will cross the Mecum Auctions block at their Harrisburg, Pennsylvania event taking place July 27th through the 30th. 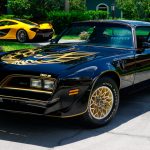 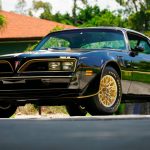 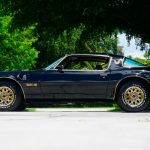 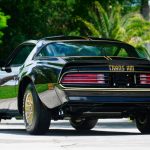 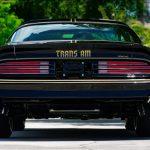 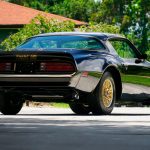 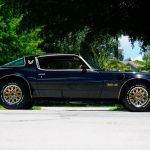 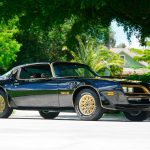 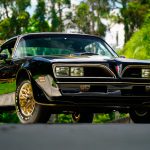 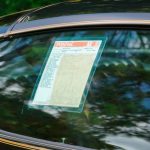 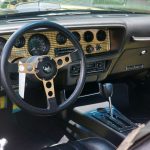 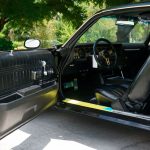 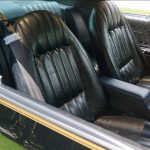 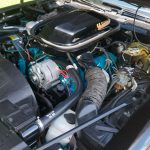 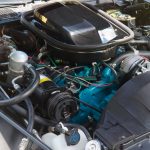