Scooby-Doo fans can camp out in the Mystery Machine with a new Chevy Astro van listing on Airbnb, hosted by Matthew Lillard.

For those who may be unaware, Lillard played Shaggy Rogers in the live-action Scooby-Doo film from 2002. Now, to celebrate the 20th anniversary of the movie, Lillard will host three stays in a Chevy Astro van outfitted to perfectly mimic the iconic Mystery Machine from the Scooby-Doo franchise. The offer is in partnership with Airbnb and Warner Bros. Consumer Products. 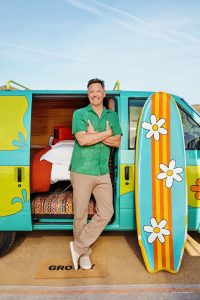 The stay includes all-you-can-eat snacks, plus games and mystery solving, as well as a rewatch of the 2002 movie with popcorn and candy. Dinner will also be provided, including a selection of Shaggy & Scooby’s favorites, like hot dogs and eggplant burgers.

“I’ve been channeling Shaggy since the live-action adaptation in 2002, and he’s been a part of me ever since,” Lillard said. “I can’t wait to welcome guests into the world of the Mystery Inc. gang as their Airbnb Host and give them a summer vacation they’ll never forget… monsters not included!”

There’s space for two in the Mystery Machine Chevy Astro van, which houses a large bed with floral pattern sheets and wood paneling along the walls and roof. Keeping it appropriately retro is a lava lamp and old timey TV, plus several other early aughts throwbacks, such as a Sugar Ray album on a portable CD player. 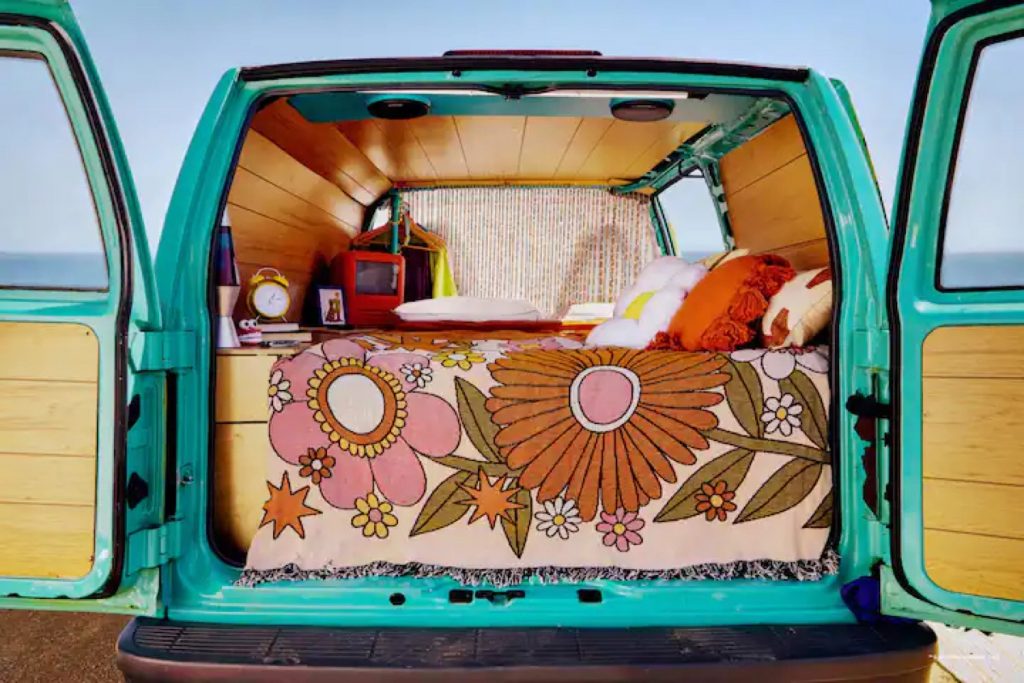 The stay also includes outdoor lounging and hammock space, plus a lovely view of the Pacific Ocean. Guests will receive a virtual greeting from Lillard upon arrival.

The Mystery Machine Chevy Astro will be parked on the Southern California coast. Three individual one-night stays will be offered between June 24th and June 26th. Requests to book a stay will open Thursday, June 16th. Pricing is set at just $20 per night, per the 20th anniversary theme.