A wicked 1969 Chevelle with a 525-horsepower LS under the hood was recently featured on AutotopiaLA – but that’s not our favorite part about this build. This head-turning red Chevy was built by a father-son duo in their garage, with the muscle-car obsessed 21-year-old now the proud owner and driver of this 1970s icon.

The proprietor of this car, Nick, bought it as a rolling chassis with a seized 307 cubic-inch V8. After acquiring the primered shell, he ripped out the 307 and replaced it with a 6.2L LS3 V8 crate engine from Chevrolet Performance, which now has an aftermarket cam and produces roughly 525 horsepower and 500 pound-feet of torque. The crate motor is paired with the tried-and-true four-speed manual transmission, as well. 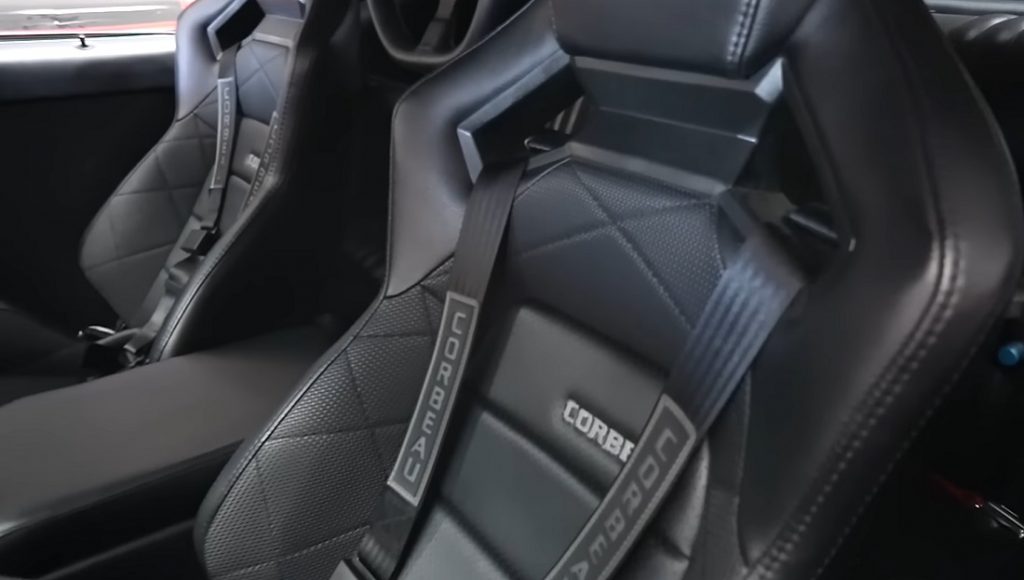 Inside, this unique Chevelle boasts a motorsports-inspired theme with basic aluminum door panels, a rear roll bar, bolstered Corbeau race seats with harnesses, a Hurst-style shifter with a black cueball knob and a quick-release Sparco steering wheel. It’s not very luxurious, but Nick’s a limber 21-year-old, so we’re sure he’s just fine with the race car levels of comfort. As he puts it, “who’s 21 years old and doesn’t want a race car?” Nick is also learning more about how to drive his 525-horsepower muscle car quickly, having recently competed in a couple of autocross events with it.

Check out this video embedded below to learn more about this unique father-son-built 1969 Chevelle.