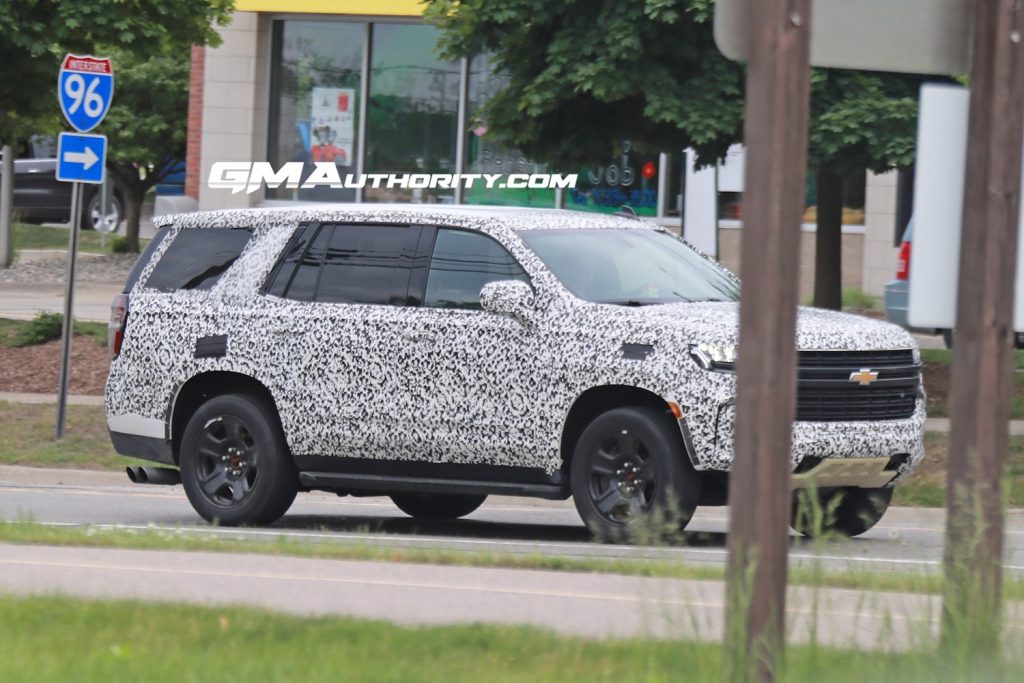 Let’s start by digging into some of the noteworthy features of this particular Chevy Tahoe prototype. The first thing we notice is the front fascia, which bears the same high-clearance bumper and skid plate as the Z71 trim level. In the corners, this prototype is also running the simple black steel wheels equipped by the Chevy Tahoe PPV (Police Pursuit Vehicle). Notably, the Police Pursuit Vehicle package also includes that Z71 front fascia. 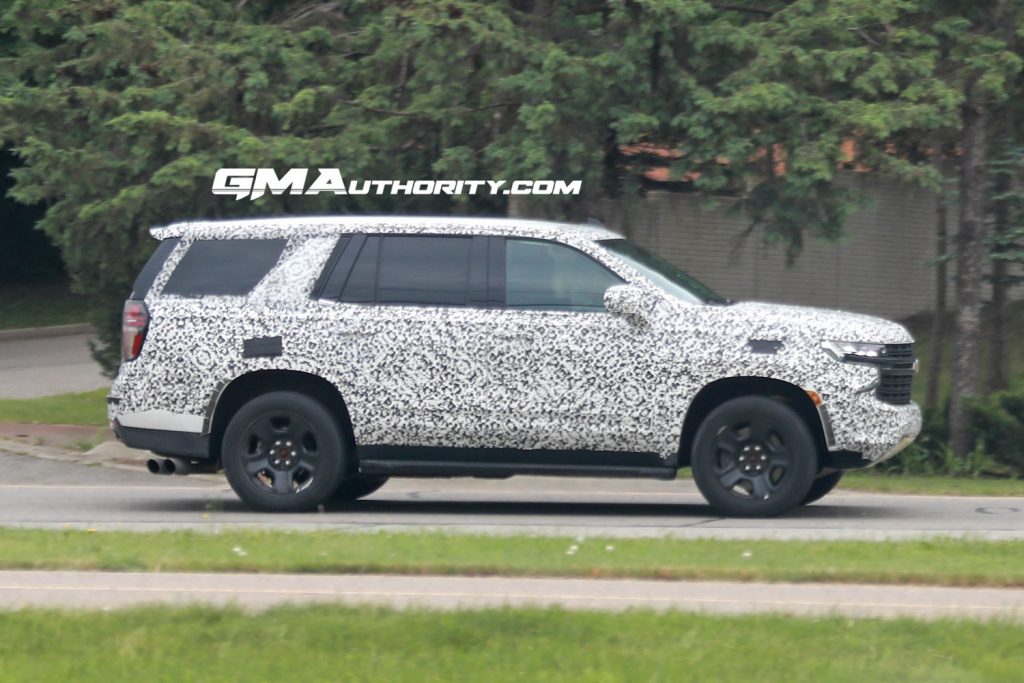 The whole thing is draped in black-and-white camouflage, while in the rear, we see a dual-tip exhaust treatment routed behind the passenger-side rear wheel. This latter bit is a little peculiar, as the the Chevy Tahoe and Chevy Suburban typically route the exhaust either under the rear bumper, or directly behind the rear bumper.

A few other notable details include a system shut-off switch mounted inside the cabin, which suggests that this is not just a simple prototype, but rather something a bit more involved. Finally, this particular prototype was loud, which may be a result of an improperly configured exhaust treatment. 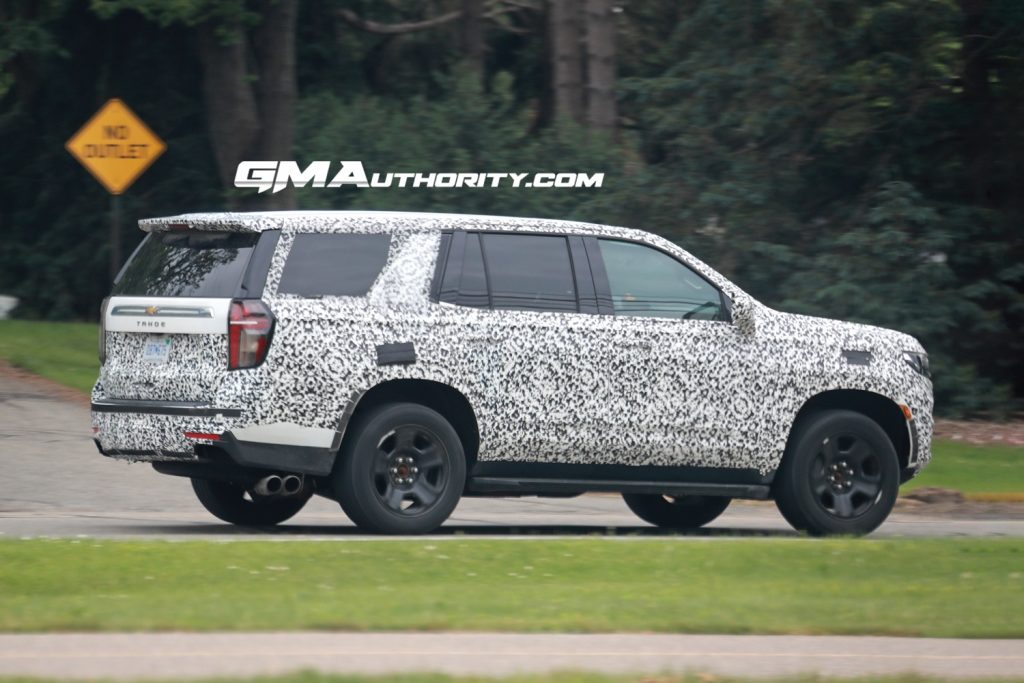 Either way, seeing this Chevy Tahoe prototype back on the road and testing again a year after we initially saw it in 2021 simply raises more questions. The prototype’s reappearance a year later suggest continuing development activity, but at this point, it is unclear exactly what this prototype is being tested for.

If this were indeed some sort of high-performance Chevy Tahoe SS model, we would expect it to be equipped the supercharged 6.2L V8 LT4 gasoline engine, similar to the new 2023 Cadillac Escalade-V. But again, it remains unclear at this point as to what this prototype truly is.