Purpose-built specifically for the new C8 Corvette Z06, the 5.5L V8 LT6 engine returns the Z06 nameplate to its naturally aspirated roots, providing the atmospheric response and feel desired for the next-gen sports car. However, given the C8 Corvette Z06 still needs to outperform the supercharged V8 found in the previous C7-generation Z06, and as such, GM’s engineers were tasked with figuring how to make more power without forced induction. The answer – a sky-high redline.

Helping the LT6 rev higher is a flat-plane crankshaft, which has very low inertia, allowing to more freely climb in the rpms.

“You’re able to reduce the size of the counterweights compared to a cross-plane, and everything being lighter, it just spins faster,” says Corvette Design System Engineer Yoon Lee. 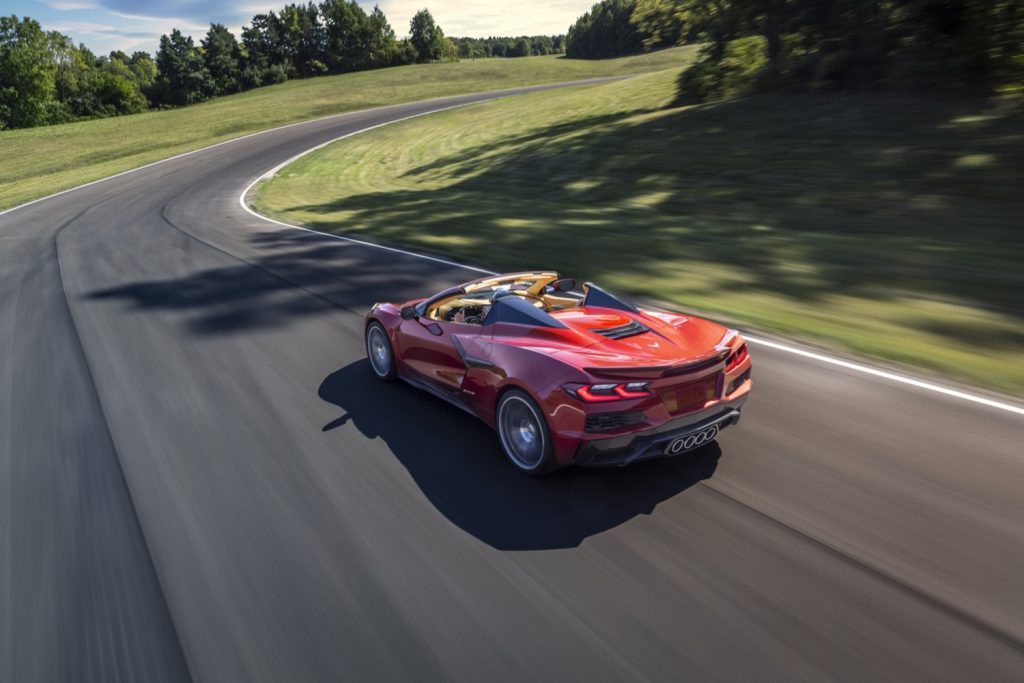 To test the technology in the new Corvette Z06’s LT6 engine, GM installed the powerplant in the C8.R race car, and the results speak for themselves, with championship wins in 2020 and 2021.

Additionally, the flat-plane crank afforded the GM engineers some interesting tuning opportunities for the intake and exhaust. For example, there are three tuning valves inside the intake manifold that allow for the adjustment of the internal volume within the manifold, allowing for the maximum power output across the engine rpm range.

“It basically seems like it never wants to stop pulling,” Lee says. “It just pulls and pulls. You don’t feel the power really tapering off.”