With the heady days of 1960s big muscle performance behind them, the power-loving muscle car faithful stared down the barrel of 1970 with the knowledge that the horsepower party was drawing to an end. New federal emissions standards and insurance companies unwilling to cover cars with huge horsepower ratings sounded the death knell for high performance. Buick had a final ace up its sleeve in the form of the Buick GS Stage I. 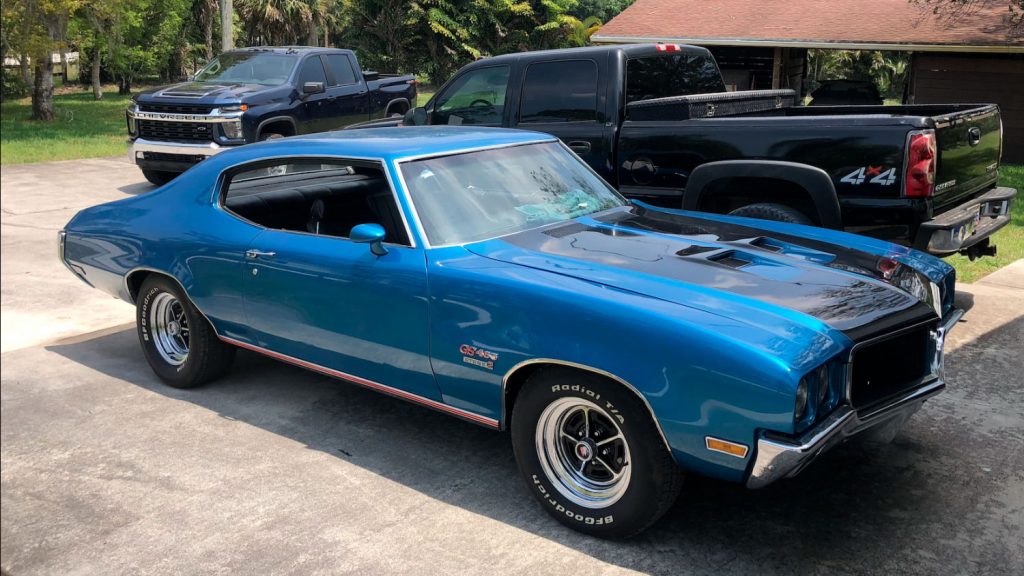 For the 1970 model year, General Motors rescinded its previous internal edict that restricted displacement in mid-sized passenger cars to 400 cubic inches. Buick responded by stuffing its 455 cube Big Block into the Skylark-based Buick GS. The Buick GS cranked out 350 horsepower. The Stage I package was rated at 360 horsepower (rumor had 420 was closer to the truth) and a staggering 510 pound feet of torque. The 1970 Buick GS Stage I would smoke through the quarter mile in 13.38 seconds at 105.5 miles per hour, according to Motor Trend magazine, and that was on bias-ply tires. 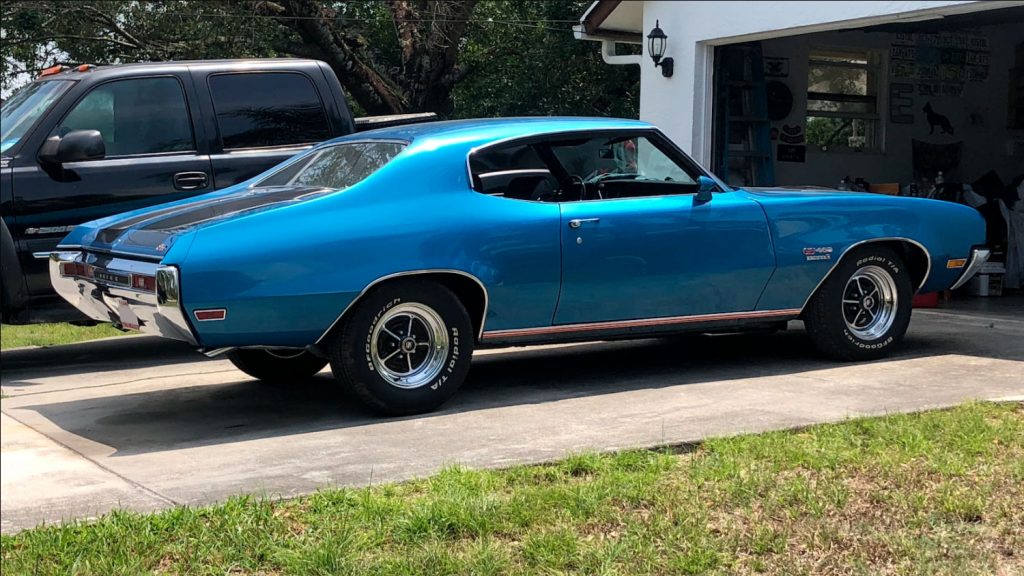 Our feature 1970 Buick GS Stage I has been the subject of a restoration, with parts and labor totaling approximately $50,000. The GS has been refinished to a high standard in Stratomist Blue with black painted stripes. The paint looks to be a high-quality respray. Chrome bumpers and trim are brilliant, with no signs of pitting or patina observed. Stainless trim is well polished. The glass is free from nicks or scratches, and the weatherstrip appears pliable. The chrome five-spoke Buick Rallye wheels present well, shod in raised white-letter BFGoodrich radials. Custom made “463” and “Stage 2” emblems adorn both front fenders. 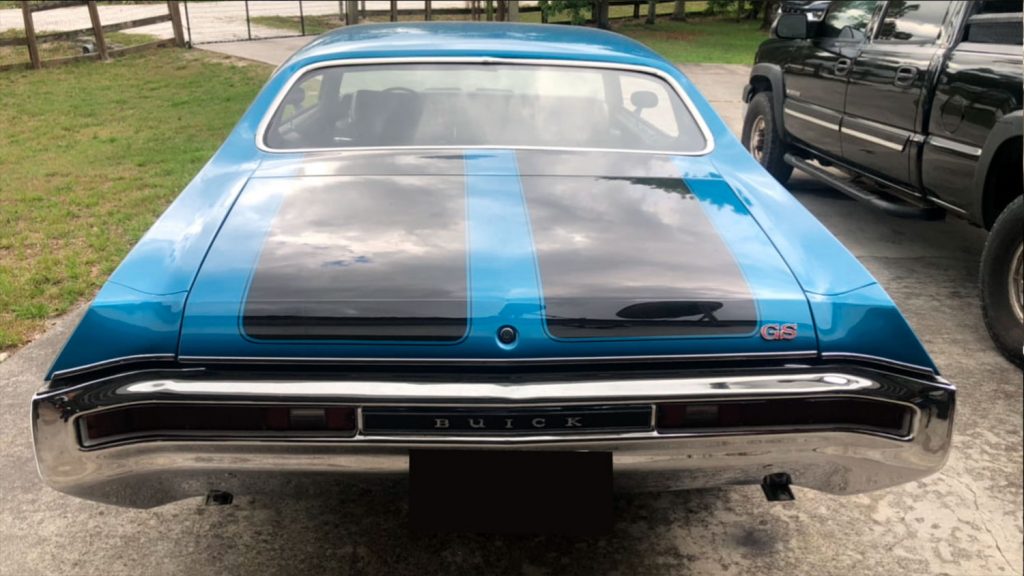 Inside, the Buick GS Stage I wears a black vinyl interior with bucket seats, a center console that is home to a horseshoe shifter, air conditioning, power steering, power brakes, and tilt steering column. The odometer is believed to show true mileage, with just 56,456 miles ticks on the clock. Seat bolsters show no undue wear, carpets are colorfast, and the dash is free from cracks. 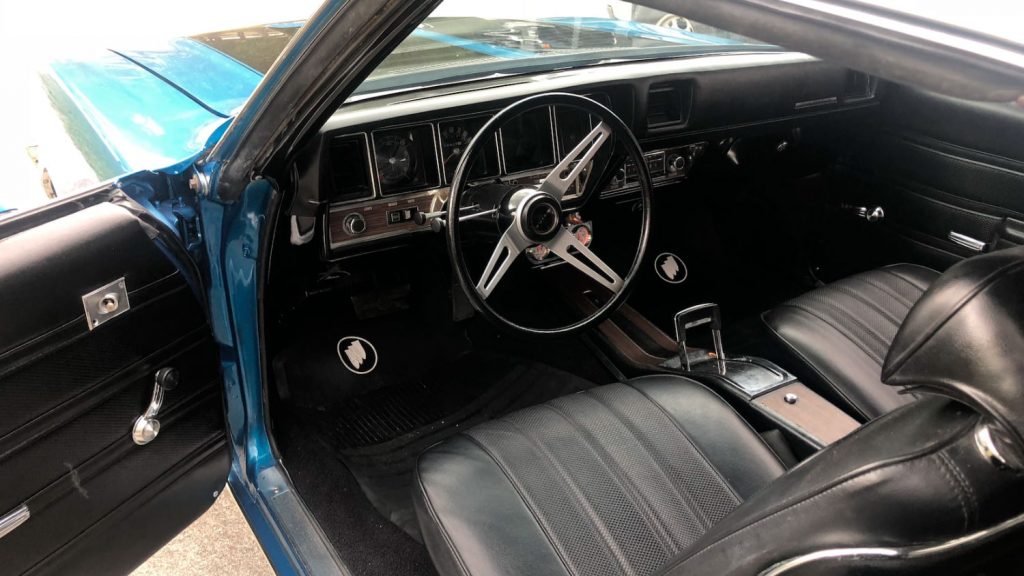 The 455 cubic-inch V8 housed in the engine bay of the Buick GS Stage I has been bored slightly, and now displaces 463 cubes. It is one of 1,785 built with the three-speed Hydramatic automatic transmission. The GS has been restored with upgraded performance parts, including aluminum Stage 2 heads, high performance fuel pump, headers, and high performance cam. All the original parts have been retained and are included in the sale. 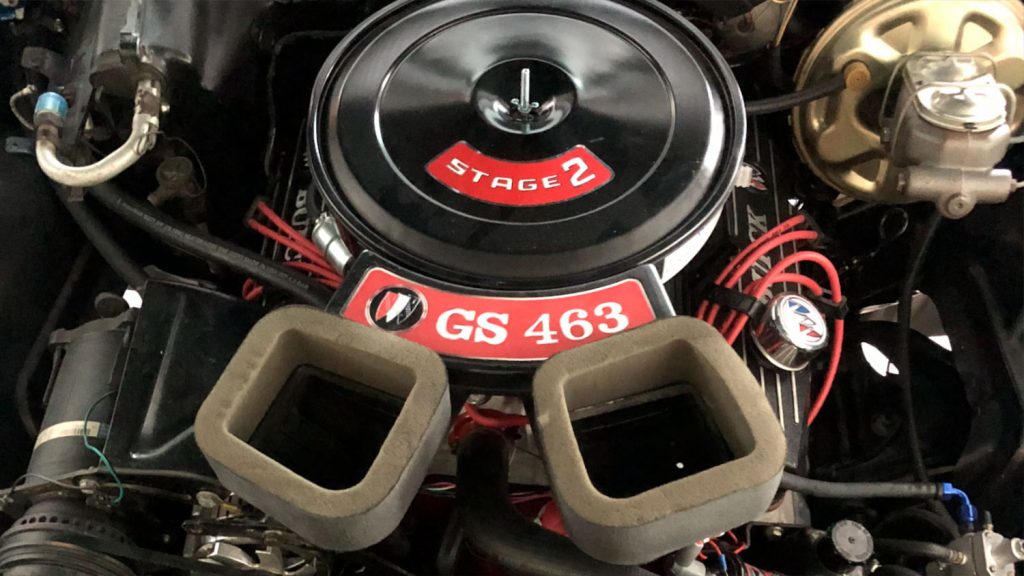 This 1970 Buick GS Stage I hardtop will cross the Mecum Auctions block at their Orlando, Florida sale taking place July 6th through the 9th. 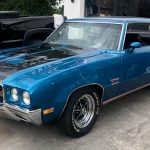 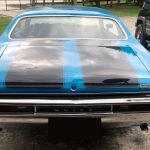 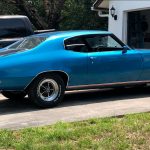 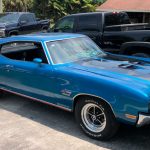 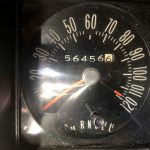 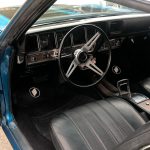 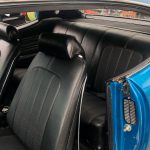 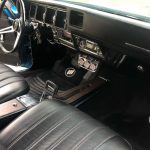 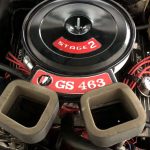