Since its official debut in November 2018, the Chevy Monza sedan has racked up strong sales and become Chevrolet’s most popular model in China – the only country where the nameplate is sold. After three years on the market, the refreshed 2023 Chevy Monza has just leaked. As is often the case in the Asian country, Chinese authorities leaked the first images of the refreshed 2023 Chevy Monza before the official unveiling by the SAIC-GM, General Motors’ main joint venture in China. Chevrolet‘s compact sedan, sold as the Chevy Cavalier Turbo in Mexico, will receive its first update with a new front-end design and other minor changes to keep it fresh. The leaked images show some angles of the refreshed 2023 Chevy Monza’s exterior design. As this is a mid-cycle update, the vehicle maintains the exact same proportions and most of the current model’s bodywork. The most noticeable change is the new front end with restyled headlamps and the brand’s newer grille design, with a trapezoidal lower opening and a horizontal bar boasting boomerang-shaped ends like on the upcoming Chevy Seeker. The car’s profile is identical to that of the current model, and the rear receives only minor tweaks with new lower bumper trim. Three new wheel designs will be available, depending on trim level. The leak doesn’t include pictures of the interior, but the refreshed 2023 Chevy Monza is expected to receive some dashboard updates and Chevrolet’s latest infotainment system. 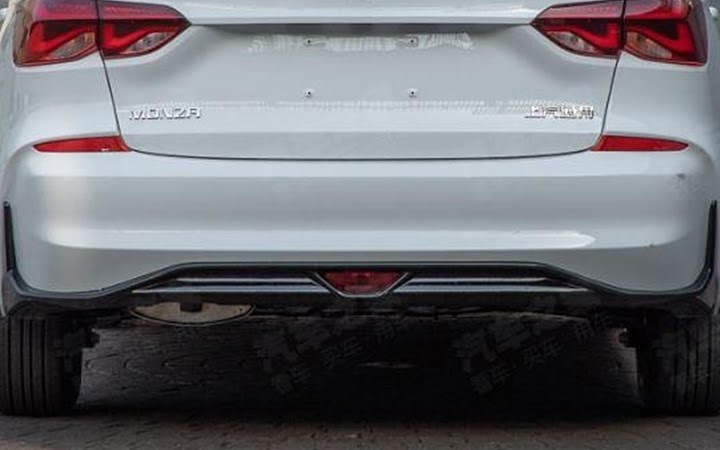 No changes are expected under the hood. In base trim, the refreshed 2023 Chevy Monza keeps the 107-horsepower 1.5L engine matched to a six-speed manual transmission. Better-equipped variants are expected to include the current turbocharged 1.3L I3 engine that delivers 161 horsepower and 170 pound-feet of torque, paired to an automatic transmission. 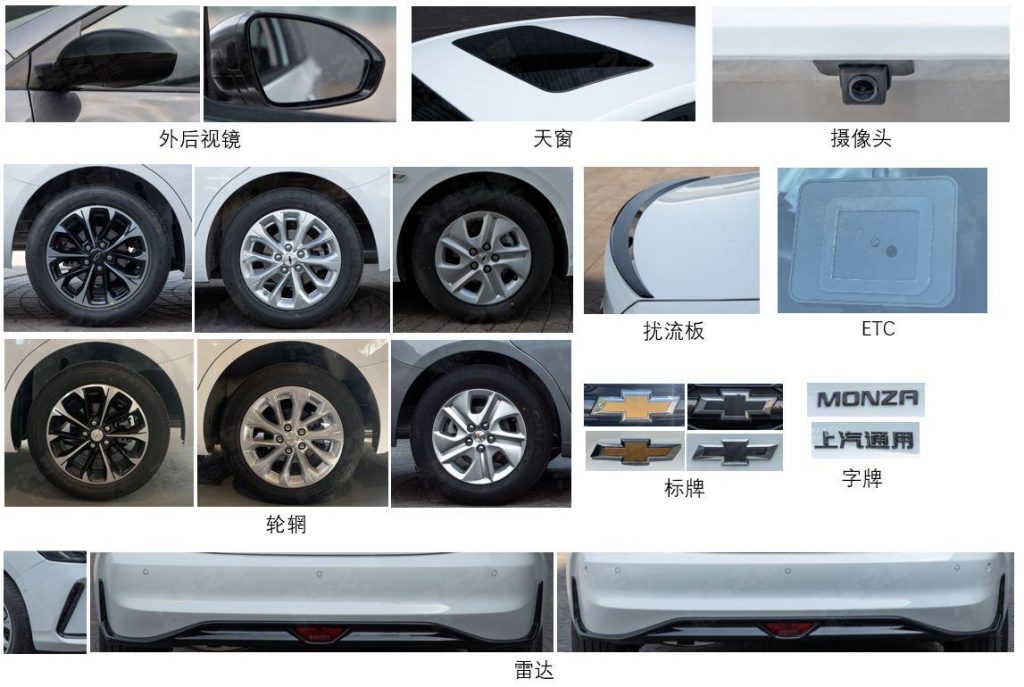 The refreshed 2023 Chevy Monza will be officially unveiled in the second half of 2022 and will go on sale later in the year in China, the only country where this Chevrolet compact car is currently built and sold. The vehicle will continue to play a key role in the sedan segment that remains popular in the Asian country, meeting customer preferences with a streamlined base trim and the more aggressive-looking RS.

Subscribe to GM Authority as we bring you the latest Chevy Monza news, Chevrolet news, and ongoing GM news coverage.