1969 marked the third and final model year for the Chevy Camaro. Thanks to a longer than usual production cycle running from September 1968 to February 1970, the 1969 model year saw the most copies built for the first generation run, with 243,085 Camaros leaving the factory. 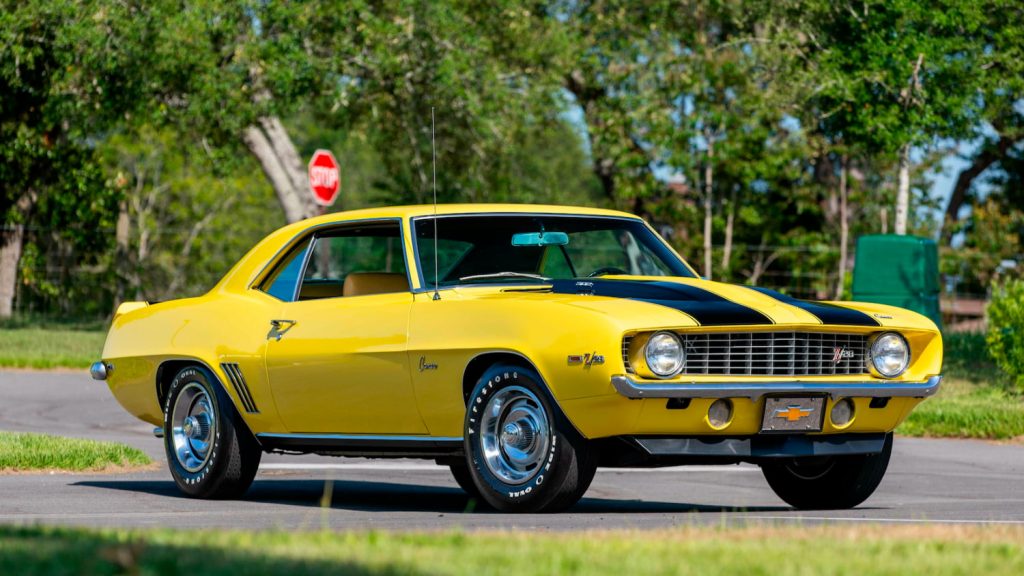 The ’69 Chevy Camaro had a number of aesthetic design changes, with front and rear fenders, rear quarters and panel, doors, header, and valance all restyled. Wheel wells were made to look more aggressive by being somewhat flattened. The grille was new, with sharper angles. The interior was also revamped, with main instrument pods given a more squared look. Console instruments were much as the previous year. Regular Production Option JL8 Four Wheel Disc Brakes were available on all trim levels. 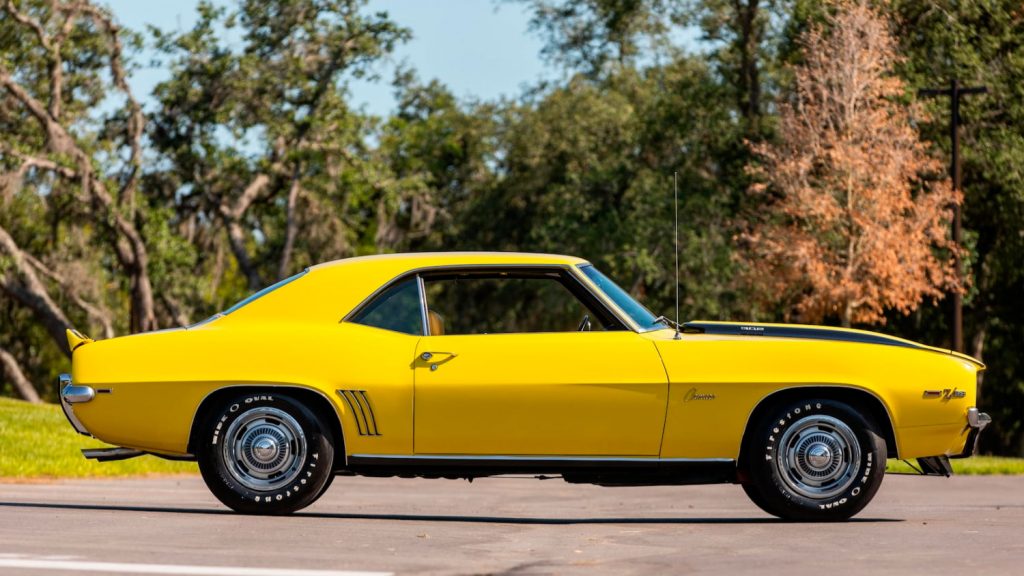 For the performance-minded Chevy Camaro owner, RPO Z28 would get you the high-revving DZ 302 cube Small Block, dual exhausts, heavy-duty radiator with a temp-controlled fan, front disc or four-wheel disc brakes, a four-speed manual transmission, special front and rear suspension, quick steering, 15×7-inch wheels, raised white-letter tires, rear bumper guards, and emblems on the grille, fender, and rear panel. Air conditioning and automatic transmission were not available on Z/28s. The package had some content changes during the production year. 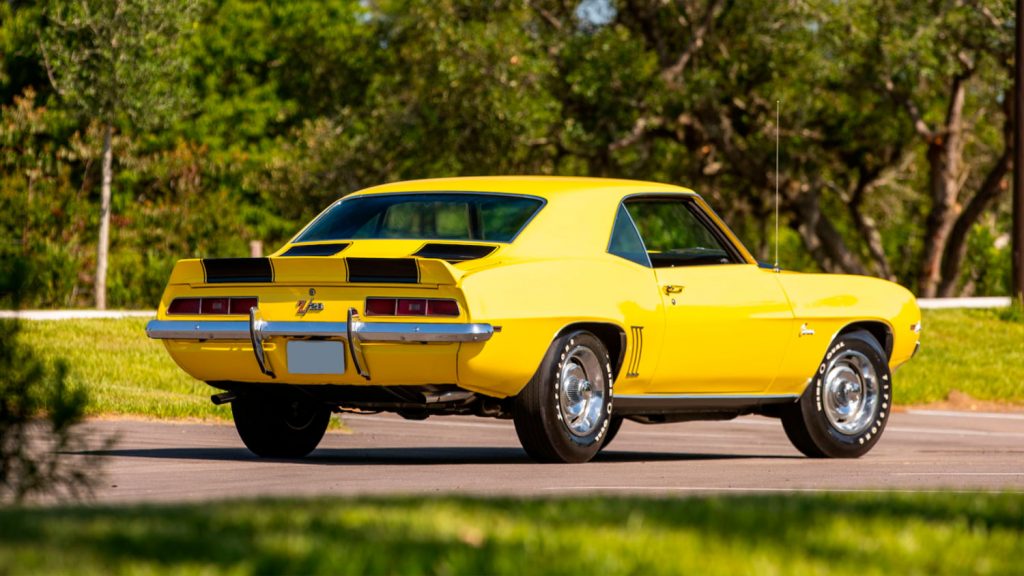 Our feature 1969 Chevy Camaro Z/28 is a rare Daytona Yellow over Yellow Houndstooth Deluxe interior. The combo is so rare I’ve never seen another one, and had to look it up to make sure it was, in fact, a factory offering (It does look a little like Big Bird’s Z/28). The Camaro has had a thorough restoration, with only 950 miles since completion. The paint job is fresh this year in the correct Daytona Yellow with black stripes over the ZL2 cowl induction hood and the rear deck with its D80 spoiler. The chrome and stainless both sparkle in the sunlight. Painted steel Rally wheels are trimmed with polished beauty rings and center caps, and wrapped with raised white-letter Firestone Wide Oval Polyglas tires. All the proper badges and emblems are present, as is the tinted dated glass and correct T-3 headlights. She looks and sits right. 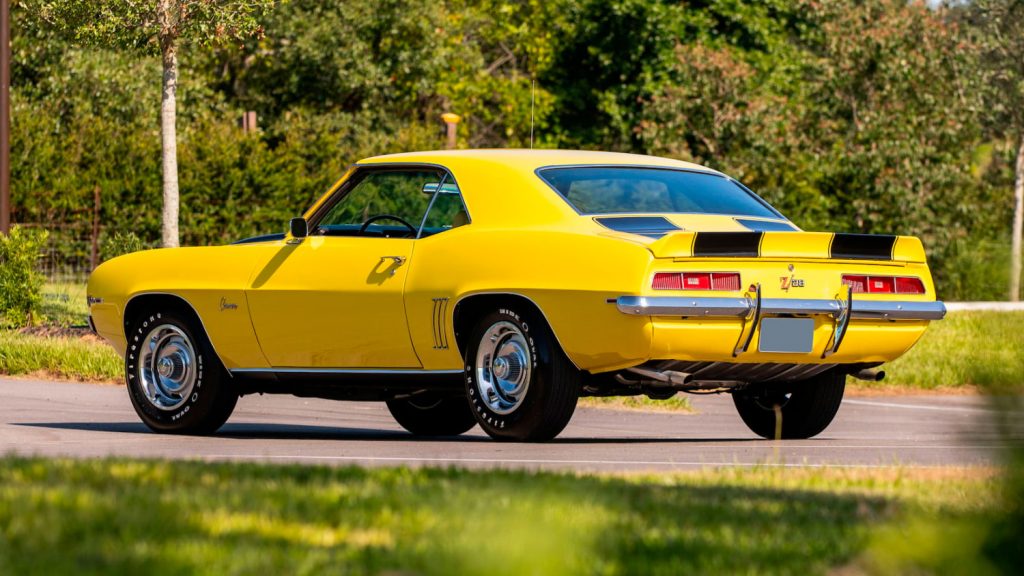 Inside the Chevy Camaro Z/28 is the retina-searing Yellow Houndstooth Deluxe interior, color code 714. You won’t need a morning coffee with this one, as this startling interior will wake you up faster than mainlining cappuccino. The Deluxe part of the interior includes woodgrain trim on the dash, glove box, console, and steering wheel. The center console is home to a full complement of gauges and a chrome Hurst shifter. Black carpets provide proper contrast to the yellow, and show no wear. The Z/28 is equipped with power brakes, an AM radio, and stainless pedal dress. 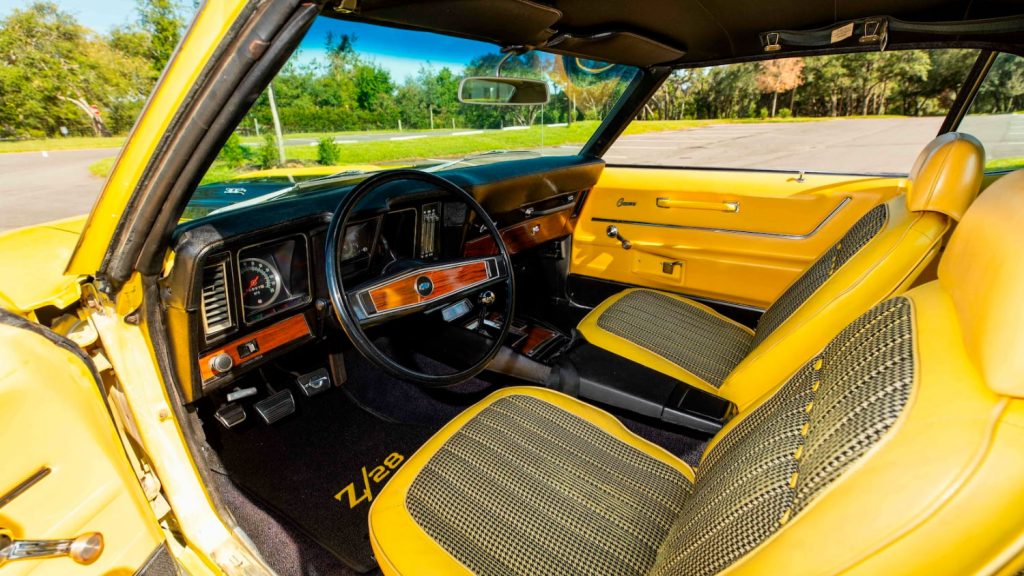 The Chevy Camaro Z/28’s engine compartment has been well detailed. The DZ 302 Small Block is fed by the original Holley carb and intake, with breathing assisted by the previously mentioned ZL2 cowl induction hood. The 302 moves spent gasses through a chambered exhaust. Power is sent to the wheels via a Muncie M21 close ratio four-speed transmission and a twelve-bolt 3.73 rear differential. 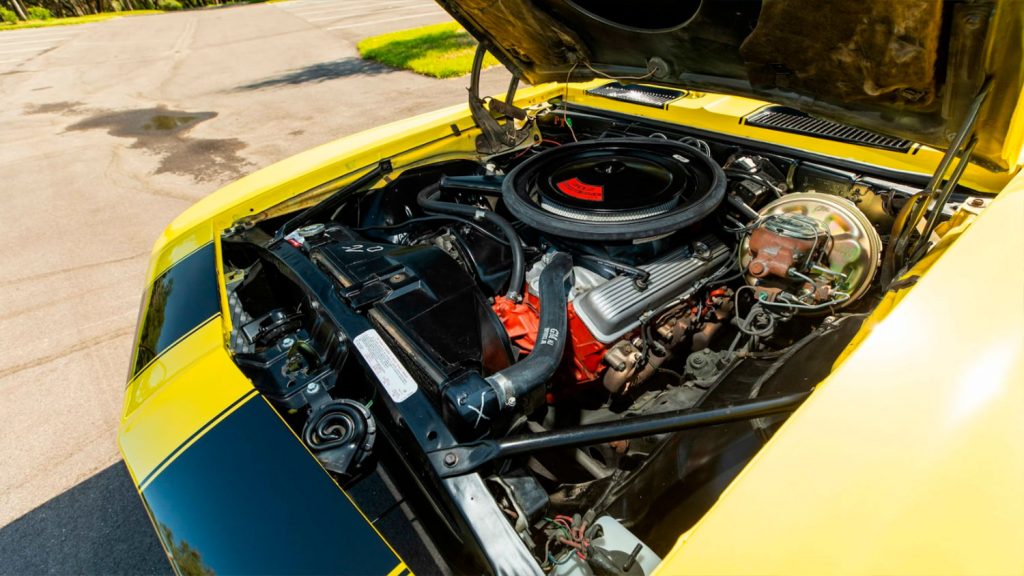 All the restoration receipts are included in the sale of this rare, restored Chevy Camaro Z/28. It will cross the Mecum Auctions block at their Orlando, Florida event taking place July 6th through the 9th. 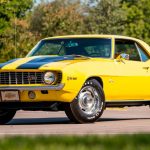 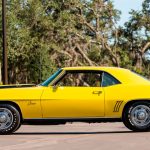 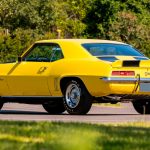 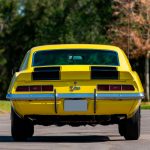 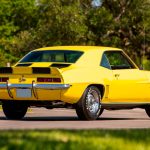 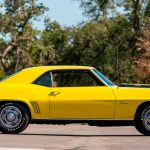 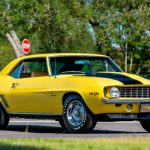 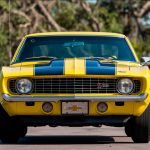 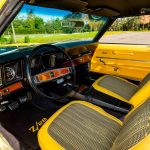 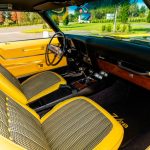 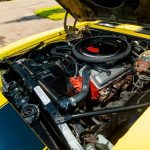 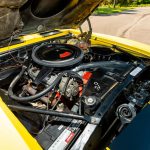