Daniel Suarez, the man behind the wheel of the No. 99 Nascar Chevy Camaro ZL1 owned by Pitbull, secured his first Cup Series win at Sonoma Raceway on Sunday.

Suarez, who hails from Mexico, wheeled his No. 99 Camaro away from the second-place No. 17 Ford Mustang driven by Chris Buescher, running away with a 3.849-second lead on his way to the checkered flag. Suarez’s No. 99 Camaro led 47 of 110 laps around the 12-turn road course, and captured the win by one of the largest margins so far this season. 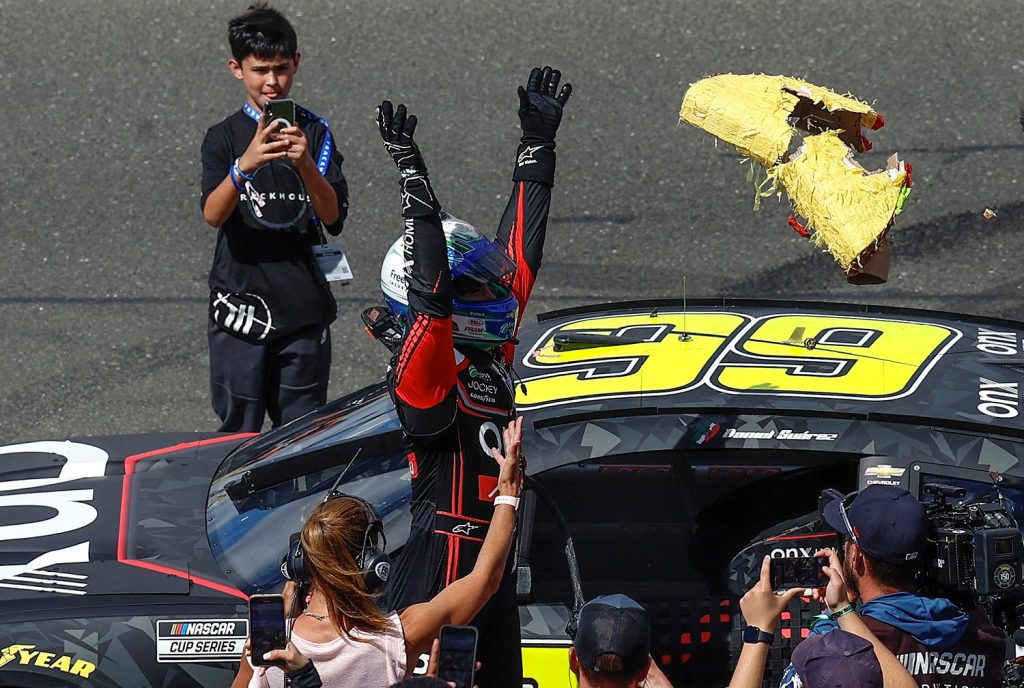 “So very happy we were able to make it work,” Suarez said after the race – and after smashing a celebratory piñata atop the No. 99 Camaro. “[My team] believed in me from day one.”

He also addressed his fan base, whom he calls “Amigos” in Spanish, and ended in English: “This is one of many!”

Suarez’s victory makes him the fifth driver not born in the U.S. to win a Cup Series race, following Marcos Ambrose from Australia, Juan Pablo Montoya from Columbia, Earl Ross from Canada and Mario Andretti from Italy. 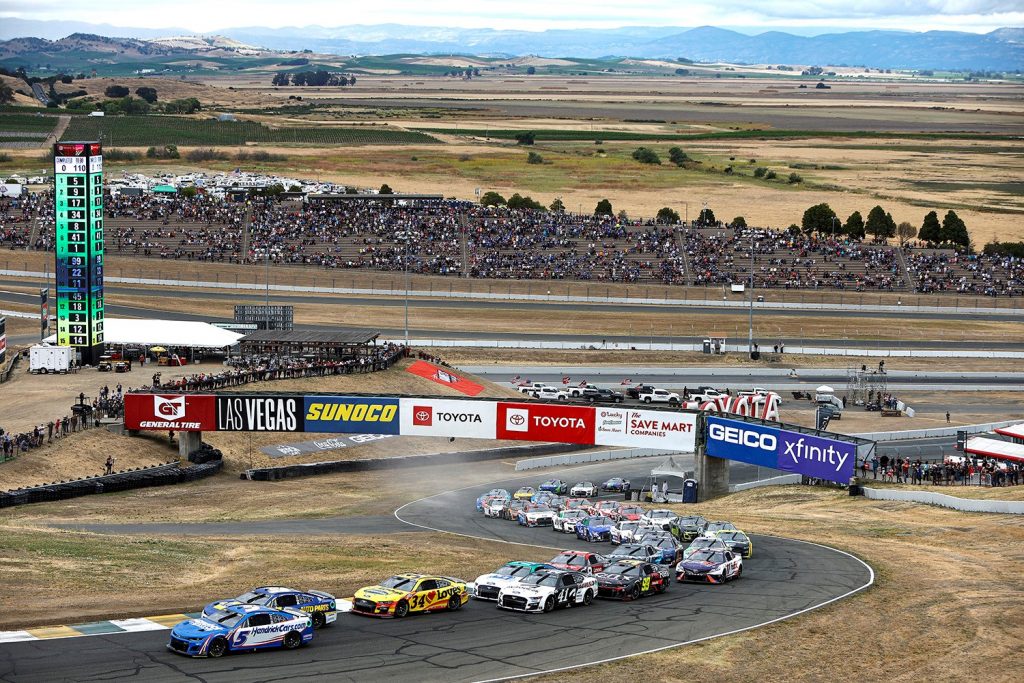 The early stages of the road course race were dominated by the Nascar Chevy teammates of Kyle Larson in the No. 5 Camaro and Chase Elliott in the No. 9 Camaro, who both started on the front row. However, Larson’s No. 5 Chevy lost a tire after exiting Pit Road, while Elliott’s No. 9 Camaro suffered a miscue on a pit stop that forced him to the rear of the field. Larson was scored 15th after leading 26 laps, and Elliott salvaged an 8th-place finish, also leading 26 laps.

The drivers and teams have this weekend off, and the Nascar Cup Series season resumes on June 26th.