Almost nine months after announcing the 2022 Chevy Silverado’s mid-cycle refresh in the Middle East, GM has confirmed that the all-new Chevy Silverado ZR2 is coming to Southwest Asian countries as the nameplate’s new off-road flagship.

The automaker stated that the 2022 Chevy Silverado ZR2 is currently undergoing testing on the challenging roads of the Middle East to ensure that the most extreme version of the Silverado performs as it should in the region. The new Silverado ZR2 will arrive later this year, following the arrival of regular 2022 model-year variants in July. 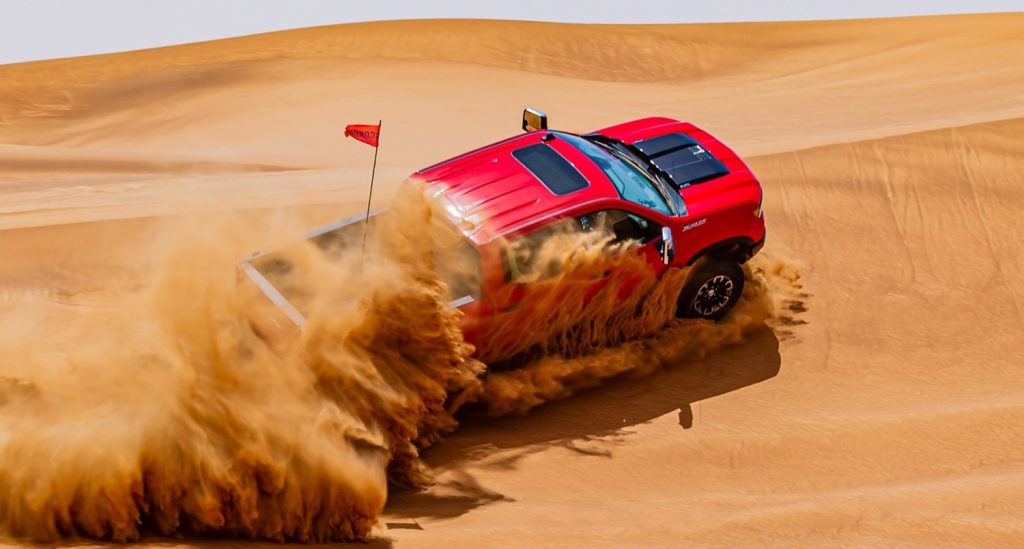 “While our vehicles are thoroughly tested in the US, the unique Middle East terrain is different. For example, desert sand in the region tends to be softer and looser, providing a different off-road experience than in California or Arizona,” said Regional Quality Manager, GM Africa, and the Middle East, Daniel Oden, in a statement. “The all-new Chevrolet Silverado ZR2 has accumulated over 100,000 km of the local road test, to be certain it’s primed for launch later this year,” he added.

To make sure the vehicle meets the expectations of local customers, GM’s quality team is testing the Chevy Silverado ZR2 in the dunes of the Iftar Bowl, Dubai, and in other extreme routes such as the dry valleys and the desert of the United Arab Emirates. The pick-up truck will put all its off-road characteristics to the test for the next three months. 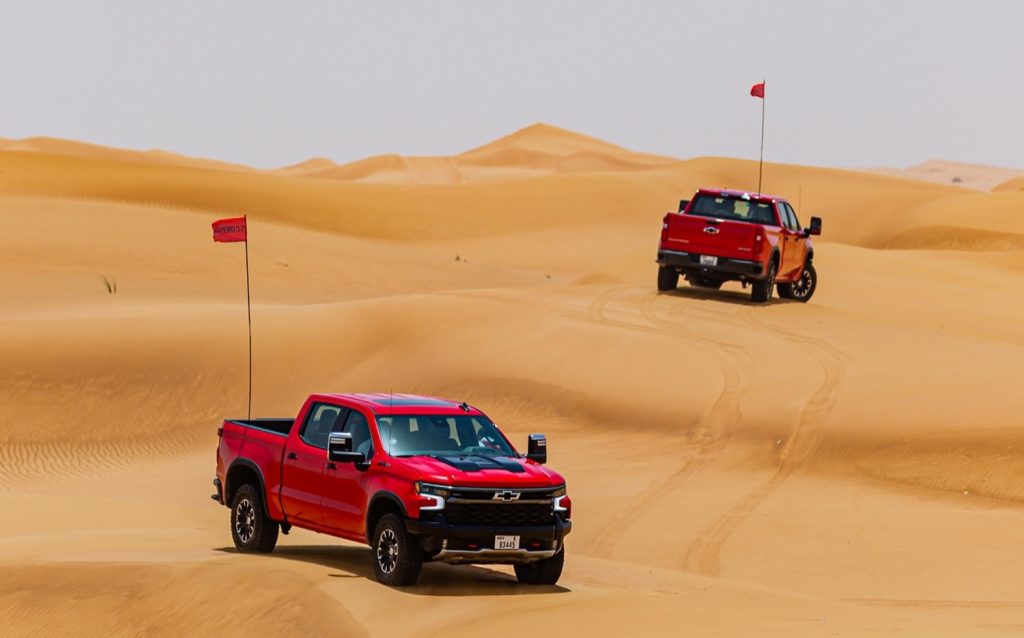 During off-road evaluations of the Chevy Silverado ZR2, the GM team carefully records and analyzes the operation of the air conditioning and engine cooling system, two of the most significant challenges for any off-road vehicle in the Middle East.

The all-new 2022 Chevy Silverado ZR2 will launch within the next few weeks, and will arrive at Chevrolet´s official dealership network in the Middle East later this year. GM is confident that its remarkable off-road features will appeal to local customers and further strengthen the vehicle’s acceptance in the local market.