In car building, as in life, persistence is key. Setbacks are merely learning experiences, and opportunities can pop up in the weirdest of places. Such is the case with this 1967 Chevy Camaro Pro Touring build, as featured in the following video. 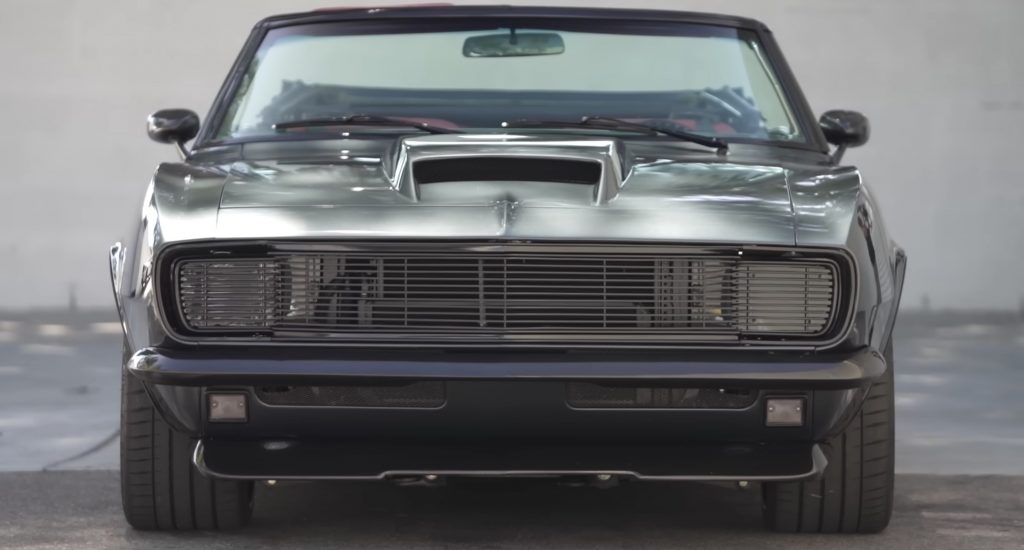 As the story goes, the current owner has had this Chevy Camaro for about 25 years, and during that time, it’s gone through several iterations with multiple Big Block Chevy engines, starting with a 396, then a 427, then a 496, then a 540.

Unfortunately, about three years ago, the car had a major fire. The owner was injured in the fire, and wound up in the hospital for 10 days. The car was totalled. However, despite the injuries, the owner didn’t want to get rid of his Chevy Camaro, so as he lay recovering, his mind was busy piecing together what to do next. The end result after two-and-a-half years of building was this Pro Touring convertible build.

Outside is a full black-out exterior treatment, with the body panels painted in a factory Chevy Corvette color dubbed Son Of A Gun Metal Gray. Carbon fiber exterior details abound, including the bumpers, sideview mirrors, and several other details, while Rotiform wheels with custom carbon fiber-style lips roll in the corners. Sizing is set at 19 inches by 10 inches in front, and 20 inches by 12 inches in the rear.

The car was also equipped with modern wiring and modern amenities, including new power windows, power locks, navigation, and a push-button start. The entire interior was customized and finished with black and red upholstery. 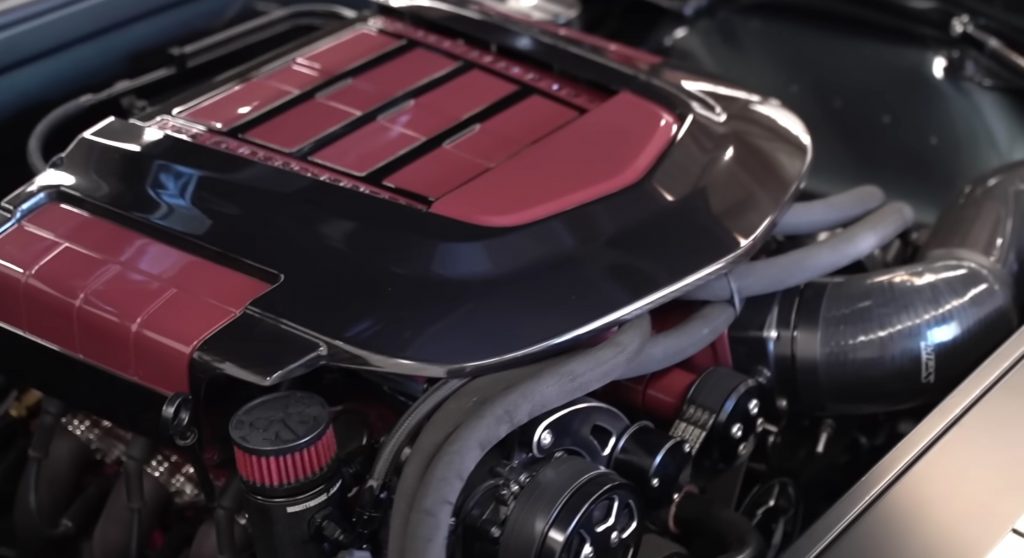 Providing the go is the supercharged LS9 V8 engine from a Corvette ZR1, now upgraded with ported heads, a ported supercharger, and an upgraded cam. Clutch issues meant the car couldn’t be fully tuned, but at the time, the owner says his Chevy Camaro was making around 600 horsepower at the wheels, so it’s estimated to produce more than 750 at the crank.

Under the skin is a Roadster Shop chassis, while a T56 six-speed manual transmission and Strange nine-inch rear end route the output.

It’s a clean build, and an inspiring story as well, so check it out right here: