Big, green, and definitely very angry, this 1987 Buick Regal is far removed from what it was when it first left the factory. Now, this G-body sports an LS swap, nitrous, and all-wheel drive traction to boot, all in the name of fun on the track. Meet the Hulk. 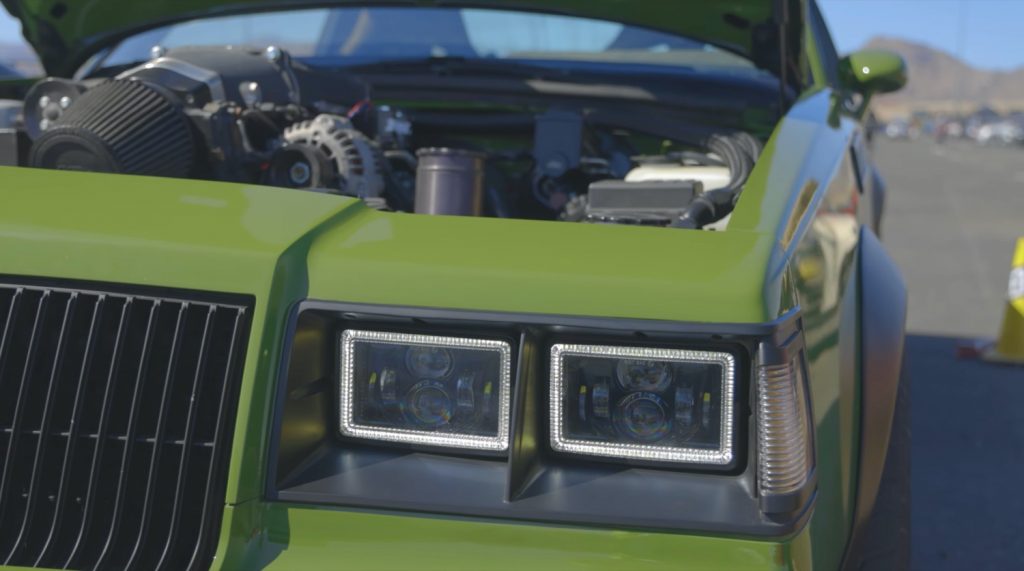 This modified and upgraded 1987 Buick Regal is featured in the following brief video from the folks at Holley, who caught up to the two-door on the grounds of LS Fest West 2022. The car is owned by Ray Lichtenberg from Minneapolis, Minnesota, and it originally started life as a fun daily driver. Now, however, it’s a whole lot more, with the goods on board to handle stints at the autocross and road course, as well as the occasional drag racing and Ultimate Street Car Challenge. Despite the overarching focus on performance, the owner also still takes his ride for cruises and drives it on the street.

The exterior is bathed in a black-and-green color scheme, and features a cutout in the hood that reveals the forced induction goodies underneath. Under the pumped-up black fenders are split-spoke wheels, which house a large Baer brake upgrade with yellow calipers. 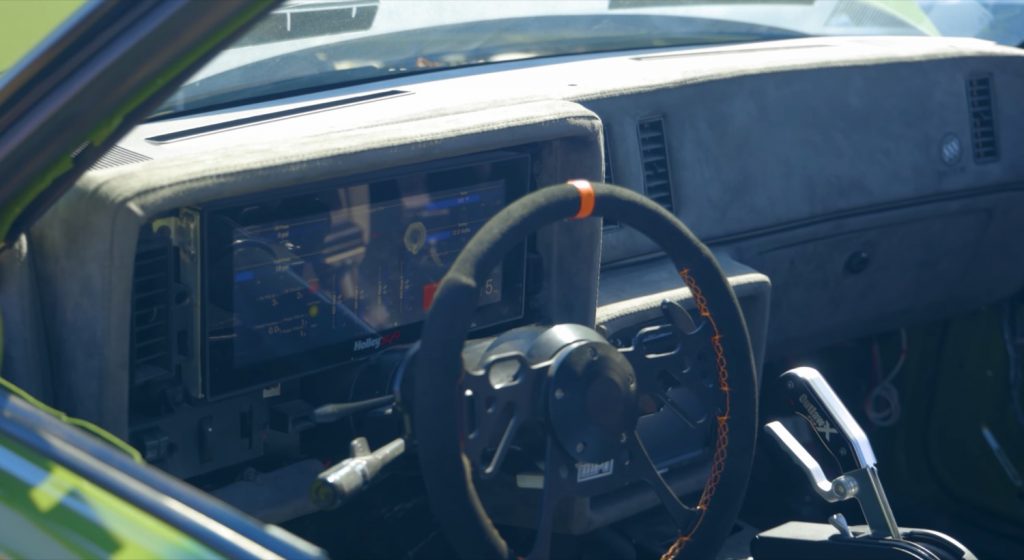 The interior is also focused on performance, with a stripped-down look and bucket seats with the Buick logo embroidered into the seat backs, plus Corbeau harnesses for track time. A digital readout behind the aftermarket steering wheel keeps tabs on the vitals.

Making the heartbeat is a 427 cubic-inch LS7 topped by a massive Magnuson 2650R supercharger, with dry-sump lubrication. As the cherry on top, there’s also a 300-shot of nitrous from Nitrous Express. Output from this thing is a claimed 1,000-plus horsepower. 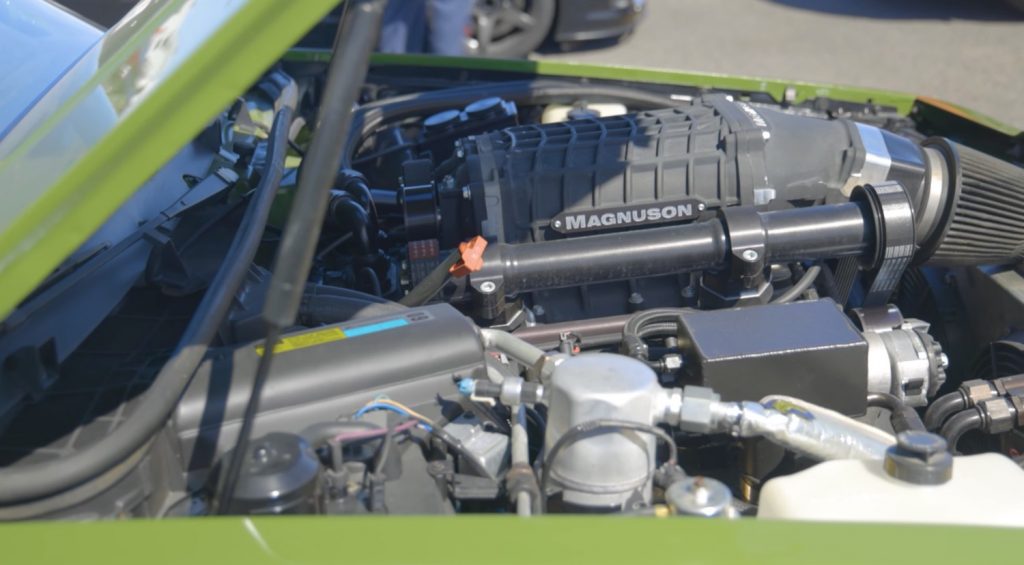 That’s a lot, and unsurprisingly, being able to put it down effectively has proven to be a challenge. To that end, this Buick Regal now rolls with suspension components from the C6 Chevy Corvette Z06, as well as an all-wheel drivetrain swap with pieces from the GMC Syclone.