Introduced for the 1992 model year, the GMC Typhoon was the SUV brother to the GMC Syclone that debuted in 1991. The Typhoon was powered by the 4.3-liter LB4 turbo V6, a shortened version of the 5.7-liter GM 350 small block, but used exclusive pistons, intake manifold, exhaust manifold, head gaskets, main capes, and fuel system with a Mitsubishi TD06-17C/8 turbo and Garrett water to air intercooler. With the turbo producing fourteen pounds of boost, the LB4 powerplant made 280 horsepower and 350 pound-feet of torque. Sending power to all four wheels was a 4L60 four-speed automatic trans and a Borg Warner 4472 transfer case. The front wheels front received 35 percent and while the rear received 65 percent. 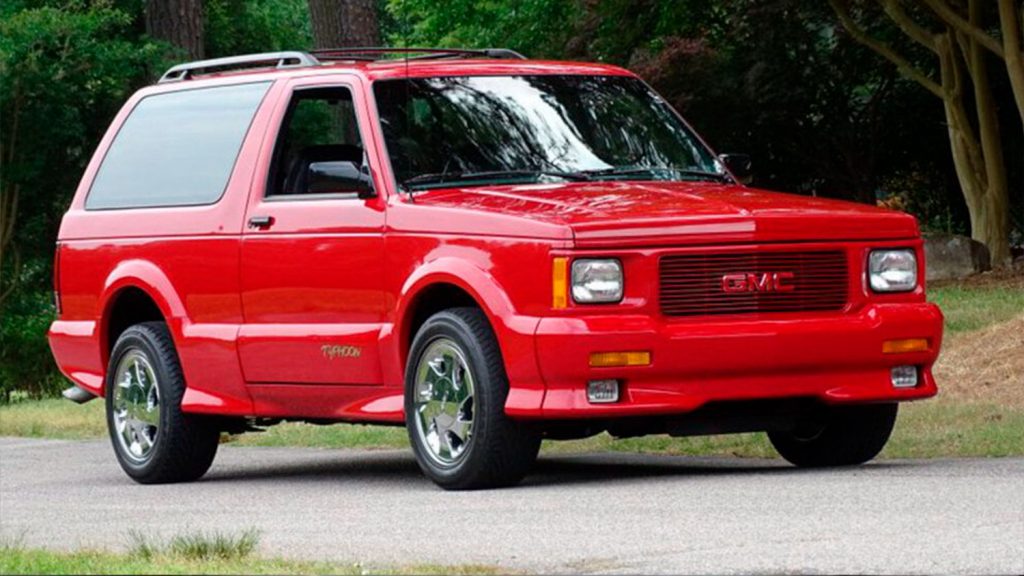 All of this power and traction had some pretty impressive results. According to Car and Driver magazine, the GMC Typhoon would launch from a dead stop to sixty miles per hour in 5.3 seconds and blaze through the quarter mile in only 14.1 seconds. That may not seem like much now, but it was damn fast in 1992, when the Chevy Corvette was doing it in 5.0 seconds and 13.6 seconds respectively. 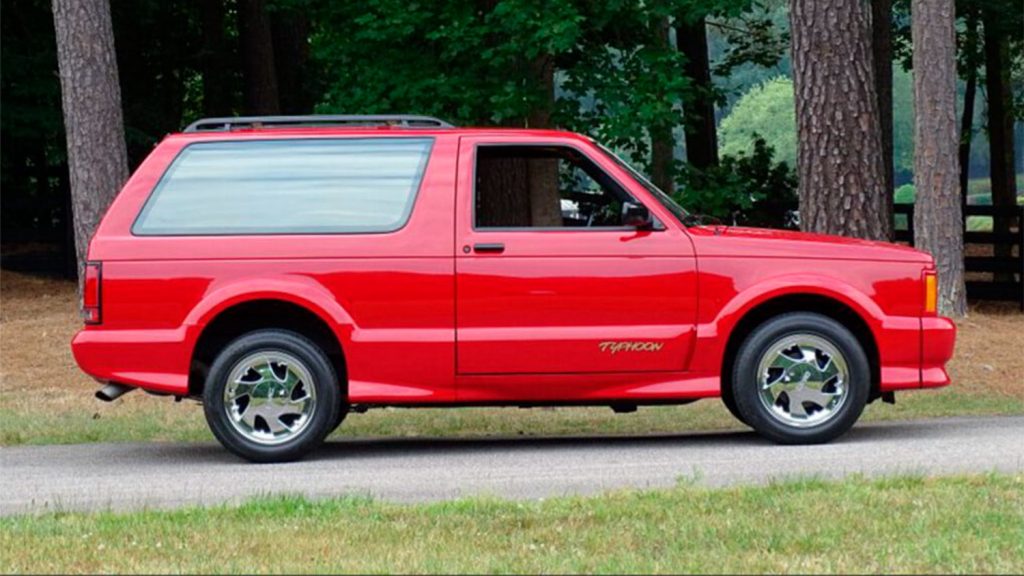 Our feature 1993 GMC Typhoon is finished in its factory original Apple Red with Apple Red trim color, one of only seventy-seven to leave the factory that year. Highly original, it has covered a scant 14,955 miles from new. 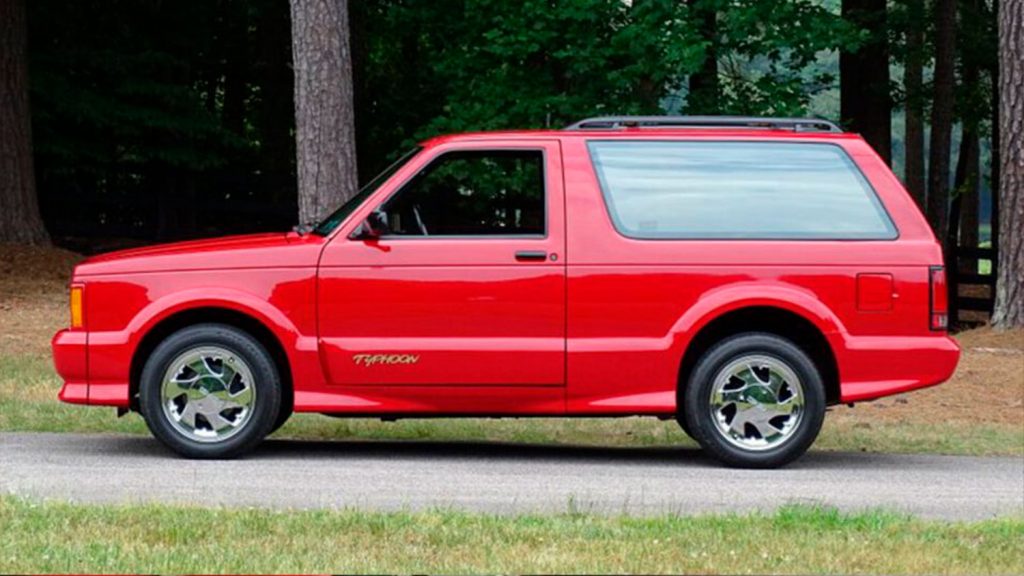 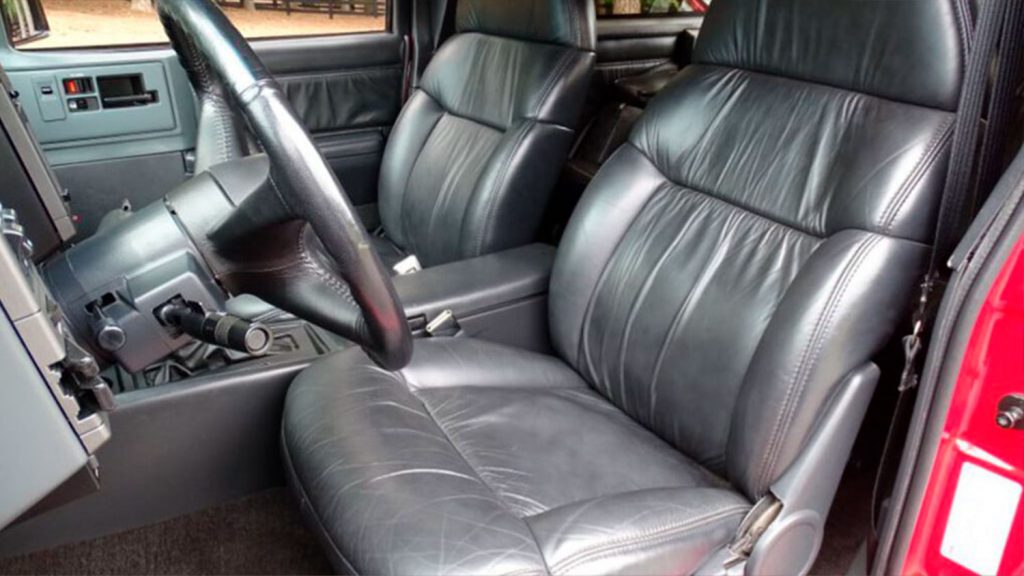 Under the Typhoon’s hood is a tidy engine bay where the potent LB4 turbo V6 resides. It appears to be largely as it left the factory, with no modifications observed. 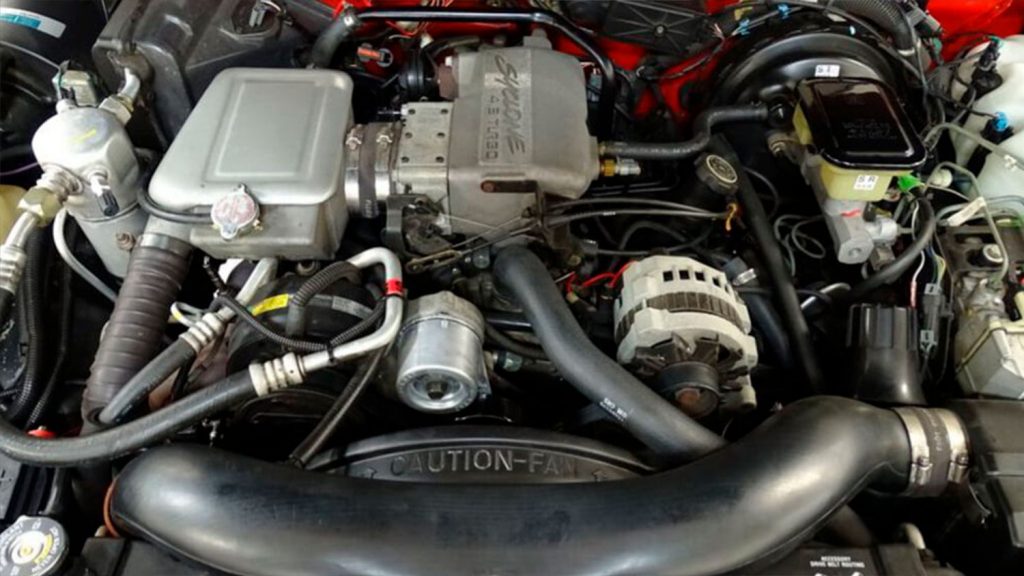 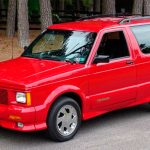 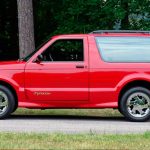 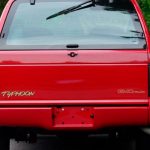 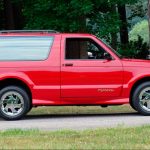 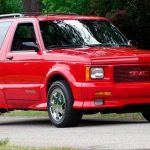 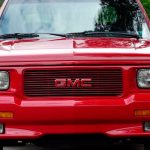 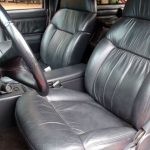 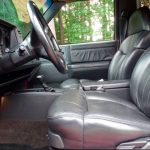 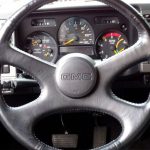 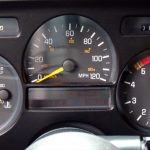 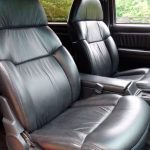 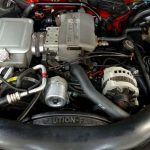