Produced between 1969 and 1987, and again later between 1994 and 2007, the Chevy Monte Carlo nameplate has seen a total of six generations come and go over the years. Now, this second-gen 1973 Chevy Monte Carlo is up for grabs in a new online auction, sporting a mere 9,000 miles on the odometer. 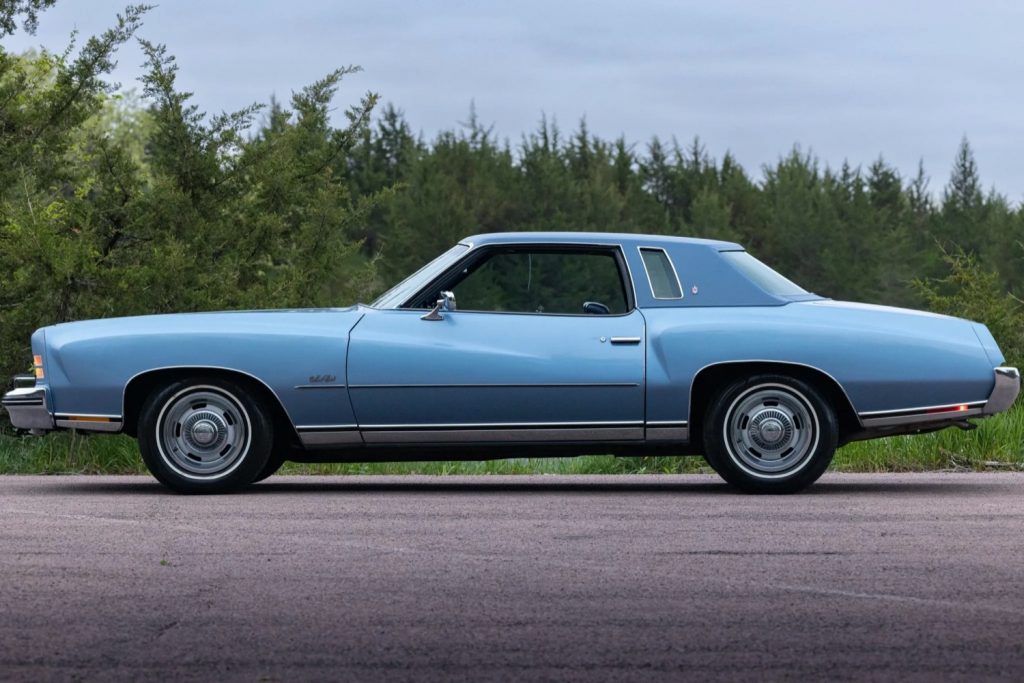 According to the listing, this 1973 Chevy Monte Carlo was originally delivered new to Kerr Chevrolet in Hastings, Nebraska. The current selling dealer acquired the vehicle in April of this year.

Outside, the Monte’s old-school cool body lines are finished in Light Blue Metallic paint, which is matched to a blue vinyl roof. The corners show off a set of 15-inch Rally wheels with Chevy center caps, with the rollers wrapped in 215.75 Hankook Kinergy ST tires. Chrome bumpers sit at both ends. Understandably, the exterior does show some minor blemishes here and there. 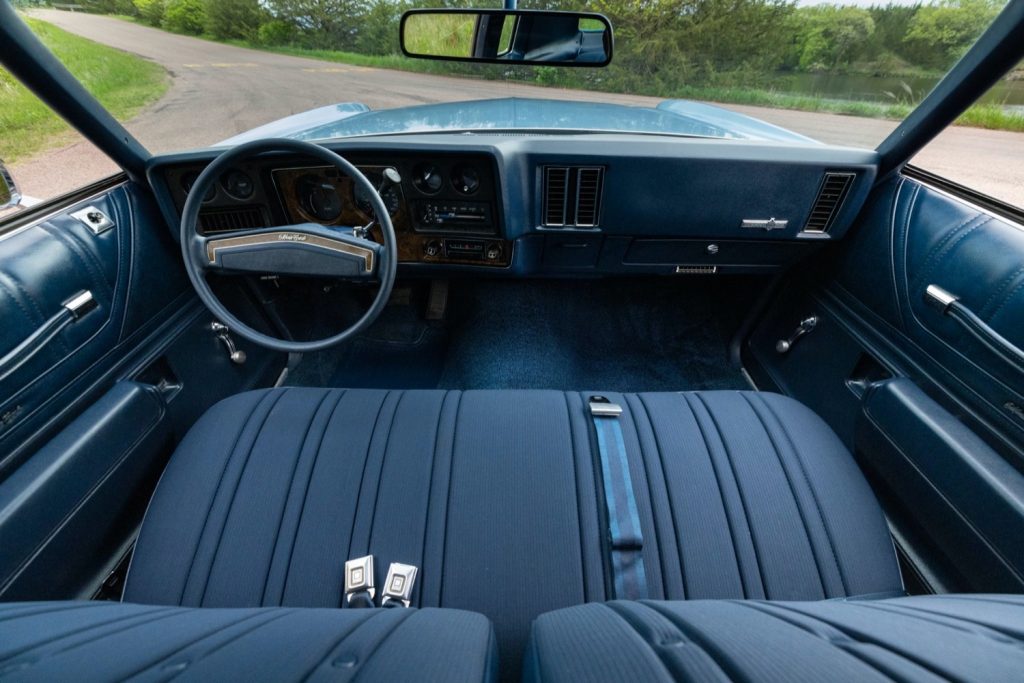 The blue exterior is matched with a full blue interior treatment. Features are abundant, and include highlights like air conditioning (converted to R134a refrigerant in 2016), cruise control, a Delco push-button AM radio, an analog clock, and a locking glovebox. Don’t forget the wood grain on the two-spoke steering wheel, matched with the gauge surrounds behind the wheel.

Providing the motivation in this 1973 Chevy Monte Carlo is a 350 cubic-inch V8 engine topped with a four-barrel carburetor. When new, output from the factory was rated at a maximum of 175 horsepower and 260 pound-feet of torque, all of which is sent rearwards through a three-speed automatic transmission. There’s also some power-assisted front disc and rear drum brakes to slow it down. 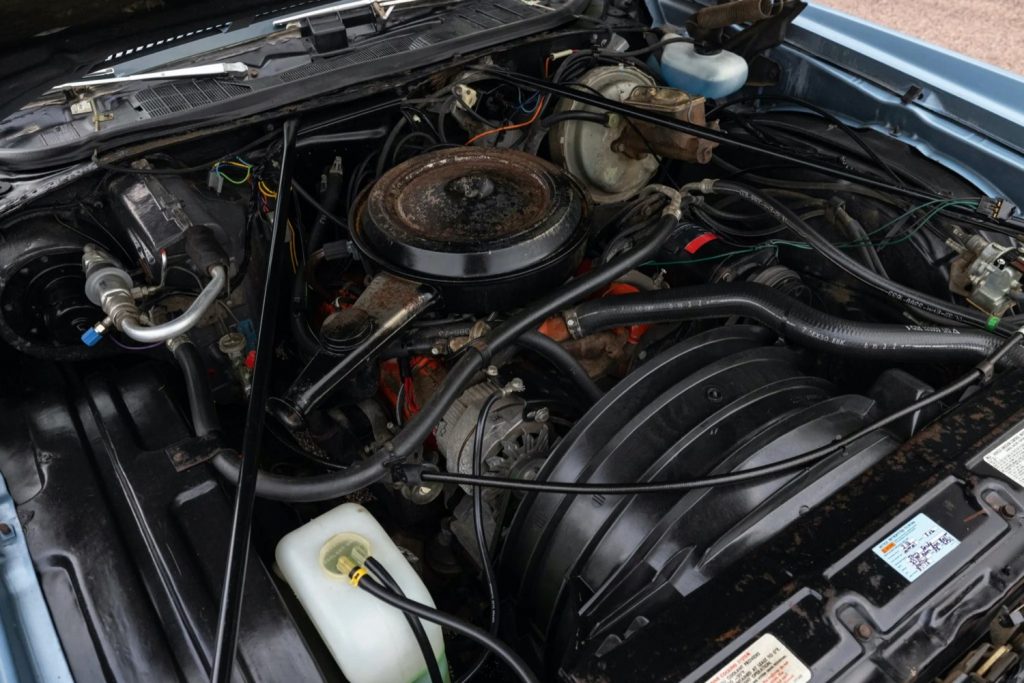 Now, this 1973 Chevy Monte Carlo is up for grabs on Bring A Trailer at no reserve. The sale includes the window sticker, manufacturer’s literature, sales documentation, and a clean South Dakota title. The current highest bid as of this writing is $12,500, with roughly 19 hours left in the auction