Newgarden started on the front row behind polesitter Rossi and kept the Honda driver honest in the opening stages of the race, shadowing him until the pair dipped into the pits for fresh tires and fuel on Lap 16 of 55. Quick work by the Team Penske pit crew put Newgarden ahead as the pair raced off pit road, with the Chevy driver maintaining his track position over Rossi until the pair pitted once again for fuel and Firestones on Lap 42.

Newgarden grew his lead over Rossi to nearly three seconds over the next seven laps before a caution came out on Lap 50, when Pato O’Ward stopped on track following an engine failure. Helio Castroneves then spun on the exit of the final corner following the green flag restart four laps later, bunching the field up for a green flag restart with just four laps remaining. Newgarden survived the final restart, holding off a hard-charging Rossi in the approach Turn 1 and keeping him at bay for the final three tours of the 4.048-mile road course to take his third win of the season. 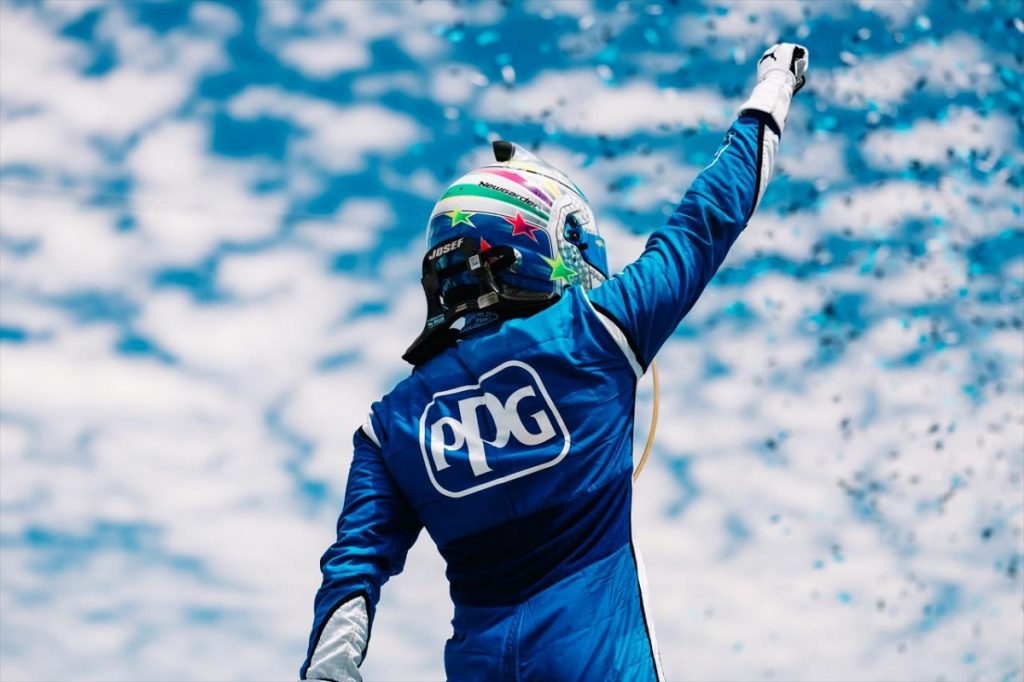 Newgarden’s Road America triumph netted him the $1 million PeopleReady Force for Good Challenge bonus, which is given to the first driver to win on all three track types that IndyCar races on. These include temporary street courses, ovals and permanent road courses.

“To finally get it done and most importantly to give that money to charity, half of that money is going to charity with SeriousFun Network and Wags and Walks Nashville,” Newgarden told IndyCar post-race. “I hope they’re happy about it. That’s a lot of money coming their way.”

“You’ve got to be on your toes at all times (in this series),” he added. “You can go in with a plan, but you probably have to change your plan 90 percent of the time once the race starts to unfold. To be able to hit all these disciplines with this team, for me it’s the best series in the world.”

Full highlights from the Sonsio Grand Prix from Road America are embedded below. IndyCar heads to Mid Ohio next for the Honda Indy 200 on July 3rd.