In case you haven’t heard, Cadillac is transitioning to an all-electric lineup, starting with the new Cadillac Lyriq crossover. However, there’s still plenty left to say about Caddy’s internal combustion efforts, especially in the realm of performance, as Jay Leno will tell you with this review of the 2012 Cadillac CTS-V. 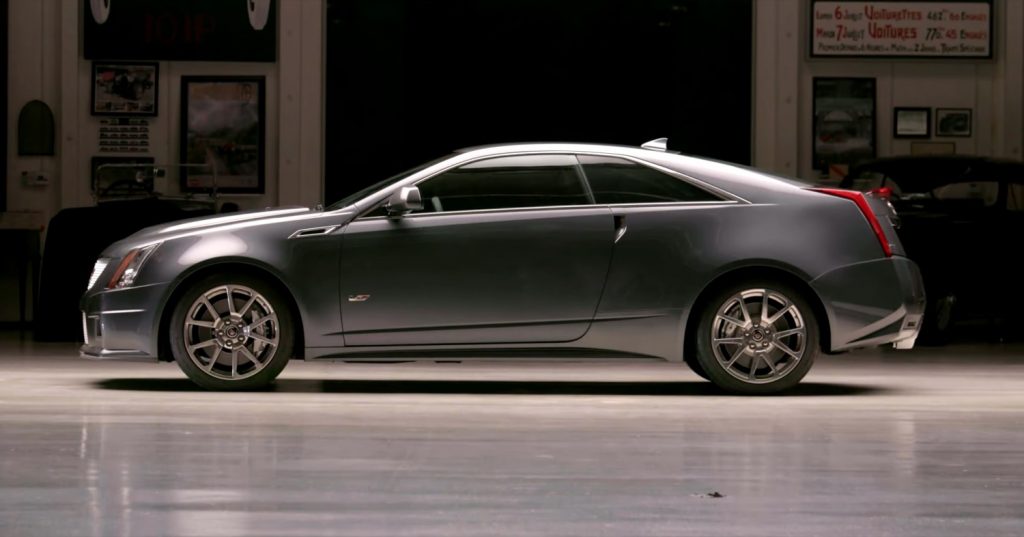 As it turns out, this particular two-door is Leno’s personal vehicle. Hailing from the second-generation CTS-V lineup, this vehicle is based on the GM Sigma II platform, with multiple body styles offered at the time, including a four-door and a wagon. However, Leno says he prefers the two-door Coupe.

The 2012 Cadillac CTS-V arrived in the midst of a major brand image change at Cadillac, with a shift towards a leaner, more athletic lineup characterized by models like the CTS-V.

Leno likens this thing to “a four-seater Corvette,” and there’s some truth to that. Under the hood is the supercharged 6.2L V8 LSA engine, which is based on the LS9 V8 in the C6 Chevrolet Corvette ZR1 and produces a maximum of 556 horsepower and 551 pound-feet of torque 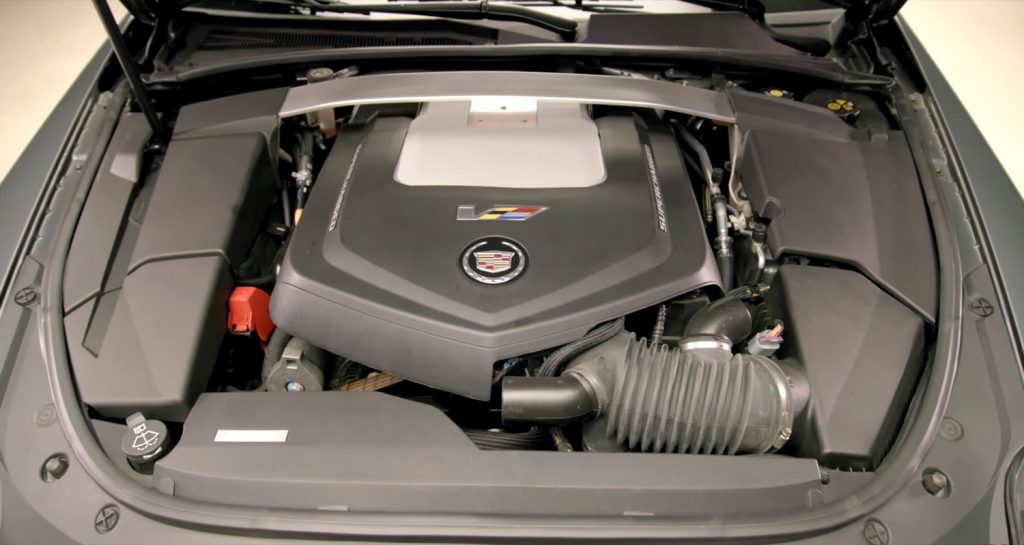 Ever the enthusiast, Leno says one of the biggest reasons he bought the 2012 Cadillac CTS-V was for the manual gearbox. He also likens the handling to that of the new Cadillac CT5-V Blackwing, while the cabin is spacious and comfortable, with the perfect Recaro bucket seats for the application.

Leno says it’s quite reliable as well, and that his Cadillac CTS-V has only really needed the occasional oil change. In fact, the only real critique Leno has is the size of the wheels and tires, with the former Tonight Show host wishing for something a bit bigger to eliminate a lot some of the wheel well gap.

The video is done in the typical Jay Leno’s Garage fashion, with a look around the exterior and interior, a few specs, and a drive around the streets of Southern California. Check it out right here: